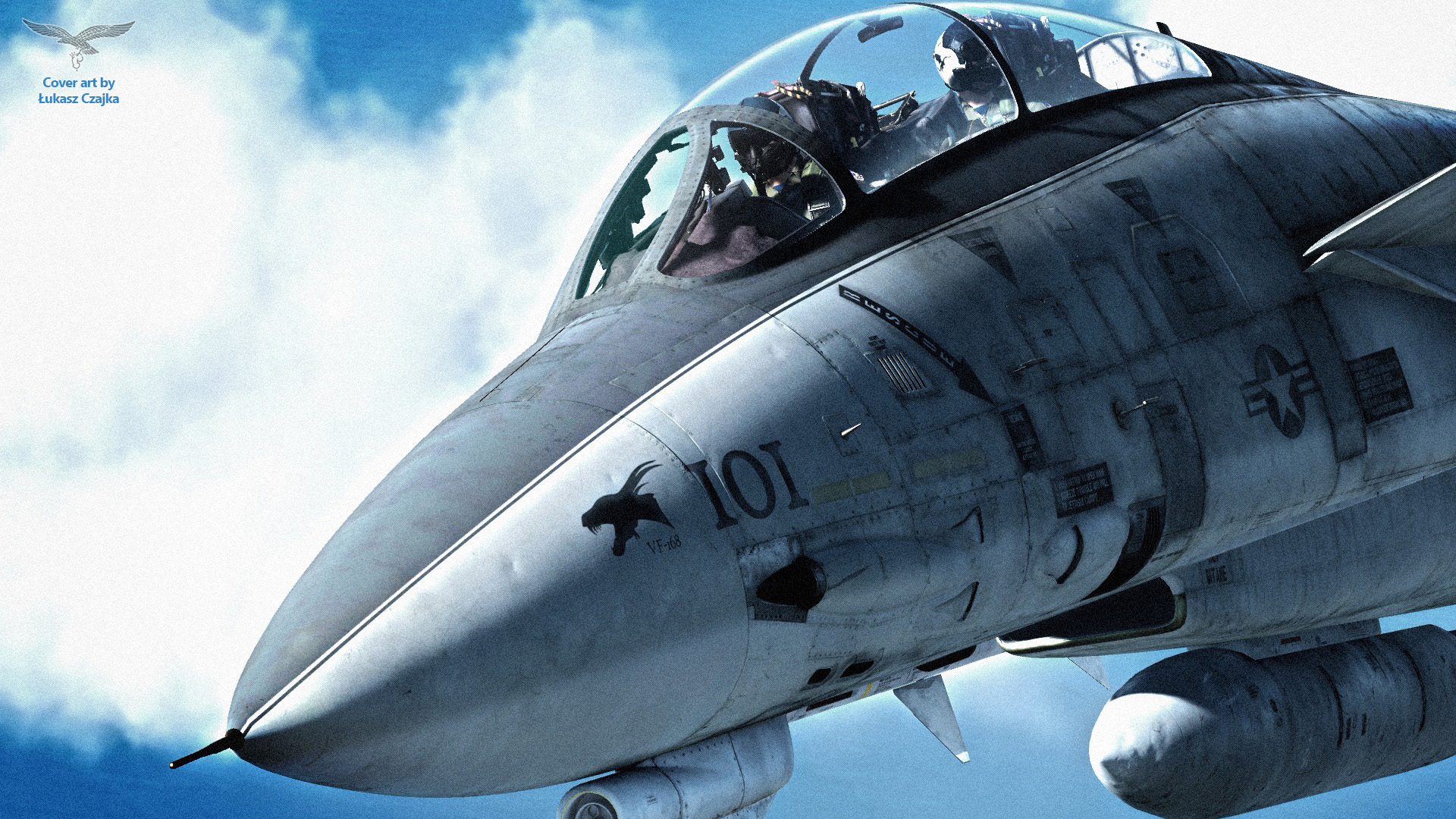 Typ - Anstrich
Autor - entreaken1
Introducing VF-168 Dragon Riders. This is a fictional skin for the F-14B Tomcat that represents MODEX numbers 100 through 103 (for Parts 1 and 2) for aircraft attached to the USS Ranger (CV-61). These are Low Visibility Tactical Schemes that depict the condition of the aircraft after a long cruise.

Part 1 to this pack can be found at: https://www.digitalcombatsimulator.com/en/files/3314842/

These skins complement the high visibility liveries for the Dragon-Riders that can also be found in the User Files.

Part 2 provides liveries for 102 and 103.  The choice of “168” is inspired by the USS Nimitz CVN-68 which I served aboard with the Reactor Propulsion Department.  Tomcat squadrons typically simplified the low visibility schemes for the aircraft compared to the higher visibility paint schemes from the late 1970s into the early 1980s. This livery set includes MODEX numbers 100 and 101.
Tags: Tomcat, Fictional, VF-168, Dragon-Riders
FOLLOW US