The Bf 109K-4 has a conventional control scheme with surfaces that include a vertical stabilizer, rudder, horizontal stabilizer, two elevator, two aileron, and flaps.

As the entire tailplane can be trimmed in flight by using the Horizontal Stabilizer Trim Handhwheel, elevator deflection depends on tailplane position.

The flight stick can also be moved sideways to control the ailerons in conventional fashion.

Flap position is controlled via a handwheel located to the pilot's left. The flaps position scales are drawn on root part of flaps and visible from cockpit. Flaps can be deflected from 0 to 40°, with the 40° position reserved for landing, and 20° generally used for take off. One full turn of the flap handwheel is equal to roughly 5° of flap deflection; therefore four full turns are required for the Take-Off position, and eight full turns for Landing.

The aircraft is generally easy to pilot when proper control forces is applied. However, the tendency of the left wing to suddenly drop on take-off and landing is the aircraft's Achilles heel. Precise rudder input is required to counter the yaw.

The Bf 109 features retractable narrow-track landing gear. Wheels are raised and lowered hydraulically. There is also an auxiliary manual system for operating the gear.

The tailwheel on the 109 went through many changes. While many earlier variants featured a fixed tailwheel, the K-4 reintroduces the retractable type that improves high-speed performance. The tailwheel also features two small clamshell doors covering the recess when the tail-wheel was retracted.

The undercarriage is controlled by simple push buttons located on the cockpit's left-hand side.

In case of hydraulics failure, the main gear can also be lowered by pulling the emergency gear extension handle. This unlocks the shock struts which can then extend with the help of gravity and sealed air jacks.

The tailwheel is retracted simultaneously with the main gear. It can be locked or unlocked via a control rod located by the pilot's left elbow.

The Bf 109K-4 has hydraulically operated brake shoes on each of the two main wheels. Each has its own hydraulic pump and brake lines. Each wheel can be braked individually.

The entire system is conventionally operated via rudder pedals.

Engine supply situation has often been a weak spot for the German aircraft industry, and it was especially felt in 1944 and 1945 as the 109K was in production. A variety of DB 605 variants were installed on production K-4s. Initial plans to use the advanced DB 605L with a two-stage supercharger were foiled with a single lucky Allied bomb that took out a high-altitude test chamber, delaying 605L deliveries by nearly a year. As it is, production 109Ks shipped with DB-605B, DB 605DC, DB-605ASC, or DB-605ASC, with some very late production K-14s finally receiving the DB 605L. 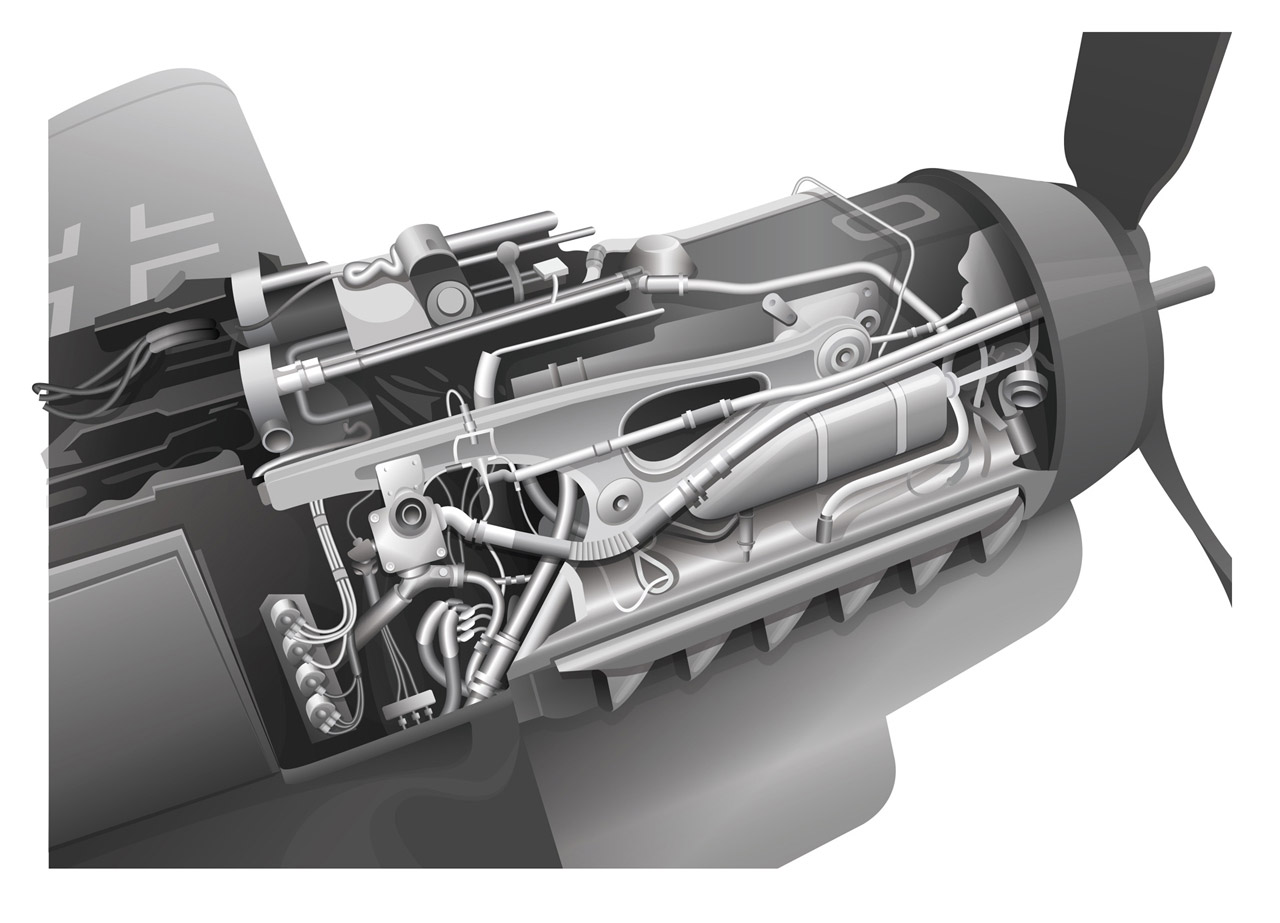