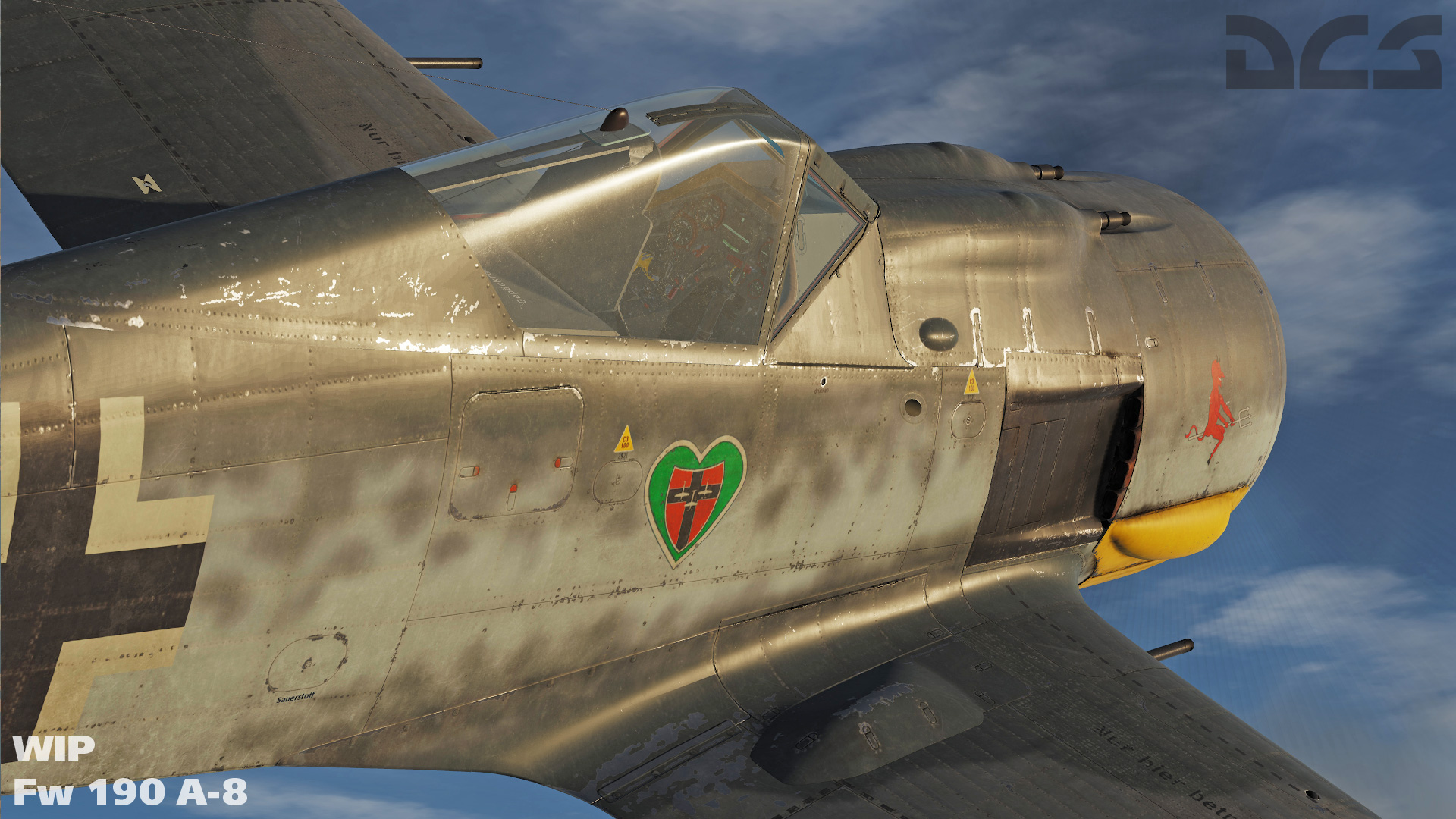 We would like to share some exciting news on the progress of the Fw 190 A8 for DCS World. As we approach the 80th anniversary of the first flight of the Fw 190 back in the spring of 1939, the module for DCS World has taken its own first flight internally. As you can see in the included screenshots, while still early, progress is moving along at a good pace. With this new module comes some new features, such as the new fan-assisted air cooling model introduced to the oil cooling and engine air intake system.

Starting from the A8 oil cooler, the system will hold true with our current engineering approach and use the same math for radiators which has become much more efficient in compiling (saving time and minimizing mistake probability) as well as adding new opportunities for integration with the new Damage Model. Because of this it will handle punctures and over-heating correctly and is a much more robust system regarding any weird combination of input parameters. Eventually, this new system will replace the old one in all WWII aircraft.