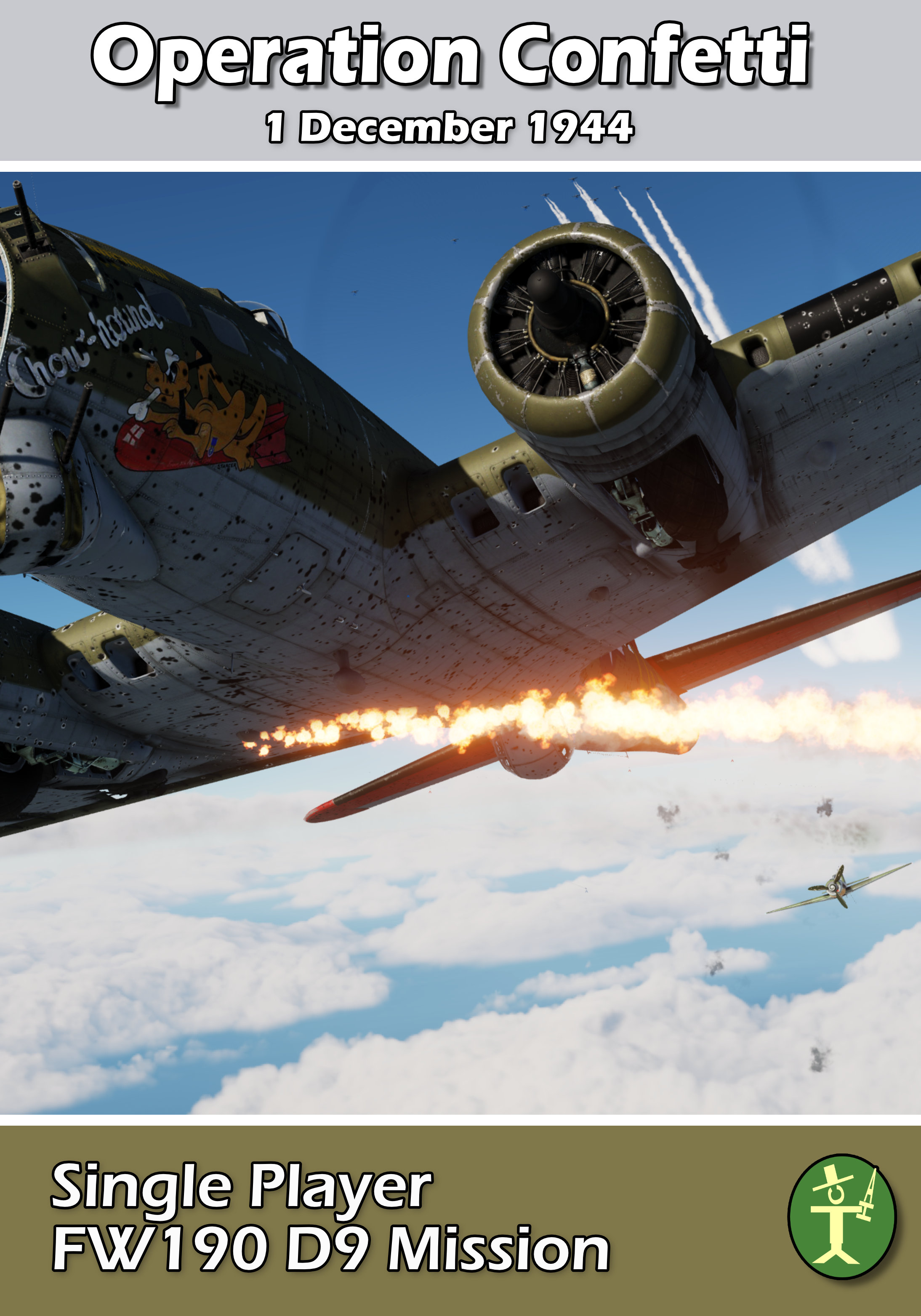 It has been a busy day in the skies with many American bomber raids leaving contrails over the Fatherland today. More bombers are expected in the next few hours. We cannot hope to stop them all but for each one we shoot down we save the lives of hundreds of our citizens and factory workers.

We believe another bomber raid is about to launch from Britain and will fly through the clearer weather in the region of Le Havre.

You, and your flight of four 190 D-9 Doras, are on standby to scramble against this threat.