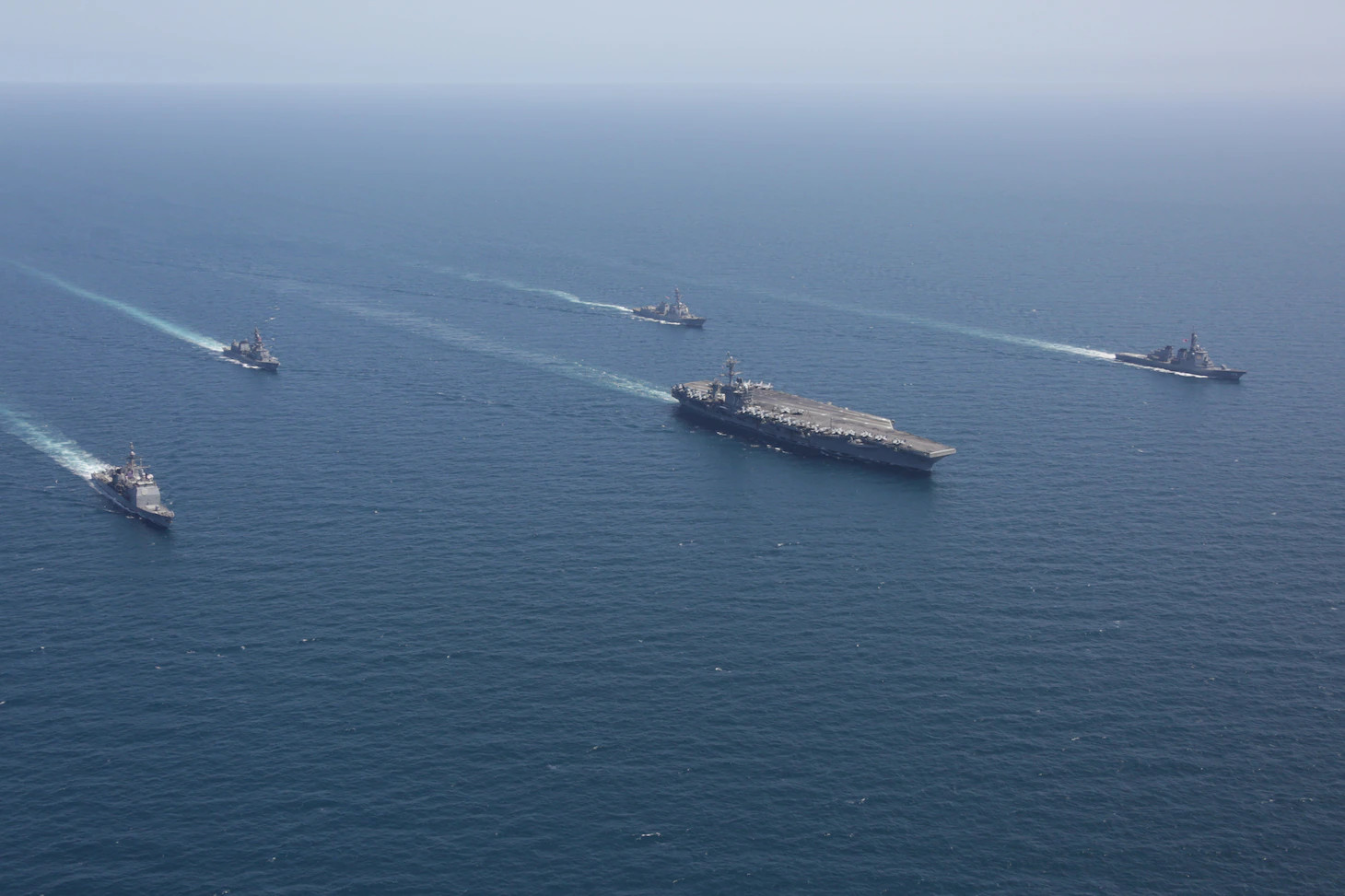 Typ - Einzelspielermission
Hochgeladen von - pm_me_youngs_modulus
The USS Abraham Lincoln (CVN-72) and her strike group (ABECSG) have deployed to the Marianas Islands for exercises.  Accompanied by USS Tarawa (LHA-1), the pilots of carrier air wing nine (CVW-9) and VMA-211 are tasked with completing carrier qualifications and V/STOL qualifications, as well as practicing air-to-air refueling and weapons employment.

This is a free flight mission to train carrier trapping and air to air refueling, there are also some AAA sites on the main island and some SAMs on Rota to practice weapons employment if desired.  An S-3 tanker is launching from catapult three ahead of the flight and circling the carrier's route to provide airborne tanking and a KC-135 MPRS is taking off from Andersen AFB and circling to the east of the carrier's route as well.  The mission is also set to start at 4:00 pm so that you can practice case I and case III recovery in the same mission if you wish.

This mission allows the user to fly the following aircraft:

I wanted to model a mission based as closely on a real world strike group as I could but some suspension of disbelief is required on the user's part, while carrier air wing nine is assigned to the Lincoln's strike group I don't have the correct skins, the F-14 Tomcat has obviously been decommissioned for years, and the strike group is steaming in much closer proximity than it actually would during flight operations (this is purely for aesthetics).

IMPORTANT:  The MOOSE script and attached Rescue Helo script are required for the SAR helo to work correctly.
- The MOOSE script can be downloaded here:  https://github.com/FlightControl-Master/MOOSE
- Lincoln_Rescue_Helo.lua is included in the zip, both files need to be saved in the "Scripts" folder.

This is my first time creating a mission with the editor and using scripting to add functionality to it so if anyone has any questions, comments, recommendations, or problems please feel free to let me know.