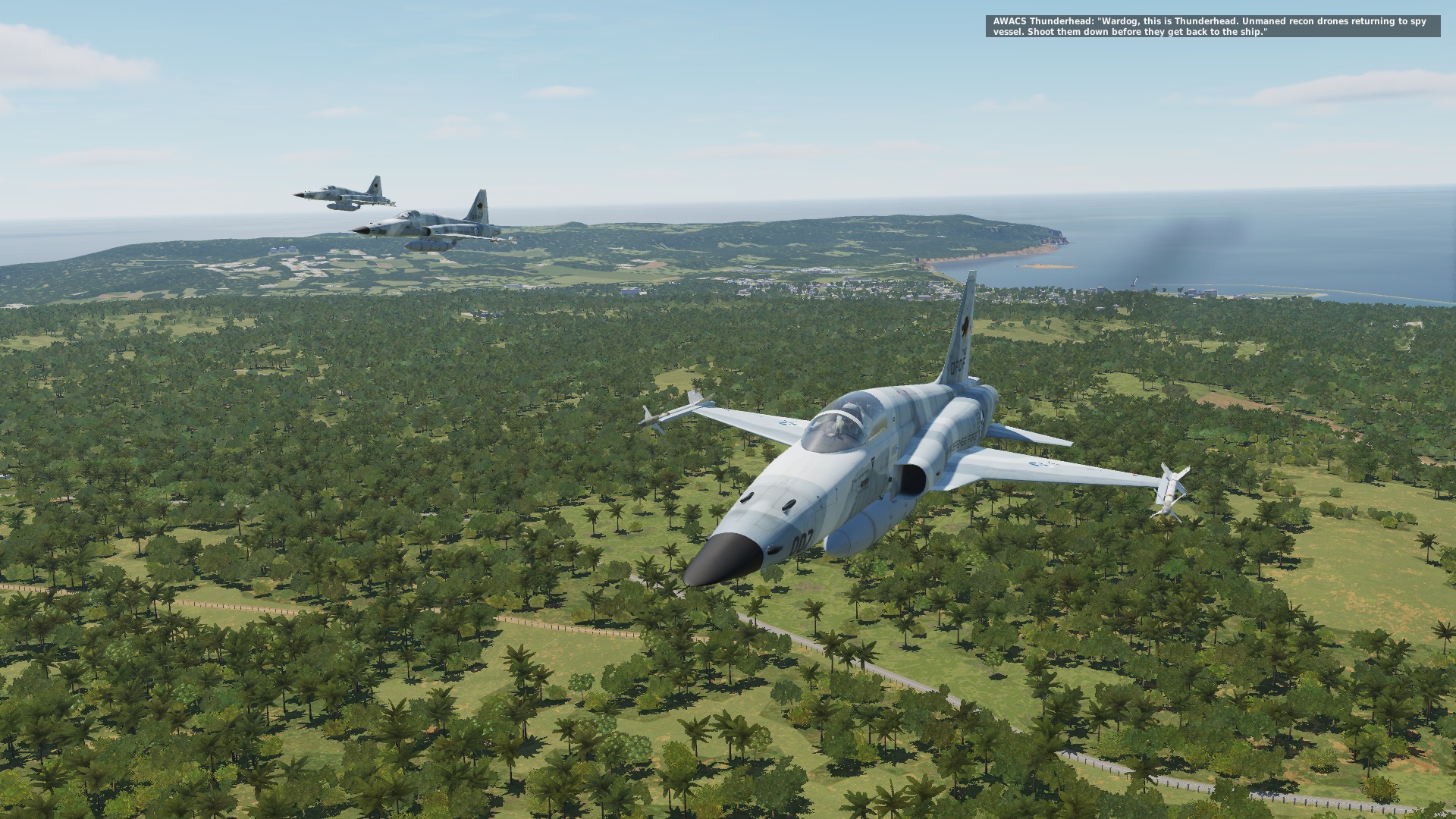 Typ - Einzelspielermission
Hochgeladen von - GausserYyormes
Second mission of a series of missions about my attempt to honor one of my favourite videogame sagas: Ace Combat. By making missions inspired on the games into DCS: World. This mission features air combat against drones. Watch your ammo because a flight of Mig-21 will come later to reinforce, followed by a squadron of Mig-29A. Use your radio to comunicate with your squadron and AWACS when needed or listen to the soundtrack using the radio presets (details below).

Airspace around Sand Island had already been violated once before on September 23, when a squadron of unknown aggressors opened fire on a training squadron, killing ten pilots. Osean airspace was again violated the following day when an SR-71 was shot down, along with a flight of unknown aggressors. Airspace remained calm for two days...

A ship of unknown origin has been detected approaching the Sand Island coastline. We've confirmed that this ship has launched numerous unmanned aerial vehicles probably used for reconnaissance.

The UAV will likely return to the launch ship for retrieval after completing their spy operations. You are to halt this operations by intercepting and destroying these recon drones before they can be recovered by the ship.

However, do not attack the ship until further orders are transmitted.