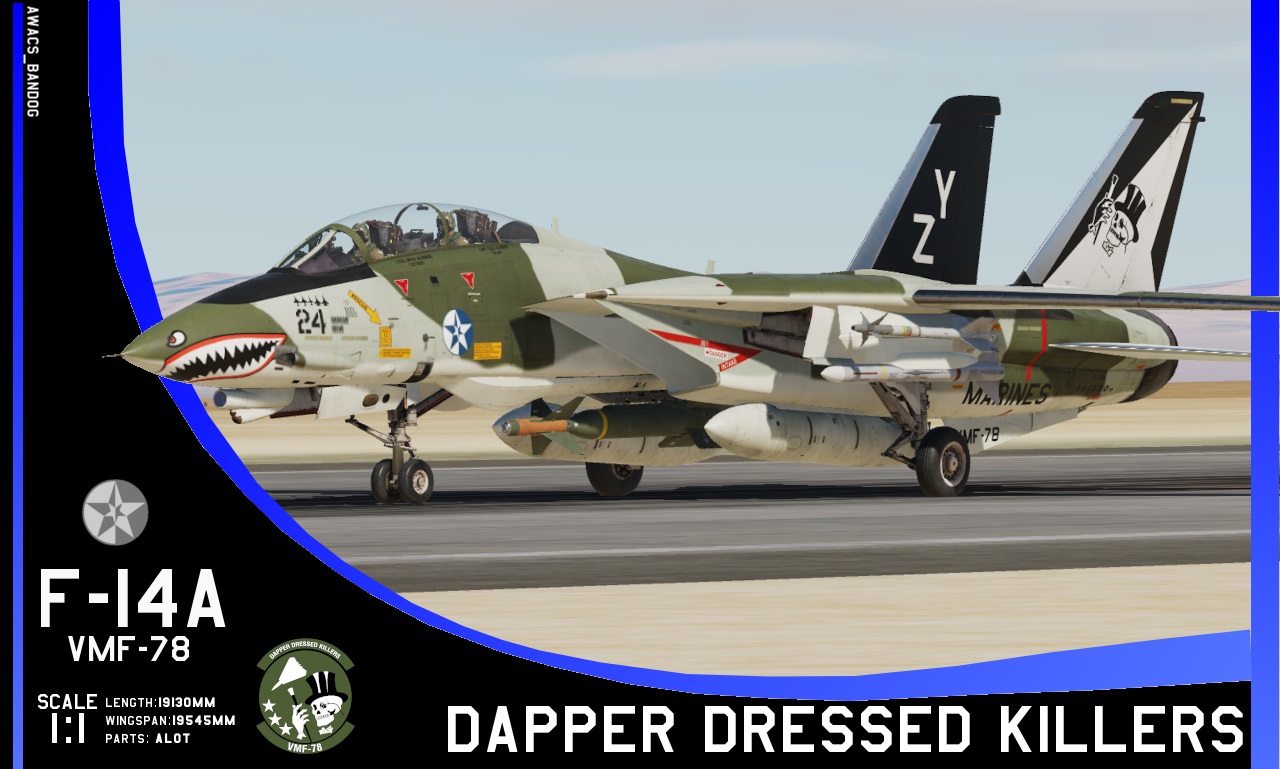 Established in the late 1970’s, VMF-78 was an experiment within the largely overlooked Osean Marine Corps aviation branch. Taking the then state-of-the-art fighters, the Marines would learn to use them as close-air-support bombers. First with standard iron bombs, then later using Laser-guided munitions with their LANTRIN upgrade before the Belkan war. With their precision weapons, the Marines would launch multiple raids against hardened Belkan positions on the western front, helping eventually push the Belkans into a full retreat.

With the conclusion of the Belkan war, the Marines would not see combat until fifteen years later against their original enemy, Yuktobania. During which, the marines would participate in multiple air interdictions in the opening weeks of the war, until going on the offensive in November of 2010. The Killer’s would help push the Osean lines as far as Gunizudo, Yuktobania until the end of the war came on New-Years Eve of the same year.


his is not intended as a replica of an Ace Combat squadron within the lore.


Big Thanks to _YaeSakura_ for their Vintage F-14 Decals and work. Check out their Userfiles of real historic aircraft here -> https://www.digitalcombatsimulator.com/en/files/filter/user-is-_YaeSakura_/apply/


Credit to u/ThatSoldierKid02 for his Top Gun patch I used on the Ace skin.
Hope you enjoy!

Please contact me on Discord at AWACS_BANDOG#7420 for any questions or bug-reports, thanks!
Tags: Ace Combat, Marines, Osean Marine Corps, OMC, Tomcat, F-14, F-14A
FOLLOW US