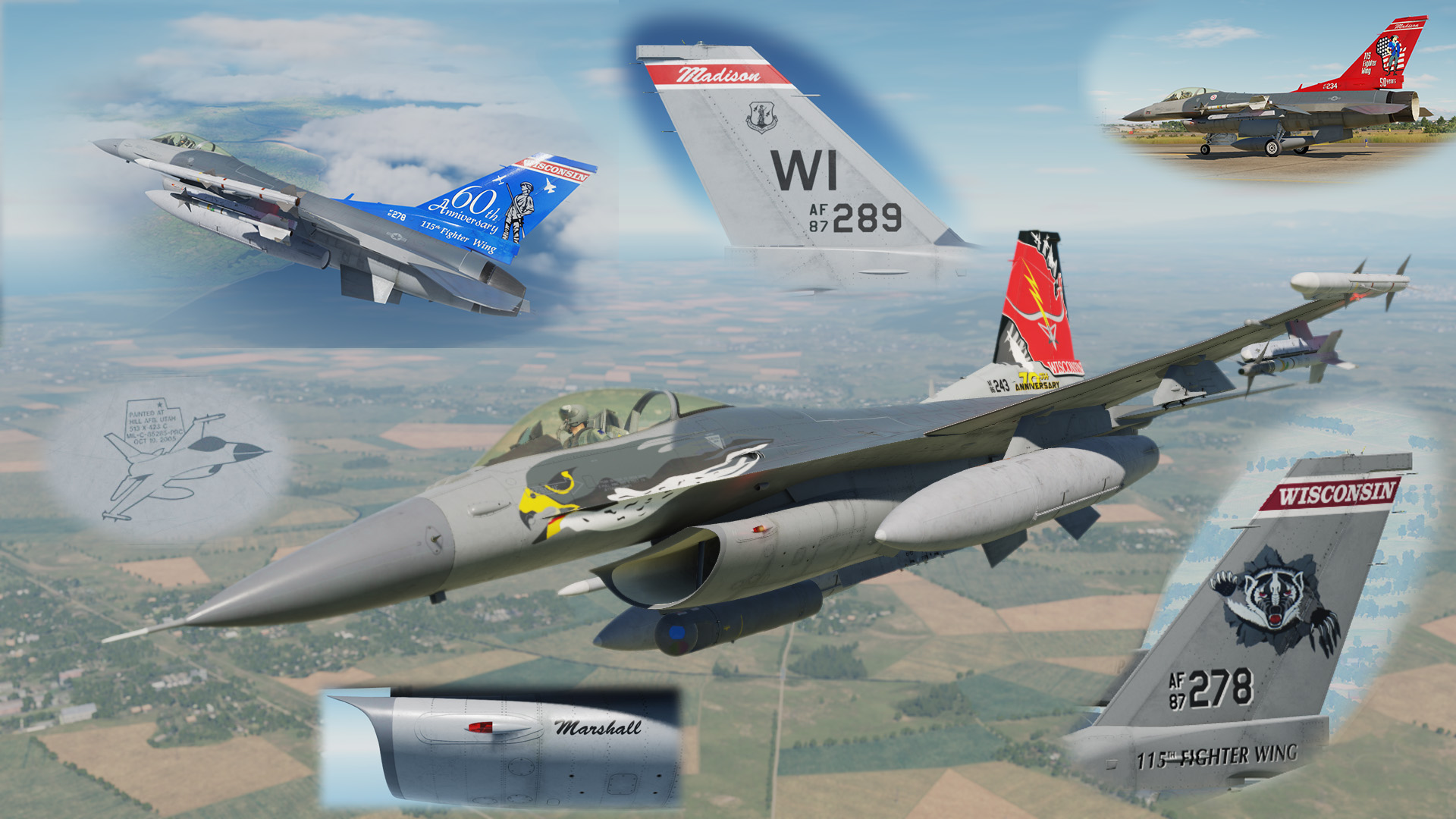 Liveries run from the earliest 128th Fighter Wing jets from 1993 to the latest Have Glass V paint schemes.

LINK FOR THE PACK IS IN THE README FILE

This pack includes a selection of 28 skins from the 176th Fighter Squadron, Wisconsin Air National Guard seen on F-16C Vipers from 1993 to present day.

Included are the latest Have Glass V schemes of today through the first 128th Fighter Wing livery before the WI ANG changed to the 115th Fighter Wing in 1995.

Three colorful tails from the 50th, 60th, and 70th Anniversary schemes are represented, as well as the famous Badger tails. Multiple "Fighter Wing", "Fighter Squadron", and "Operations Group" skins are included, as well as several regular tails from various eras indicated as "Early", "Mid" and "Late".

In addition to the tails, many details were included such as the varied gray paint line delineations under the canopy, various placement of the Outstanding Unit Award ribbons, and even the different ejection seat warning sign placement. Some jets have the township names on the left intake, and many have various "Painted by" icons on the right rear fairing. Refuel markings on top of the fuselage are also represented for each specific aircraft. The pilots wear the red wings patch, the "Badger Air Militia" patch, and the 115th Fighter Wing patch.

The manual details specific WI ANG tail numbers to use for maximum authenticity when adding tail serial numbers in the Mission Editor.