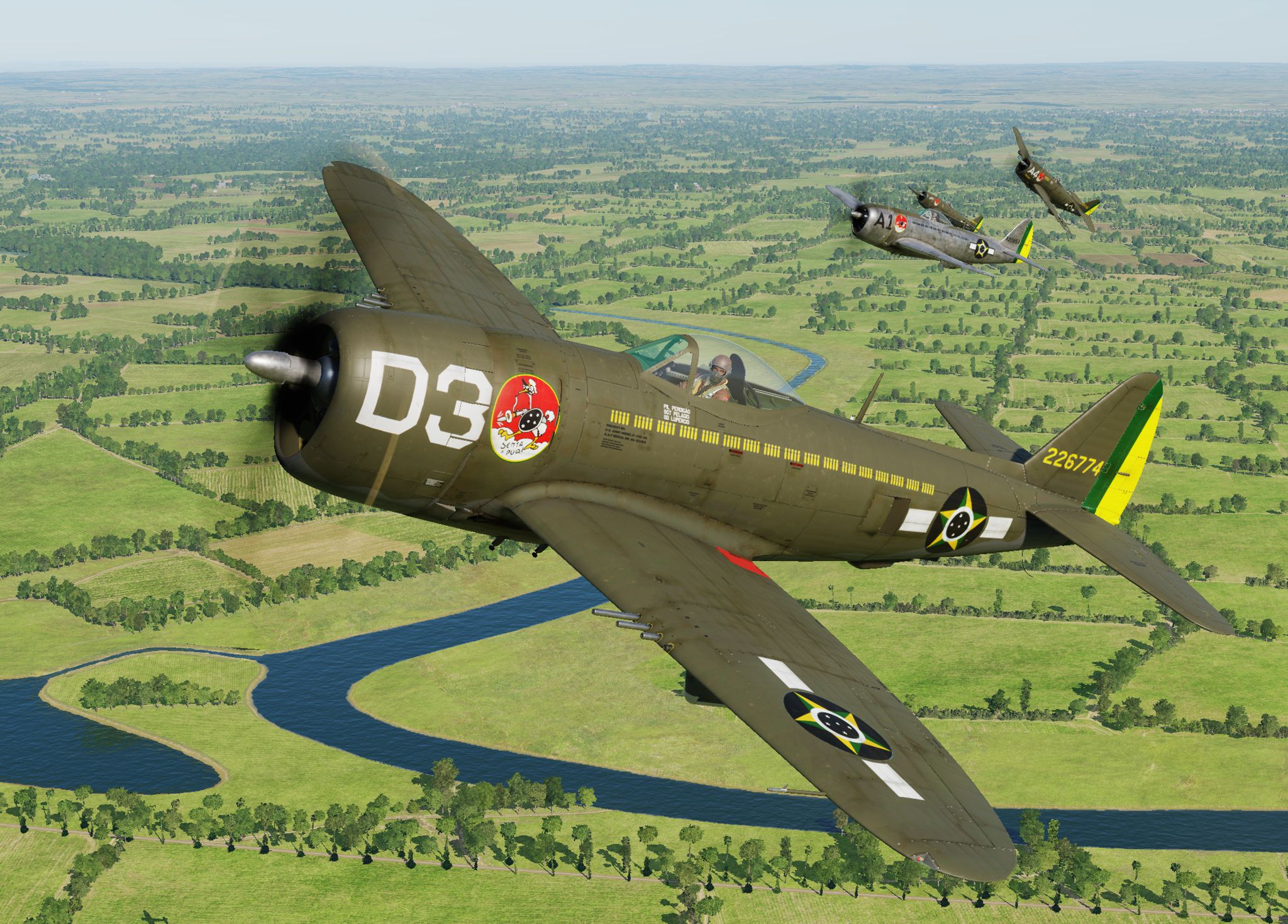 About this Livery:
The livery is as historical as possible.
1st Lt. Perdigao flew 85 combat missions during WWII. He flew most of the time as "Green Three" on his "D3", a P-47D-27-RE SN 42-26774. Thi aircraft was eventually lost in an accident. Lt Perdigao remained at the Brazilian Air Force after the war and retired as General. He married, had three daughters, 7 grandchildren and one grand-grandchild.