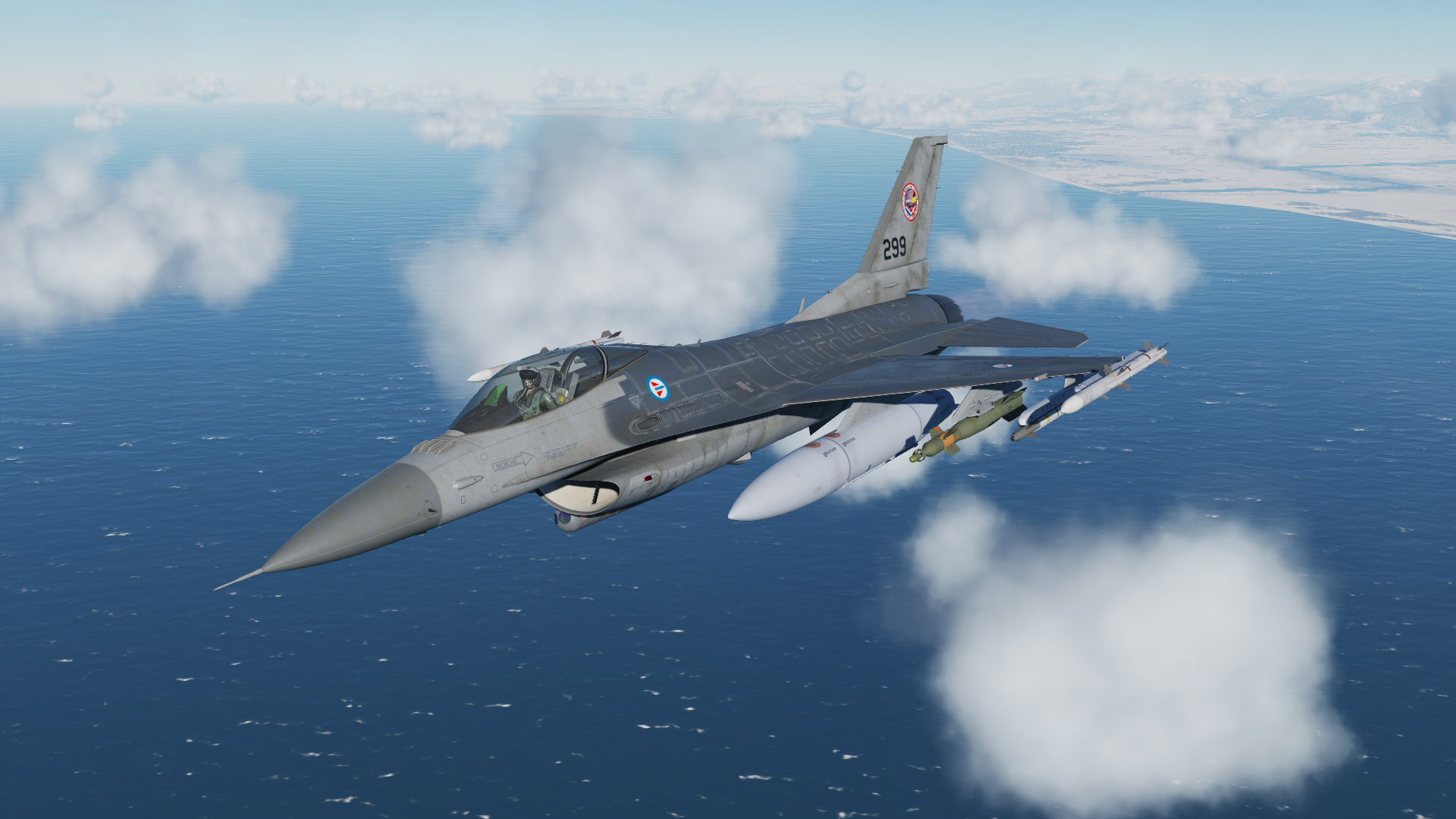 With conversion to MLU standards at the Lockheed-Martin facility, it was accidentally sprayed in the standard USAF grey scheme instead of the high gloss light grey Norwegian scheme. It also wore an MLU logo on the tail. The skin is recreating the aircrafts look as of september 2006 whilst the aircraft flew with the 338 sqn. As time went on the aircrafts fasteners was gradualy replaced with new ones. As the norwegian Fasteners were painted to match the Norwegian color scheme, the aircraft got this rough look. The canopy assembly was also replaced at some point adding to this look.