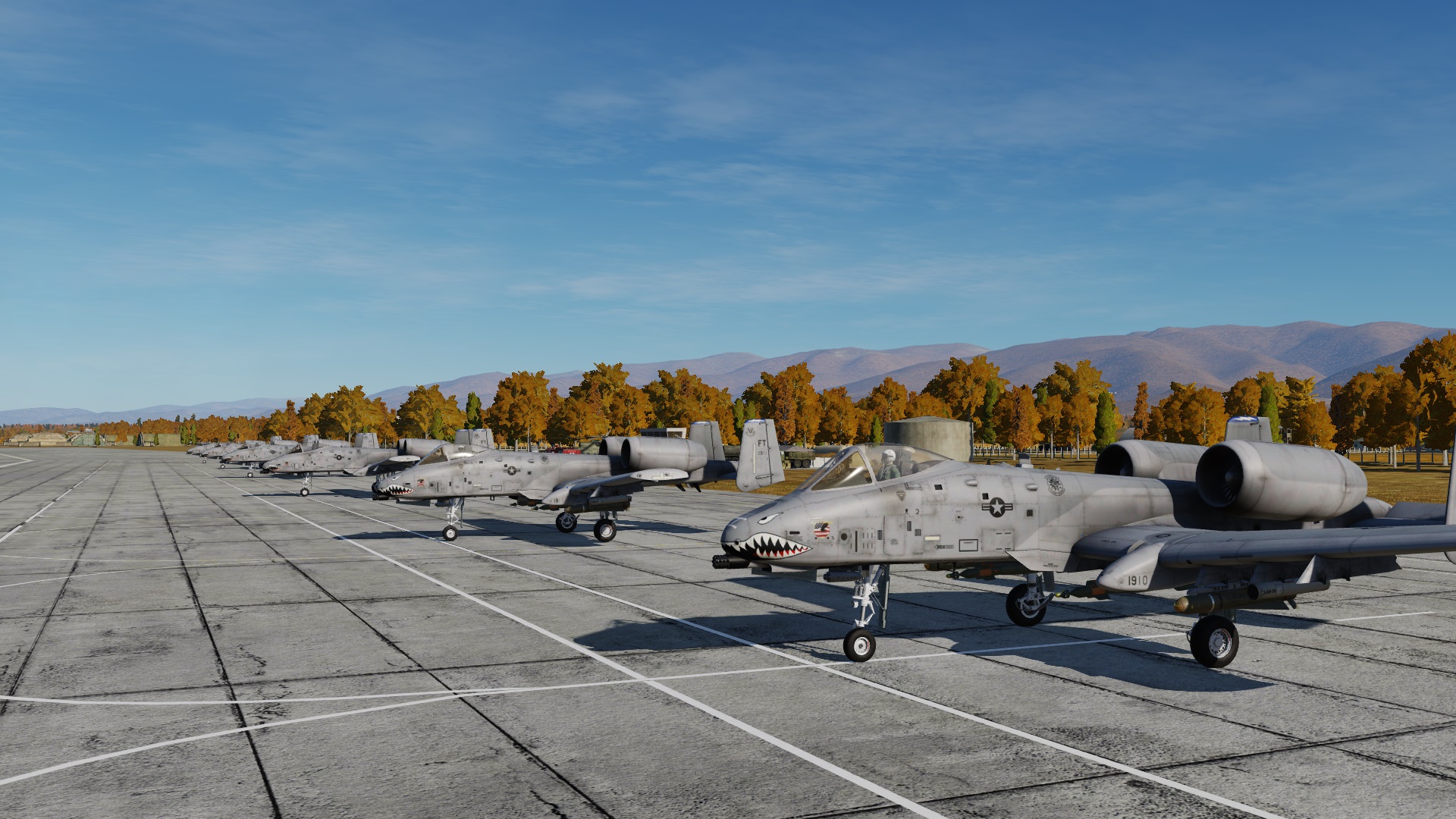 Typ - Einzelspielermission
Autor - hhung@mail.com
A fictional scenario about an A-10 detachment supporting the Georgian government against insurgency in Abkhazia. Intended for many replayable sessions via random target spawns. You are an A-10 flight (an air start is provided but not recommended as you'll miss full environment immersion factors) expected to provide 2 hours of on call fire support over the Abkhazian coast. You will be guided to general or specific locations via the message text, or a JTAC UAV may provide guidance. Targets may be mobile and you have to find them.

Will update miz with new target sets, new immersion factors (like AI flights, etc) from time to time. Do check back, and thanks for feedback.

The savage Russo-Georgian war of 2010 resulted in a treaty to jointly stand down military forces between the 42nd and 44th Parallel. That has not stopped the Kremlin from covertly supporting militant efforts in the northern part of Georgia, namely the regions of Abkhazia and South Ossetia, which have remained under Georgian control.

In the summer of 2016, Russian-backed insurgents finally rose openly against the Georgian government, agitating for an independent Abkhazian state through violence. The region descends into chaos. Insurgents and militia conduct ethnic cleansing of Georgian inhabitants and harass Georgian forces across the Patara Enguri, while contraband military supplies flow from Russia into Abkhazia.

As the Georgian government is unable to employ its full military capacity under threat of Russian retaliation, the US pushes NATO for unified peacekeeping action. While the Alliance negotiates each member's contribution, the US unilaterally commits a token force to stabilise the region.

It is hoped that US forces operating with the unspoken permission of the Georgian government sidesteps Russian accusations of treaty violations, while underscoring resolve to intervene in Russian machinations in the region.

You are part of the small A-10C detachment of 6 aircraft from the 74th Fighter Squadron, deployed to Kobuleti, Georgia. As your unit's proud predecessors did in WWII, once again the Flying Tigers are called to the aid of a beleaguered nation.

Support the  Georgian campaign against insurgent actions in Abkhazia. Your targets are primarily looted/smuggled military equipment operated by rebel forces. Your detachment is supported by loyalist Abkhazian militia in the disputed territory and UAV and tanker support operating from Turkey. Satellite, SIGINT and HUMINT will be relayed to you via CAOC in Saudi Arabia.
FOLLOW US