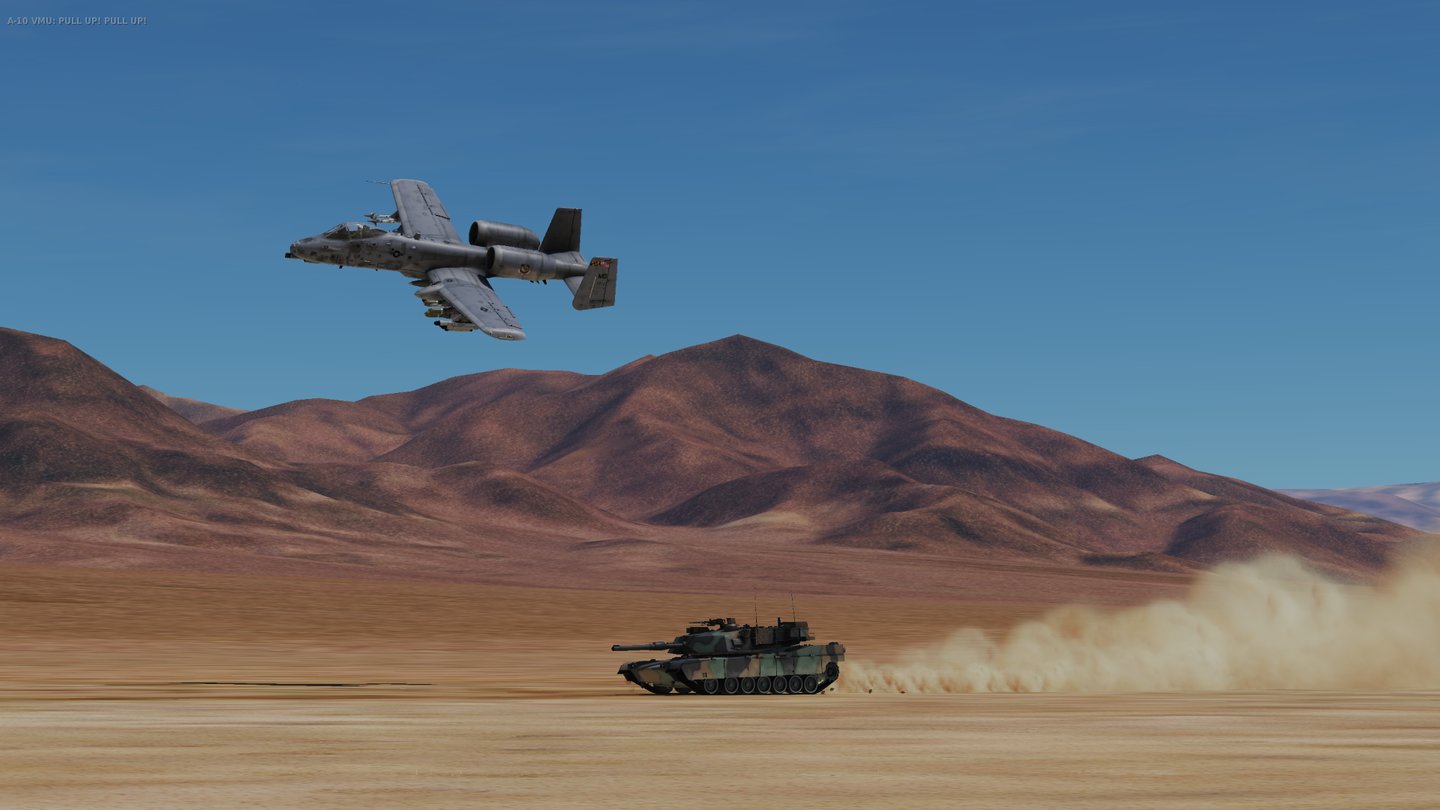 Typ - Mehrspielermission
Hochgeladen von - Hovis
Play with a wingman or on your own as you take part in a joint training exercise to assault Creech Air Force Base.

Work alongside AI elements as well as ground forces to provide essential close air support in a multi stage mission as the ground battle rages below.

If you do discover any bugs, or just think I'm an incredibly talented mission designer, let me know in the comments

Today's mission is the first in a new line of exercises designed to test our aircraft, equipment and pilot training. Your objective will be Creech Air Force Base, which for the purpose of this exercise has been overrun by hostile forces and has been fortified both with entrenched infantry as well as an armoured element.

This morning you will be working as part of a Joint Task Force, providing aerial support for friendly ground forces as they more to seize the objective. The ground game will be split into two parts: an armoured assault tasked with drawing fire and wiping out the majority of the hostile armour, and an infantry element focusing on the nearby town of Indian Springs.

All players will be using the new variants of simulation ammunition, apparently it's more realistic than the old stuff. Our techs are having trouble telling them apart from our live ammunition but the nerds assure me it's safe so we're gonna give it a go!
Tags: NTTR, A-10C, single player, co-op
FOLLOW US