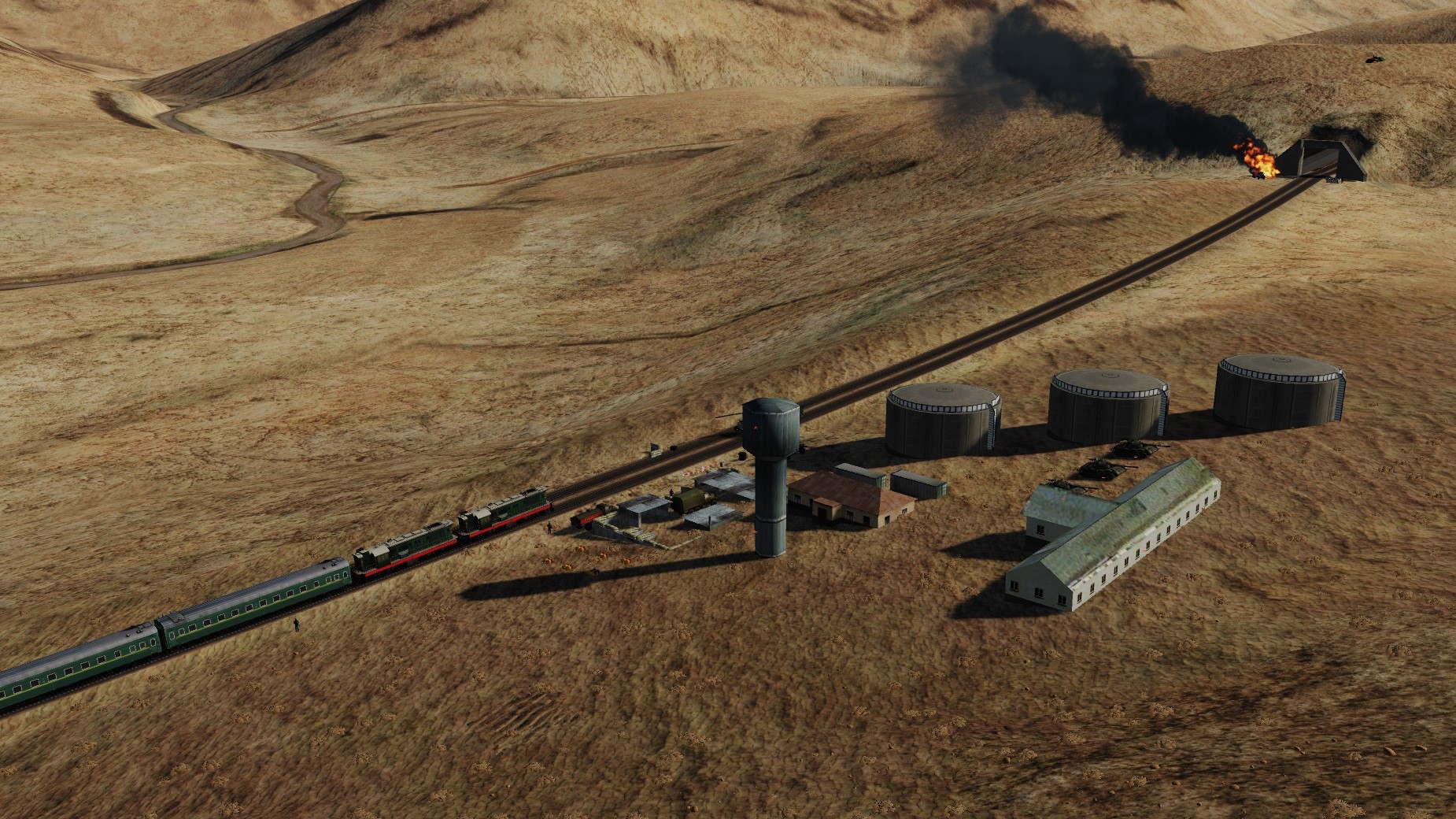 Typ - Mehrspielermission
Hochgeladen von - Skyspin
This mission is the 6th part of the series of strikes that were ordered prior to the invasion of Iran beginning with "THE PRELUDE". In the continuing operations to secure the coastal areas of southern IRAN leading up to the planned invasion, an Iranian freight  train loaded with military machinery and supplies including SAM radar equipment has stopped for refueling and minor repairs. A USAF B1 bomber has been dispatched to destroy a tunnel close to the train site thus blocking it's forward movement. Your flight of FA18's  is called to destroy the bridges forward and aft of the train to essentially preventing it from any retreat.<br /><br />
<br /><br />
Updated with minor fixes and installed Alerax'sLSO AI Script<br />
<br />
Alerax's LSO AI Script in use for recovery. All files are installed but be familiar with the LSO procedures here: <a class="txttohtmllink" href="https://forums.eagle.ru/showthread.php?t=223672">https://forums.eagle.ru/showthread.php?t=223672</a>

In conjunction with the B1 bomber attack, destroy bridges, facilities, and equipment to isolate the train for further attack. AAA defenses are expected to be present and air threats could be possible. Additional targets include a rail bridge 12 miles north of the target area and a SAM site 30 miles north of the target area.
Tags: FA-18C, Persian Gulf Map, CVN74, CASE 1 recovery
Kommentare werden geladen...
FOLLOW US