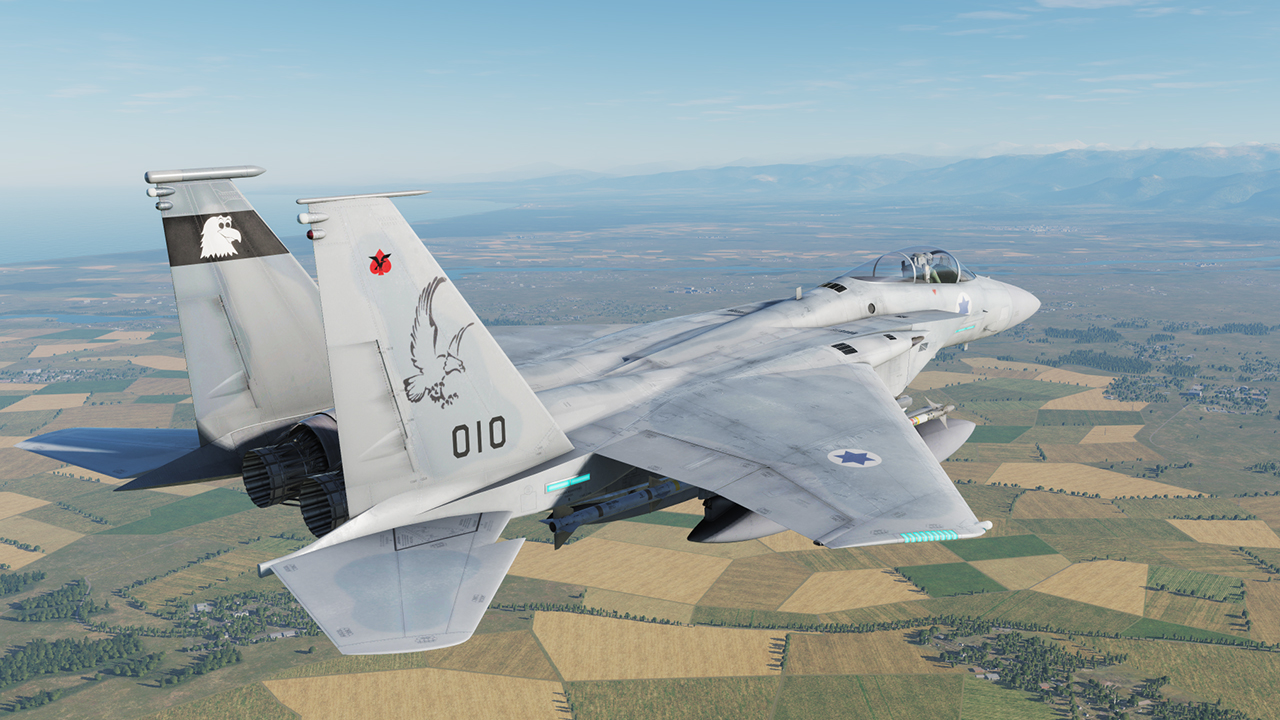 Typ - Anstrich
Autor - iafscx
The IAF operates two F-15 squadrons, which are located at "Tel Nof" Airbase in Israel, the 106th and the 133th. this skin adds the 133th squadron livery to DCS.<br />
<br />
Update - 20 September 2018 - In this second version i did some improvements to the skin.<br />
I also did a separate skin of a specific F-15 of the 133th Sqd - Tail/Nose number "802" - Nose Name - "Panther" which is painted on the nose in Hebrew. which has 4 victories marks of Syrians fighters that were shot down at the first Lebanon War.<br />
I'll add more specific F-15 skins based on the basic 133th/106th Squadrons skins in the future.
FOLLOW US