Designed for the German Luftwaffe by famed aircraft designer Kurt Tank in the late-1930s, the Fw -190 was the backbone of the Luftwaffe in both fighter and attack bomber roles. Powered by a large radial engine, the A version of the Focke-Wulf 190 was superior in many ways to the Bf 109s and Spitfires at the time of its introduction. In fact, this led to the development of the Mk.IX version of the Spitfire. The Spitfire LF Mk.IX and the Fw 190 A-8 make excellent counterparts for DCS World. The Fw 190 later evolved into the Fw 190 D-9, also available on DCS World. 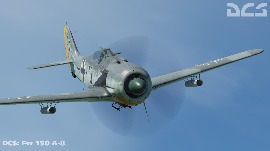 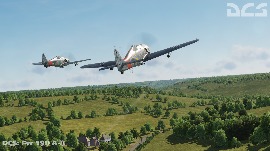 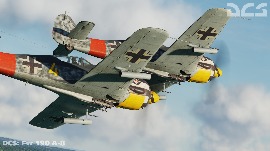 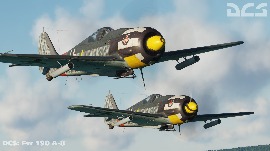 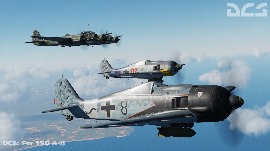 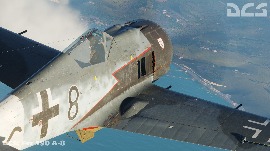 Many of the Luftwaffe's aces racked up their impressive kill counts in the Fw 190 A due to its impressive fire power, excellent low to medium altitude performance, durability, and ease of flying. It saw action on both the eastern and western fronts where it was both respected and feared by allied pilots. Armament included two fuselage-mounted 13mm MG 131 machine guns and four wing-mounted MG 151/20E 20mm cannons. The Anton could also be loaded with unguided rockets and bombs.