Type - Multiplayer mission
Author - Chameleon_Silk
We have Intel suggesting that a plant near Terek in Russian Territory has been creating and stockpiling a chemical nerve agent nown as Soman and have been given a green light by the UN Security Council for a precision strike on the facility.

We also have word that a shipment will be leaving the factory tonight. A Su-25 flight will intercept the trucks carrying the chemicals at Elhotovo rail crossing and dispose of them with cluster munitions and canister bomblets. There are heavy defenses located around the rail tracks so we are dispatching a flight American A-10Cs to help sanitize the area of air defenses, specifically any strela launchers that maybe endangering the Su-25 package.

Soman and it's weaponized form is classified as a weapon of mass destruction or "WMD" by the United Nations according to the UN Resolution 687. Stockpiling of this chemical was outlawed by the Chemical Weapons Convention of 1993 where it was classified as a Schedule 1 substance.
Tags: Chameleon Biotoxin
Download Detail
DCS: World
Other 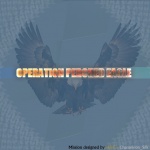 Operation Perched Eagle contains unlimited tasks for each side to complete and CA support.