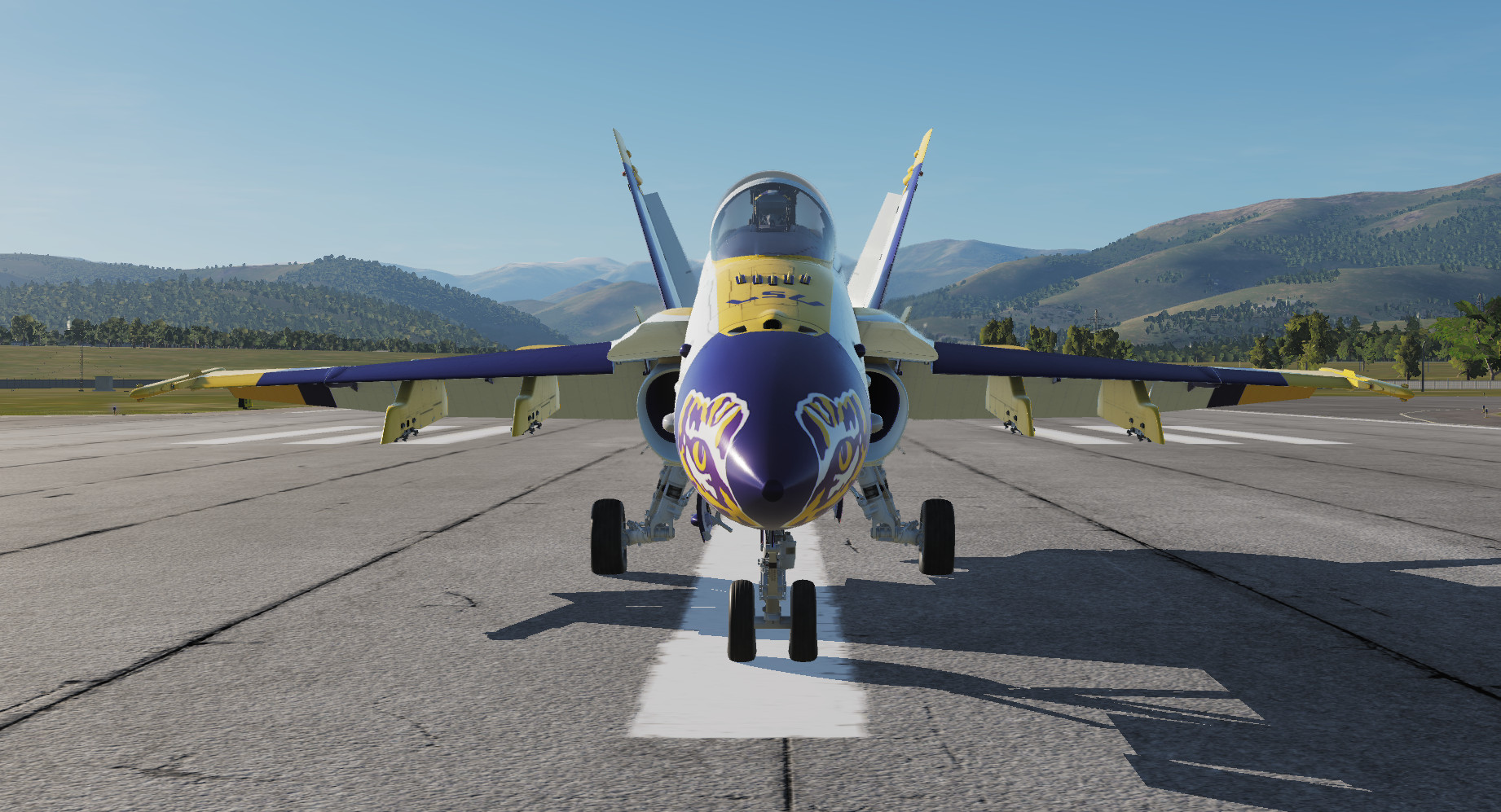 Typ - Anstrich
Autor - WytchCrypt
This Hornet skin is based on the uniform, logo and field of the LSU (Louisiana State University) 2019 National Champion college football team.  This is an alternate to the original I posted earlier.  This one adds:

This Hornet skin is based on the uniform, logo and field of the LSU (Louisiana State University) 2019 National Champion college football team.  My original release of the LSU Tiger with an alternate skin can be found by searching for "LSU Hornet".  I've also created a version for the Su33 based on their alternate purple jerseys, you can find that one by searching for "LSU Tiger Su33".  Geaux Tigers!

"LSU Tiger Hornet Championship Edition" (known as "LSU Tiger v2" in the mission editor) is my second F/A 18-C Lot 20 flyable Hornet paint scheme based on the football uniform of the Louisiana State University (aka LSU for those who don't know) Tigers.  My goal was to make the paint scheme represent as many images and color patterns of the LSU football team as possible while also celebrating this years 2019 NCAA Football Championship.  The tiger eye appearing on each side of the nose is taken fr om the logo on the 50 yard line of Tiger Stadium (aka "Death Valley, the place wh ere opponents dreams come to die").  The tiger face on the vertical tail wings is taken from the official team logo.  The rounded "LSU" across the forward cockpit area matches the LSU from the football helmet.  The pilots helmet is based on the teams football helmet colors and stripe including the same version of the tiger head.  Finally, the "GEAUX TIGERS" (pronounced "Go Tigers") on the fuselage is the teams official battle cry.  FYI, the official team name is, "The Fighting Tigers of Louisiana State University" though they're usually referred to as "The Tigers" or sometimes "The Bayou Bengals".
Tags: F/A 18-C Lot 20, fictional
Kommentare werden geladen...
FOLLOW US