Integrated TARGET Profile and GUI for Cougar/Warthog and MFDs 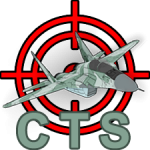 Integrated TARGET Profile and GUI for Cougar/Warthog and MFDs

Typ - Eingabeprofile
Autor - Home Fries
This script for the HOTAS Cougar/Warthog and Cougar MFDs includes dedicated profiles for almost all DCS modules, including "AWACS Mode" for use with the F10 view or LotATC. The script is fully implemented with both code and custom keyboard and joystick LUA files. The included "Standard DirectX" profile can me used to create a versatile profile for anything else.

This script uses TARGET, so you need to install it (though Cougar users can leave Foxy where it is). I also recommend the latest MFD Drivers, as I have found fewer profile crashes with these enabled.

The script offers the following features:
* The Configurator TARGET Script (CTS) Graphical User Interface (GUI) allows you to save your settings and auto-generate script files.
* Both HOTAS Cougar and Warthog Compatibility
* All documentation (except for the Setup Guide) is in HTML with context-sensitive help in the GUI.
* CommState routine allows for the selection of F1 through F12 keys with Hats 2-4 while the MIC switch is pressed
* Hot-selectable “TriggerZoom” allows you to zoom into your target or HUD when depressing the first trigger stage
* LED indications for airbrake, landing gear, TriggerZoom, CommState, and Teamspeak3 PTT
* Compatible with TouchControl (formerly TouchIR), VAC, DCS Simpleradio Standalone, and all major Teamspeak radio solutions
* Optimized for TrackIR, but compatible with Hat1 as POV<br />
* Individual HOTAS profiles are mapped as closely to their real world counterparts as practical
* Flaming Cliffs 3 (FC3) HOTAS mappings correlate to the A-10C (attack aircraft) or F-16C (fighters) as closely as practical
* FC3 Context Sensitive Autopilot routine that reverts to last used mode on toggle
* A-10C Profile includes direct entry for CDU, CMSP, and UFC
* Ka-50 Profile allows direct entry for ABRIS (RMFD) and Rubicon Datapad
* Ability to automatically pause TrackIR while at the Door Gunner Station (UH-1)
* Context sensitive communications menus based on crew station (framework in place for DCS implementation)
* TARGET based Central Position Trimmer Mode that greatly improves upon the default trimmers when not using force feedback.
* Analog and digital differential braking routines, including paddle braking and nosewheel steering.
* Kneeboard mapping for all aircraft.
* NVGs for all capable aircraft, including "bonus mapping for the A-10A, Su-25, Su-25T, and F-86 (H/T Zaelu).
* Simplified hot-selection of aircraft allows for potentially thousands of aircraft and variants in this script, along with audible feedback of aircraft selected.