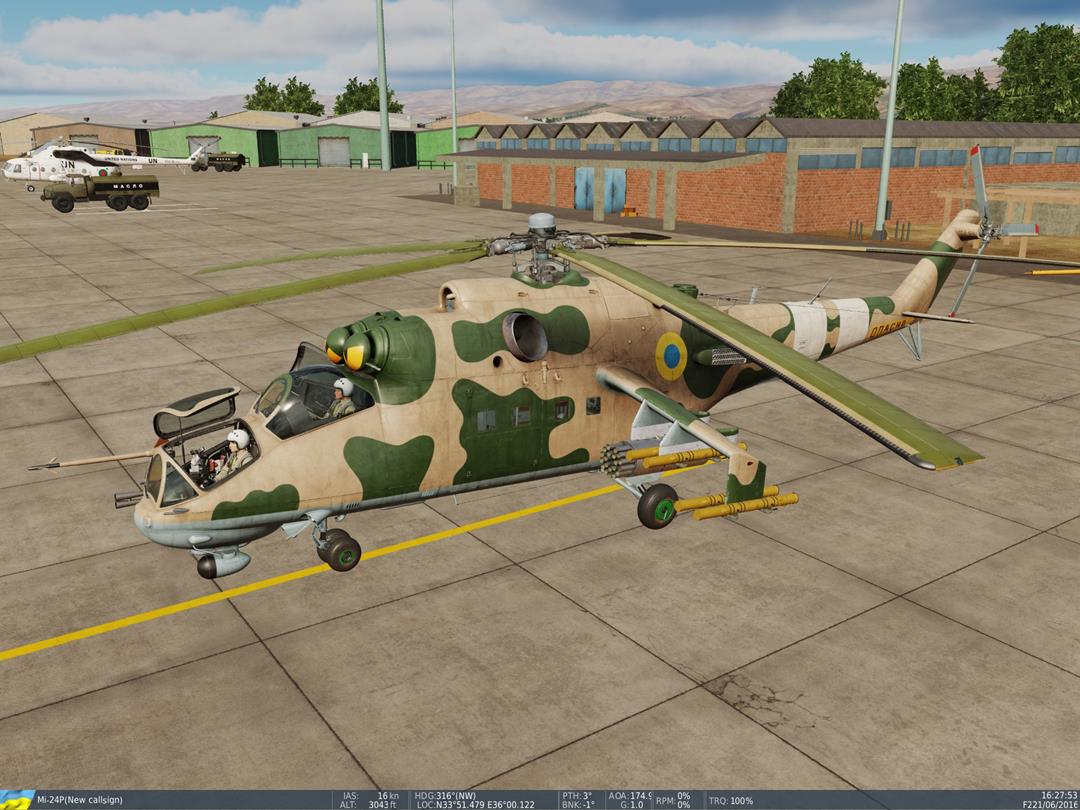 Type - Single mission
Author - kingsnake11
Lebanon has contracted the Ukrainian Air Force to provide security for humanitarian flights providing medical assistance to Syrian refugees. A few hours after landing in Rayak at the end of a familiarization flight, you and your Weapon's officer are ready to return to the airbase at Wujah Al Hajar. Your Mi-24 has been re-fueled and are ready to take off when you receive a priority tasking. A World Food Program Mi-8 Hip on a return from a supply run has reportedly gone down to unknown causes. Local's reported that it may have been brought down by infiltrating ISIS insurgents. We have no independent verification if this is true.
Tags: #Mi-28. Hind, training, syria, syria map
Download Detail
DCS: World 2.5
F-16C Viper
more screenshots

Long Day in the Beqaa Valley V1.01 by Kingsnake11

Type - Single mission
Author - kingsnake11
Updated Oct.02/2020 - no longer need Ranger79 mod.
3 linked missions in the Beqaa Valley. Between the years 2013 and 2018, Israel conducted at least 101 airstrikes in Syria, nearly half of which were against missile assembly/storage facilities. Hezbollah, with help from the Iranian Quds force had moved operations to Syria from Beqaa  Valley in the belief that they were safer under the Syrian Sam umbrella. We know that Israeli airstrikes have continued through 2020 though at a slightly reduced pace and again, mainly targeting missile assembly/storage facilities to deny Hezbollah access to advanced missile technology. These 3 missions, ranging from moderate to hard, typify one day in mid 2012 of airstrikes in the Beqaa by the IAF on a missile/assembly storage facility. Note: Please read the pdf file for a more complete information and history. In the files I have used a slightly different spelling for the Beqaa as suggest by an Arabic friend to better capture what it sounds like.
Tags: viper, IAF, Baqaa, Syria, Hezbollah, Iran
Download Detail
DCS: World 2.5
F/A-18C Hornet 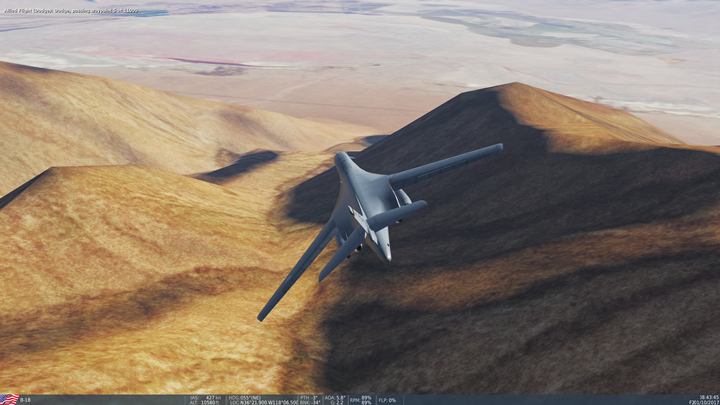