Type - Skin
Author - Wolfthrower
This is an adaptation from the dual seat Royal Norwegian Air Force F16BM no.691 from the 331 squadron.

the camo is also a bit different from other iaf variants.
in addition i've provided an extra 144th skin with a different tail number for all of you who need that extra detail in formation flights :)


also provided with this is another skin of the 105th with a different tail number in case anyone wants that extra detail in their formation flights :)

Type - Skin
Author - Wolfthrower
A recreation of the israeli air force F16C no.364 from the 110 - "knights of the north" squadron which shot down a Hezbollah Ababil-T UAV during the second lebanon war with a python-5 missile, august 7 2006 , near the shores of "akko" ("Acre").
it has the kill mark and the word "panther" in hebrew under the kill mark, which is the IAF name given to the Python-5 missile.

painted on the base of the vertical stabilizer are the squadrons 60th anniversary markings and now includes the "barak 2020" avionics upgrade markings as well.

i've also provided an additional skin of the squadron with a different tail number and no kill marks in case anyone needs that extra level of realism when flying in formations :)

Type - Skin
Author - Wolfthrower
this is a remake of the historical  "Netz" 107 from the defenders of the south squadron, israeli air force.
this F16 holds the highest kill count in the world - 6.5 enemy planes. and also participated in the osirak nuclear reactor strike in iraq in 1981. 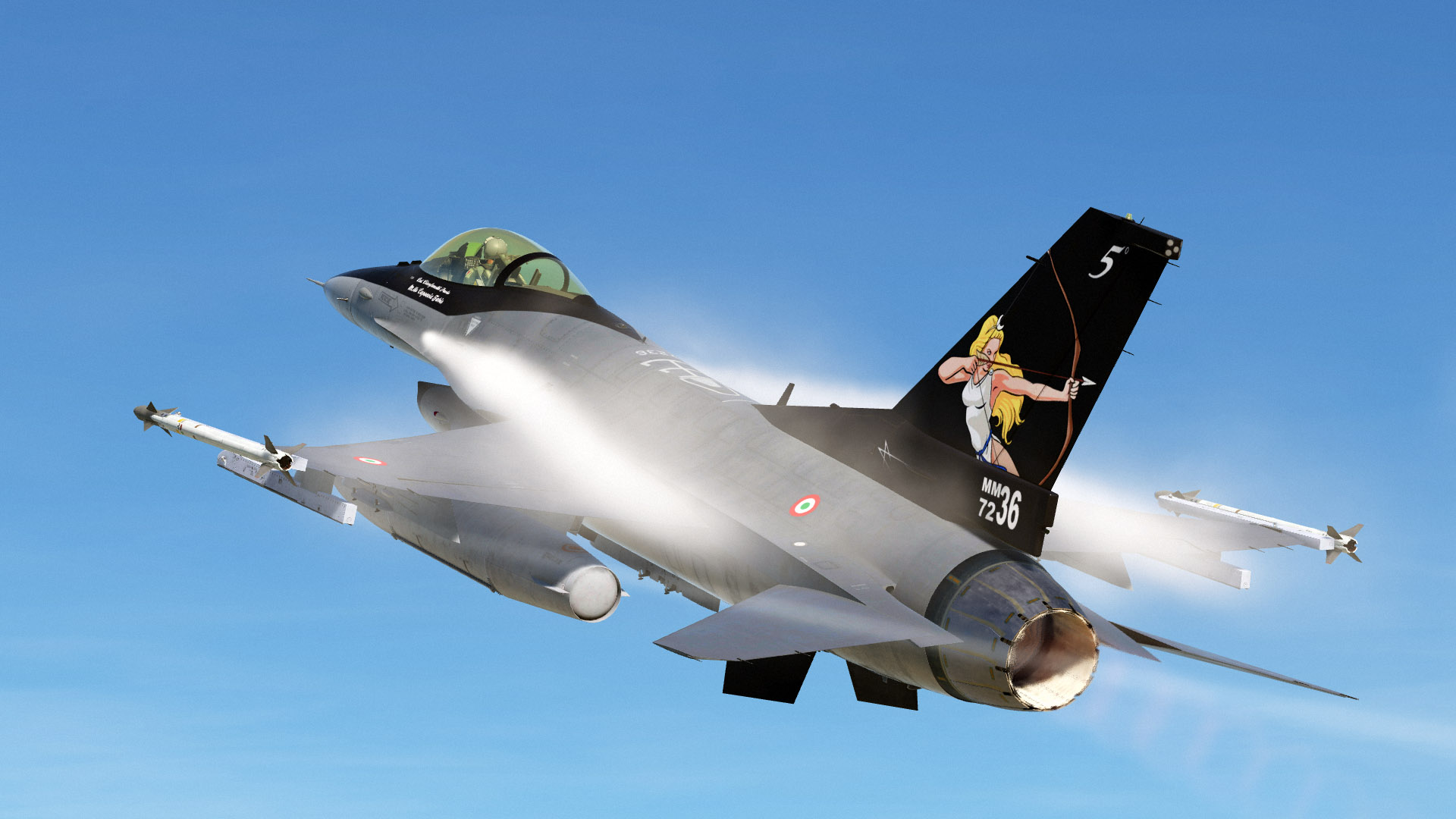 Type - Skin
Author - Wolfthrower
The Italian Air Force ( Aeronautica Militare ) F16 Block 15 ADF  "L'ultima Diana" (Diana, the goddess of the hunt and the moon) paint scheme given to plane number M.M.7236 of the 23rd group "Veltro" to commemorate the "Farewell Falcon" event, which marked the end of operations for the 23rd group f16's in the Cervia AFB on April 16, 2010 and the disbanding of the 5º stormo (air wing).
Tags: AMI, italian air force, F16A, F16ADF, ADF, block 15, diana, l'ultima diana
Download Detail
Prev. 1 2 Next  ctrl→
FOLLOW US