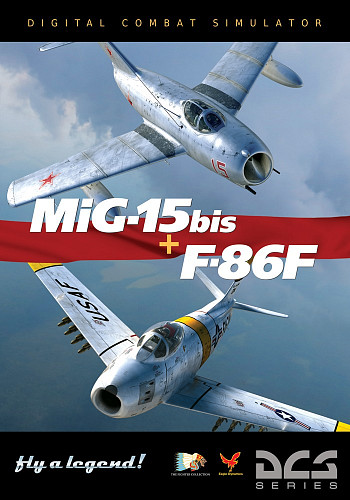 Registration to take part in the on-line DCS "MiGs vs Sabres" tournament continues at the DCS forum. The tournament start date though has been shifted to December, 2015 so that we can first address some significant multiplayer issues and allow us to first release DCS World 2.0 and the Nevada map.

Currently, we have over 120 pilots have registered! This has been an amazing response and we are looking forward to an exciting tournament that will be streamed!

To take part, contestants need to own one of the two following modules:

Participants, who own both modules, can choose their steed for this tournament.

Prizes for this tournament include:

Featured for this event, the Eagle Dynamics is extending a 30% discount on both DCS: MiG-15bis and DCS: F-86F Sabre till Monday, November 23rd 0900 GMT.

Additionally, until Monday, November 23rd, a bundle consisting of the MiG-15bis with F-86F Sabre will be available with a 20% discount plus up to 30% of the price using bonus points. Thus, you may save up to 50%!

The latest update of DCS World Open Beta 1.5.1, which includes several essential bug fixes, has been released. As always, the complete list of changes can be read at DCS forum

As a core aspect of DCS World, we continue to add new units and update older ones, for free. Here are a new models we are working on: New 3D models

Have a nice weekend!