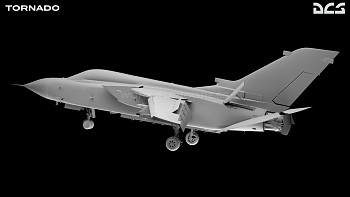 DCS: Tornado is the epitome of the multirole aircraft jointly developed by Germany, Italy and the United Kingdom. This two-seater, twin-engine, swing-wing multirole fighter was built in three variants, one of which is the Interdiction/Strike (IDS) variant. Powered by 2 RB-199 MK103 engines, the IDS was developed to meet the then NATO doctrine of low-level attacks against enemy airfields and fixed-positions, in any weather, and at any time of day.

AviaStorm's goal is to develop the best simulation of a 1989 German IDS Tornado for DCS. Their team has decades of experience in the simulation & gaming industry, and it boasts secured access to many resources (engineers, pilots, WSO, technicians and museums) that will provide them the necessary information.