We are delighted to introduce the MB-339A Aermacchi by IndiaFoxEcho as an addition to our DCS aircraft line up. The MB-339 is a single engine, twin seat, jet trainer and light ground support aircraft which entered service in the early 80's - the primary user is the Italian Air Force. This advanced trainer has superb flying qualities and we are certain that you will enjoy it’s excellent capabilities.

The MB-339 also took part in the Falklands-Malvinas war with the Armada de la República Argentina (Argentina Navy) and was also used by the Eritrean Air Force in various roles, against rebels, smugglers, and even against the Ethiopian Air Force.

The MB-339 for DCS aims to be the most realistic simulation of this aircraft ever made for PC, not only in terms of system functionality and performance but especially flight model. Currently, the aircraft is in it’s internal test phase and is continuously being improved as new features are being added. 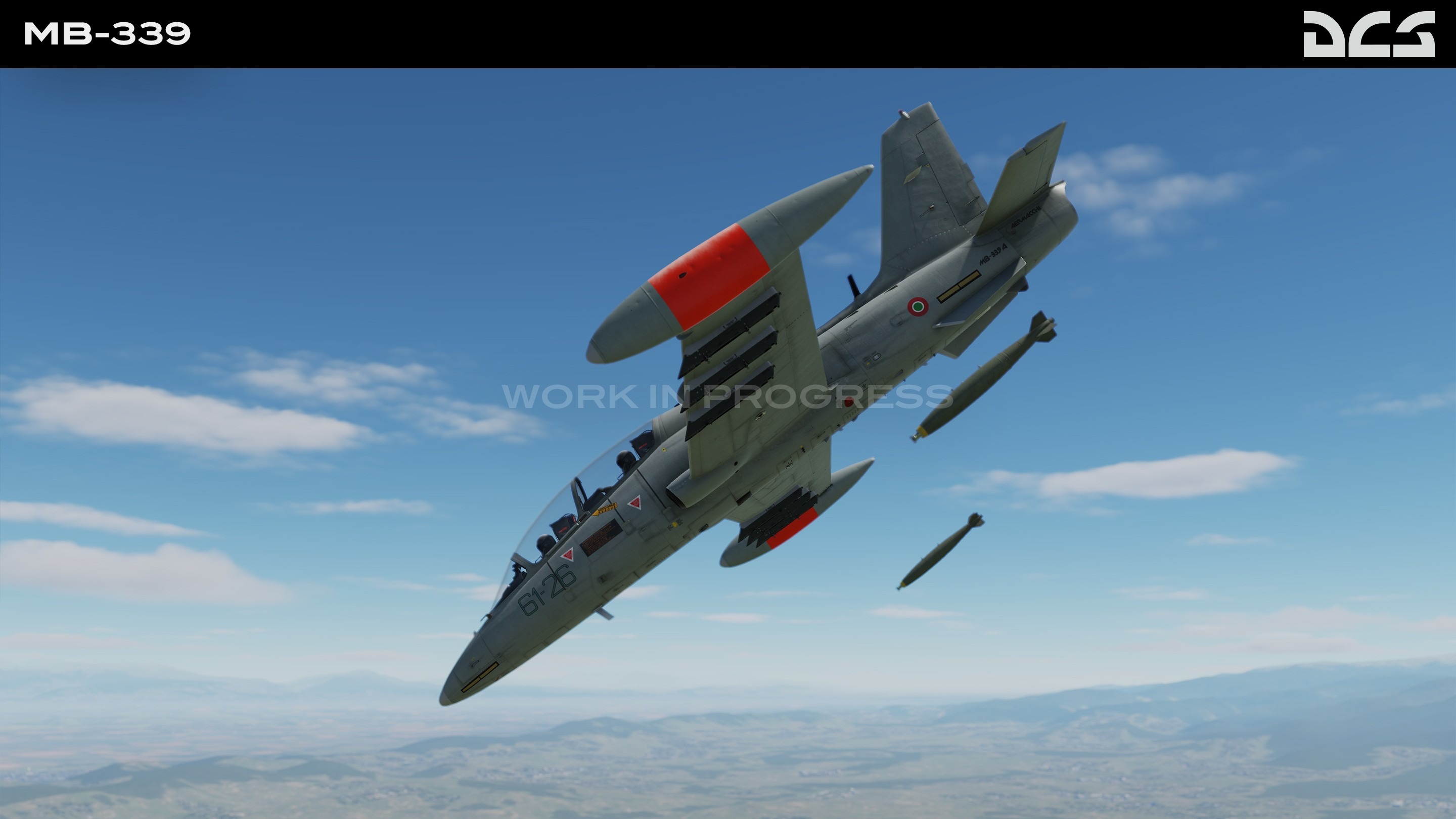