Today we unveil DCS: AH-64D for pre-order. Watch the video. We hope you will be impressed as our team has been working diligently to bring you the most realistic AH-64D simulation. Check out the feature list.

Developed internally by Eagle Dynamics, DCS: AH-64D offers a superb multi-crew experience combined with an impressive set of sensors and weapons. Significant improvements to our helicopter AI algorithms and an enhanced command interface to communicate with your AI co-pilot will be available from Early Access later this year.

DCS: AH-64D will provide customers with exceptional helicopter operations immersion, particularly true when played in VR. We are truly excited and look towards bringing you this incredible weapon system in the nearest future.

We look forward to your detailed feedback.

Thank you for your passion and support. 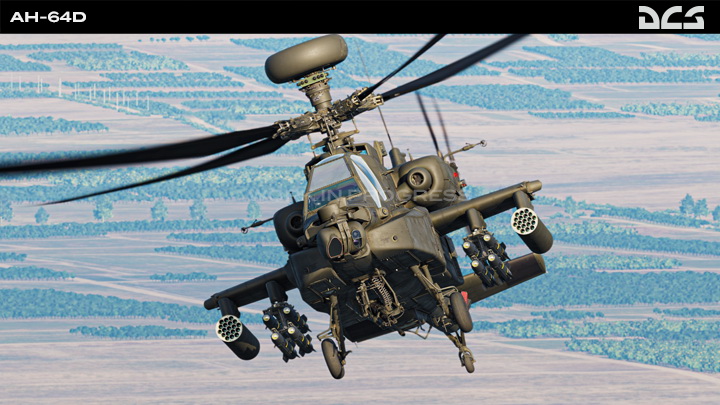 Our AH-64D has served as the backbone of the U.S. Army attack helicopter force for decades and it is a dominant force on today’s battlefield. Based on the AH-64A, the “Delta” is a tandem-crewed helicopter with the pilot in the back seat and the co-pilot/gunner (CP/G) in the front. Armed with a 30mm chain gun under the nose, and Hellfire missiles and 2.75” rockets on the stub wings, the AH-64D proved its mettle in Iraq and Afghanistan against a wide array of threats.

Later in development, our AH-64D will also be equipped with the Fire Control Radar (FCR) that will enable it to detect, classify, track, and engage both air and surface targets with radar-guided Hellfire missiles. 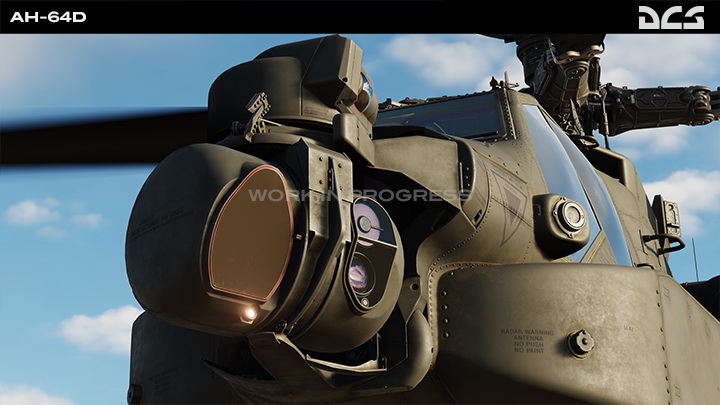 The Targeting and Designation System (TADS) is the combined sensor and targeting unit fitted to the front of the helicopter. TADS contain stabilised electro-optical sensors and a laser rangefinder / target designator. The TADS can be slewed using co-pilot/gunners TADS Electronic Display and Control (TEDAC) or slaved to the helmet line of sight of either crew member. The FLIR camera of the TADS is a powerful sensor for both day and night operations and will incorporate our new FLIR technology. 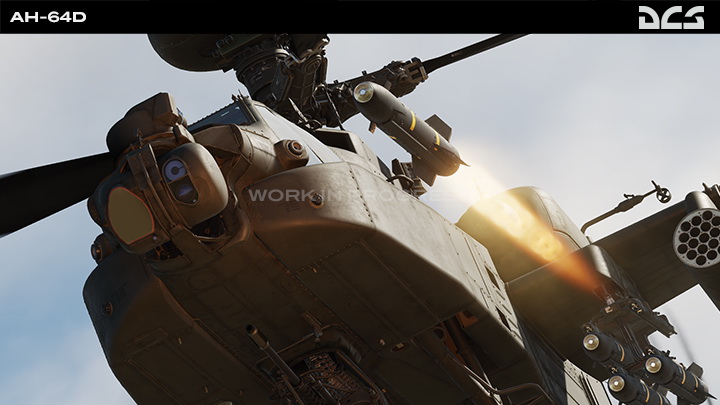 The AGM-114K Hellfire Missile is a Semi-Active Laser (SAL) guided missile, and it will be the principle precision strike weapon for our AH-64D at early access release. The Hellfire is guided by laser energy reflected off targets and it has a tandem shaped-charge high explosive anti-tank (HEAT) warhead for both armored and unarmored targets.

Both systems above are currently In Development with an expected delivery of Q4.

Thank you again for your passion and support,