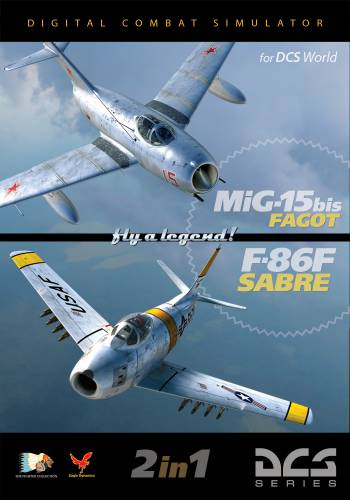 Today we will release the Update 1 for DCS World version 1.5.3. The fixes and additions to this update are numerous, but highlights include:

And many other changes that will be listed in the 1.5.3 Update 1 changelog.

Please use the auto updater to update your existing DCS World installation. If you will be installing DCS World for the first time, please go to: http://www.digitalcombatsimulator.com/en/downloads/world/stable/

Belsimtek and The Fighter Collection are pleased to announce that DCS: MiG-15bis is ready for release and may be purchased as a digital download version for $49.99!

DCS: MiG-15bis is a highly realistic simulation of the legendary Soviet fighter jet MiG-15bis, also known as the “Korean surprise”. The aircraft received its nickname during the Korean War, where it demonstrated great effectiveness against the F-86 and other US fighters. Developed in the years immediately following World War II, the single-engine MiG-15bis was a first-generation jet fighter designed by the Mikoyan-Gurevich design bureau of the Soviet Union. Due to its high reliability, easy maintenance and huge firepower (two 23 mm NR-23 guns and one 37(!) mm N-37 gun), the airplane was in service in many countries. With over 12,000 units built, the MiG-15 is believed to have been the most widely produced jet aircraft ever made.

Since February 2015, when the Open Beta version of DCS: MiG-15bis was offered for download, Belsimtek has undertaken great efforts to improve the module. In particular, a highly detailed flight manual and training missions were completed. The flight dynamics were further developed and tuned so that now even advanced and critical regimes such as stall and spin are fully realistic. Using the original full technical documentation of the real MiG-15bis during the

development process, it was possible for the engine model and the flight dynamics to reach a very high level of accordance with the real flight characteristics of the aircraft.

The installation package includes both a quickstart and a full flight manual, in-game training missions in English and Russian language, and single combat missions. The quickstart manual enables the player to quickly learn basic procedures like take-off, landing and weapon usage without the need to delve deep into the full flight manual from the beginning.

Key features of DCS: MiG-15bis include:

Commemorating the release of MiG-15bis, we are offering two MiG-15bis deals!