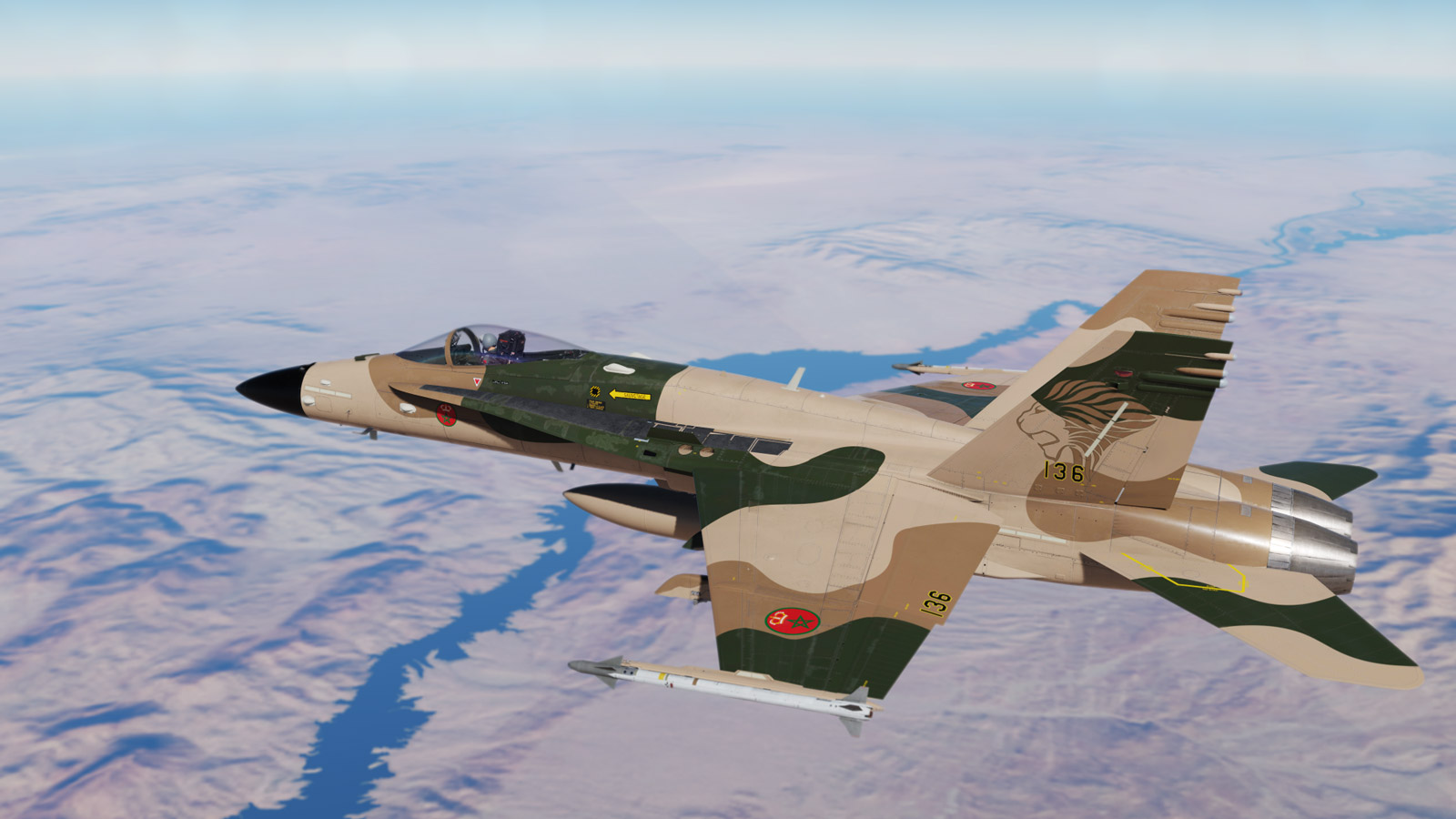 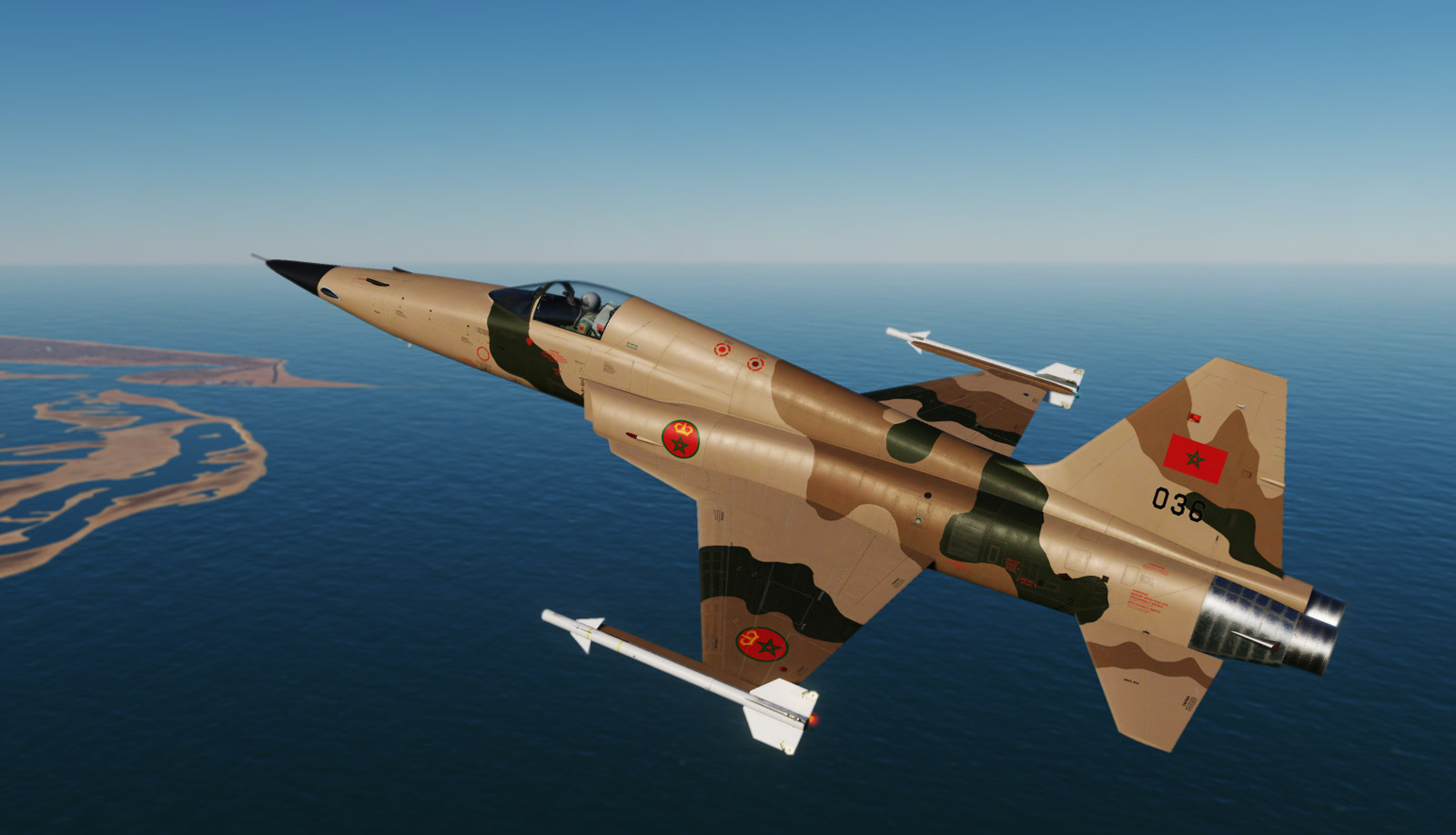 Type - Skin
Author - Casablanca.
This skin for the P-51 and the TF-51 is inspired by the paint scheme of the Moroccan Aerobatic Team, La Marche Verte (Green March), which fly in the Mudry CAP 232.

This aerobatic patrol is renewed for its unique rope tied formation flight.

Although the Royal Moroccan Air Forces had MIG-15s (uti), this skin represents the MIG-17 Fresco, offered by Morocco to Boeing and The Museum of Flight in Seattle.

It was later repainted as a North Vietnamese MIG. 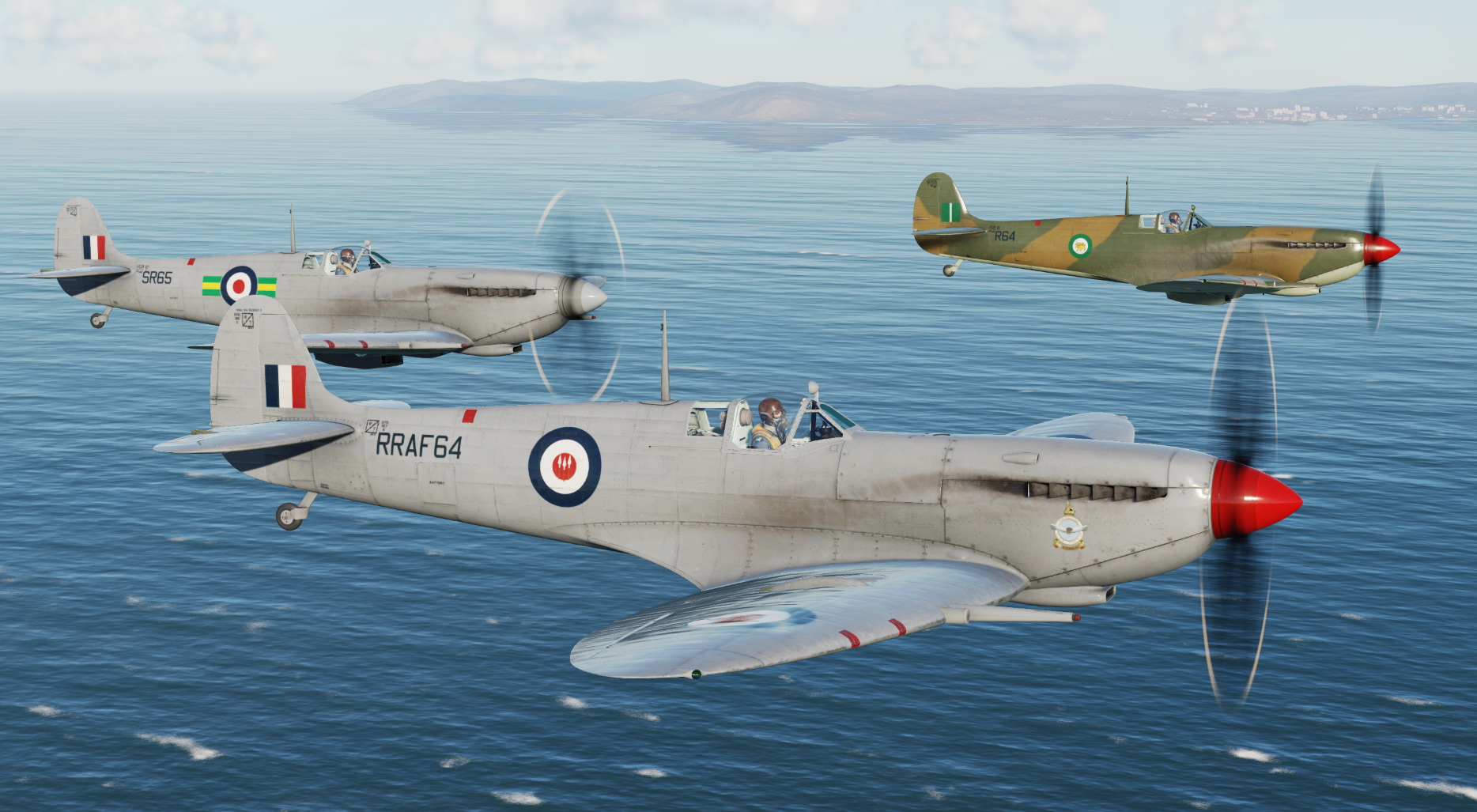 Type - Skin
Author - CHSubZero
This skin pack contains different Spitfire F.22 inspired skins for the Spitfire LF Mk.IXc (with or without Clipped Wing) while in service with Rhodesian countries: 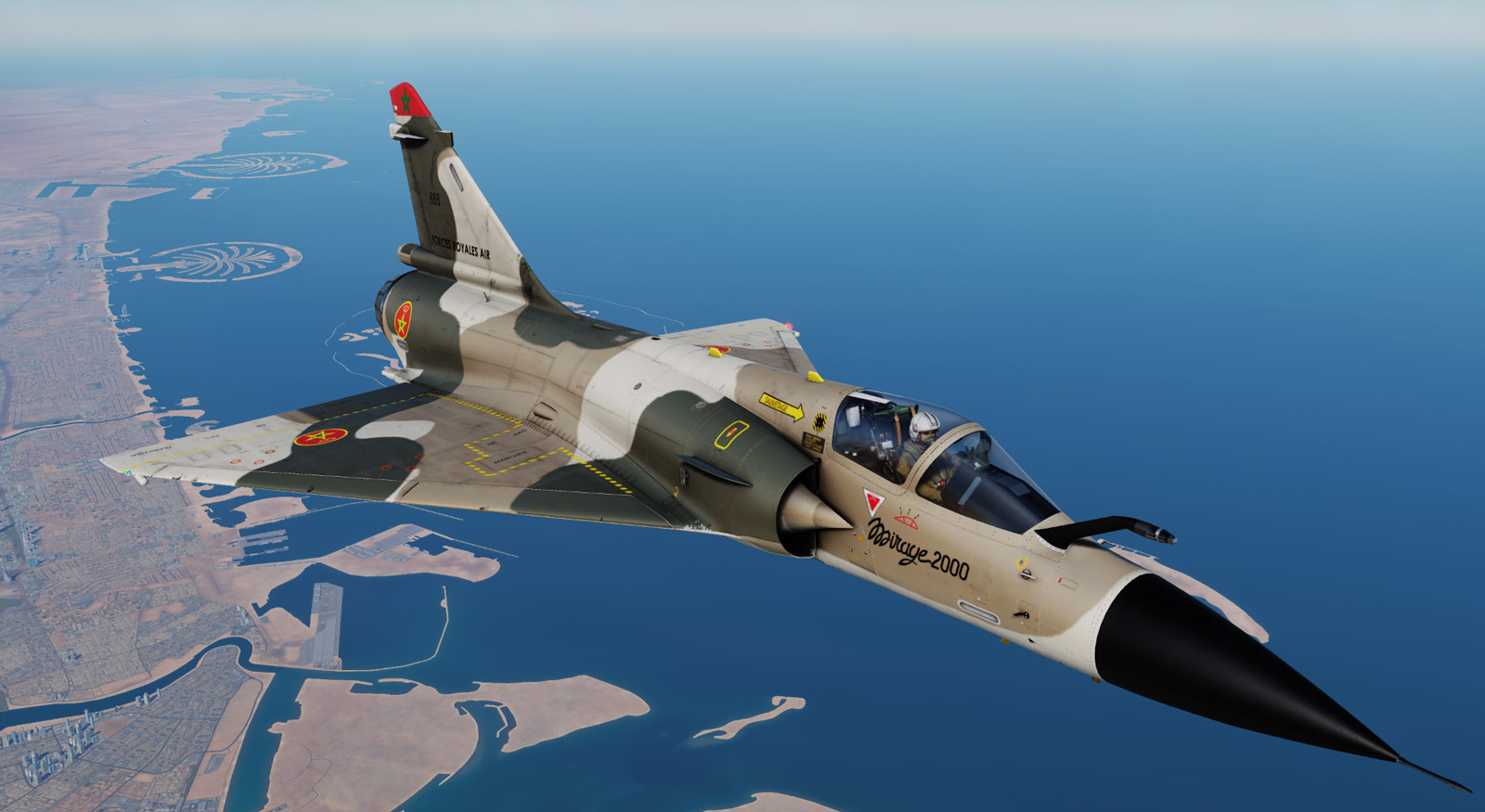 Type - Skin
Author - CHSubZero
MiG-15bis based on MiG-15bis and MiG-15UTI of the Air Forces of Algeria, Congo-Brazzaville, Kingdom of Egypt, Guinea-Bissau, Mongolia, Mozambique and Tanzania with dynamic BORT numbers.

According my sources the one and only MiG-15 of Guinea-Bissau (#34) is stored in a shelter since years. One MiG-15 of Congo-Brazzaville (#101) was found 1994 stored outside in a very bad condition. Mongolia received some MiG-15bis and MiG-15UTI and the only available photo is #337 as gate guard. 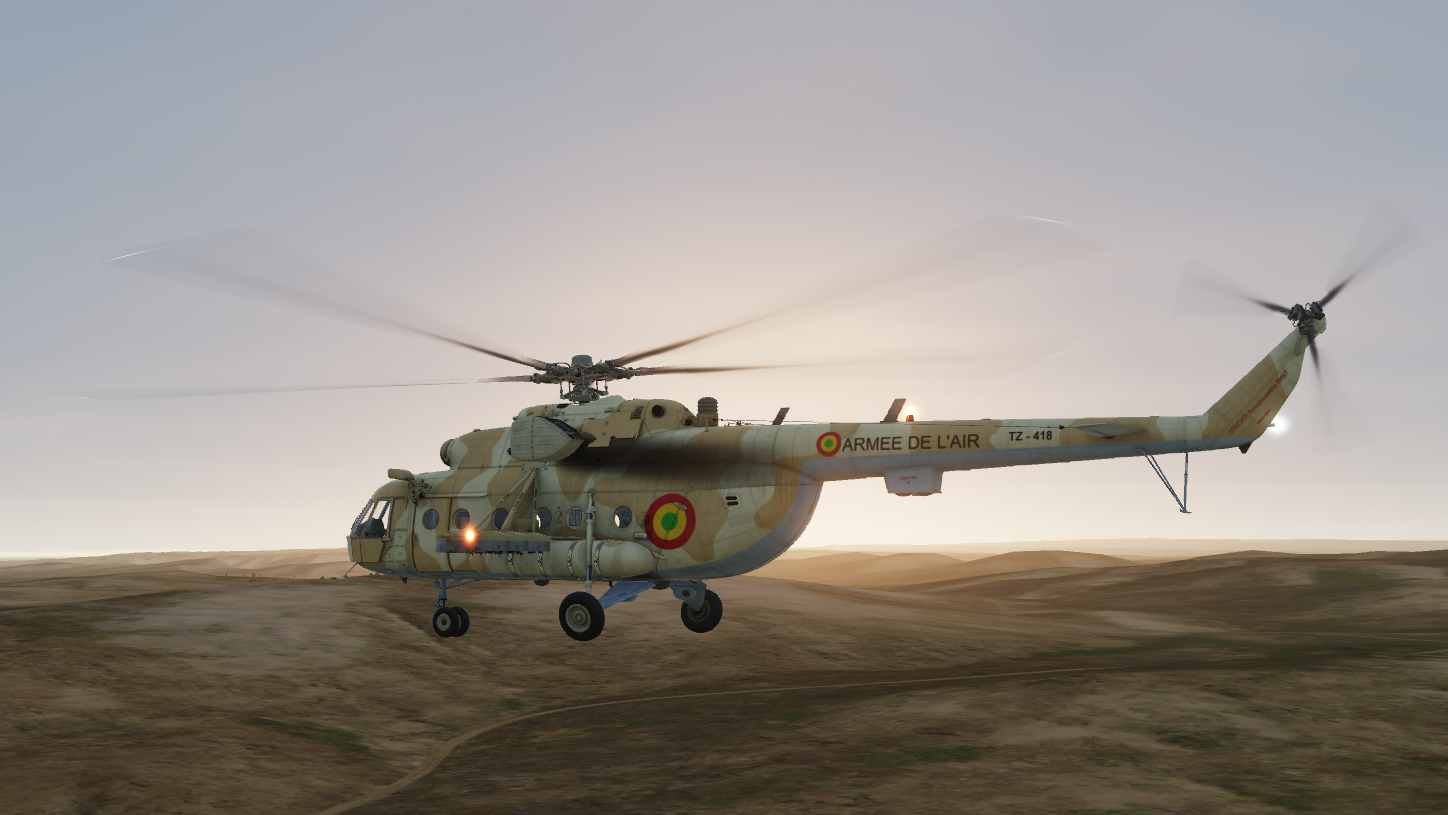 Type - Skin
Author - Strikesabre98
guys I am pleased to announce my new livery based on the brand new MIL-17 delivered to MALI from Russia just in these days, based on a thorough research I managed to get a possible tail number and a possible coloration based also on the previous MIL-35 of Mali. P.S. I will improve it when there are more photos around it is very '' fictional '', I hope you like it, feel free to improve it and leave a comment I'm not an expert, it's just a hobby for me, I don't want to replace those who are better of me .
INSTALLATION -->DCS WORLD OPEN BETA-->BAZAR-->LIVERIES-->mi-8mt
thank you :3
Tags: Mi 8, Mi 8 MTV2, Mi 8 MTV2., Mi, Mali, Russia, Africa, Afrika, 2021, desert camo, desert paint, desert camouflage, MaliAirForce, ​
Download Detail
Prev. 1 Next
FOLLOW US