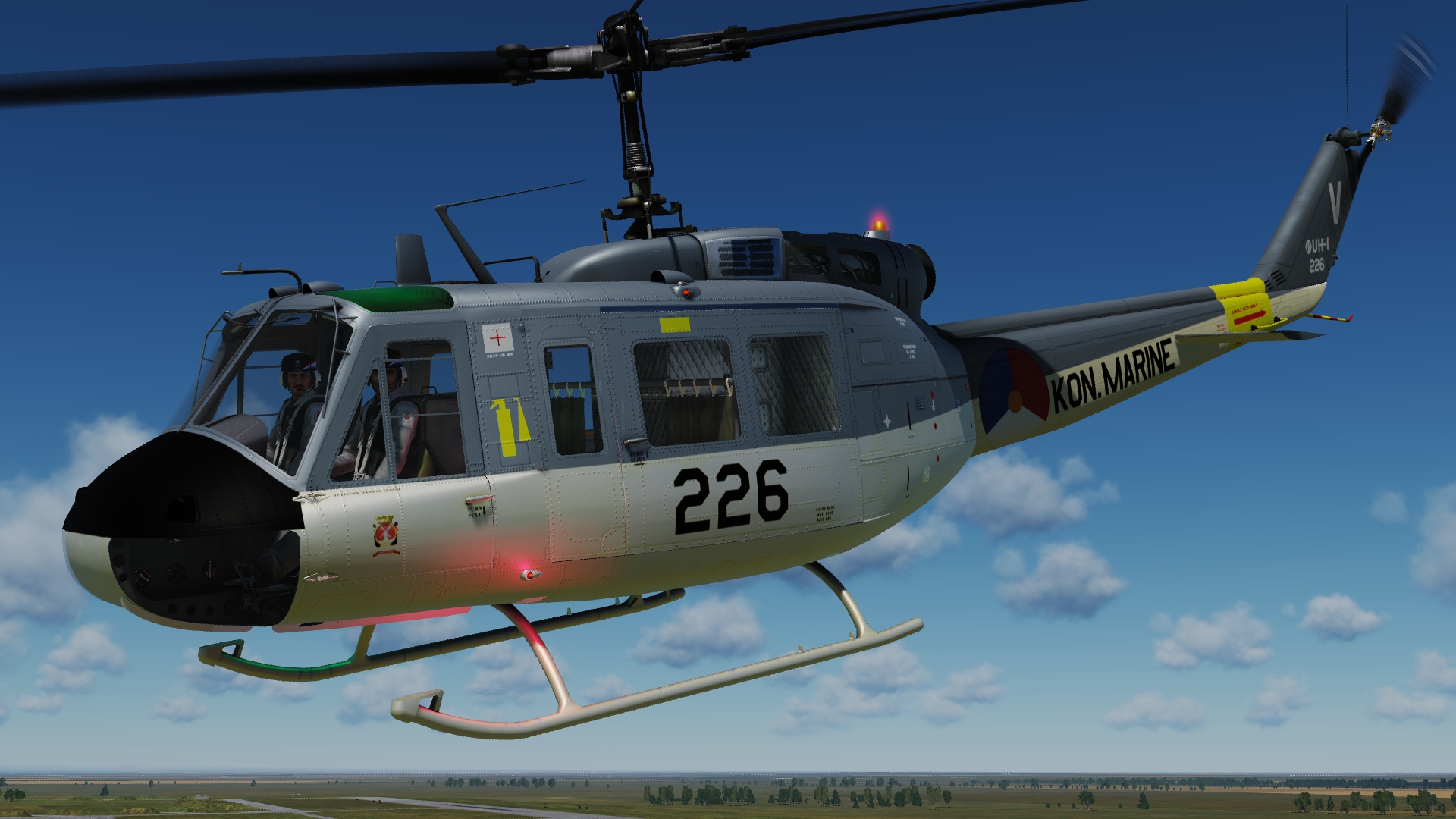 Type - Skin
Author - WineNB
Updated skinpack, I edited the description file and the used spec files are for optimum display.

The Tail Spec texture file is an updated version of the uh1_tail_spec file which was included in the Ace Combat 4, Independent State Allied Forces UH-1H skinpack by TheMrSir46.
So, credits for the spec files go to TheMrSir46.

The Royal Netherlands Navy (Koninklijke Marine) received 8 Augusta-Bell 204B helicopters between June 1962 – July 1963.
They were assigned to MLD (Marineluchtvaartdienst, Naval Air Service) 7 squadron and used in SAR/comm roles.
In March 1978 the AB204Bs were withdrawn from service and sold.

The pilots have customized helmet textures as well as the squadron patches.
FOLLOW US