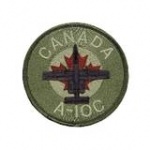 Contains two skins for each Canadian squadron currently in DCS A-10C, one two-tone grey, inspired by the current CF-18 Hornet paint scheme, and one all-over low vis grey scheme as worn by many tactical CF aircraft over the years.

Each skin has authentic squadron tail art, and is finished in authentic CF paint colours and marking styles.

1) Spelling errors in Canadian squadron section of logbook corrected, due to space limitations, 439 "Sabre-Toothed Tiger" squadron was shortened to 439 "Tiger". Apologies to 424 squadron ;)

2) New "Operational" squadron shoulder patches to replace the heraldic badges already in game. Any fighter pilot worth his salt will tell you that heraldic badges, although perfectly ok for blue blazers, are too snooty for flight suits. Less formal operational patches show esprit de corps and individual squadron flair, as well as history and tradition.

3) Canadian Pilot Textures: Canadian OD flight suit textures on both the cockpit pilot and the ejected pilot (different 3D models). Individual squadron patches can be chosen within the installer. Due to ED using a single pilot texture file for all A-10C pilots you can only have one type of pilot skin active at a time. However, if you would like to change your pilot to a different squadron simply run the installer again and choose a new pilot skin. You can even pause the game, ALT-TAB out, run the installer, go back into the game and your pilot will be different. Takes about 30 seconds.

There is an error with the serial number generator in DCS A-10C, any 7 will appear as a 6. Hopefully this will be corrected in a patch.

Unable to put flight suit patches or the left arm pocket on the ejected pilot skin as it uses a mirrored texture for both arms
Tags: Canada, Canadian, A-10C, Skin, Pilot
FOLLOW US