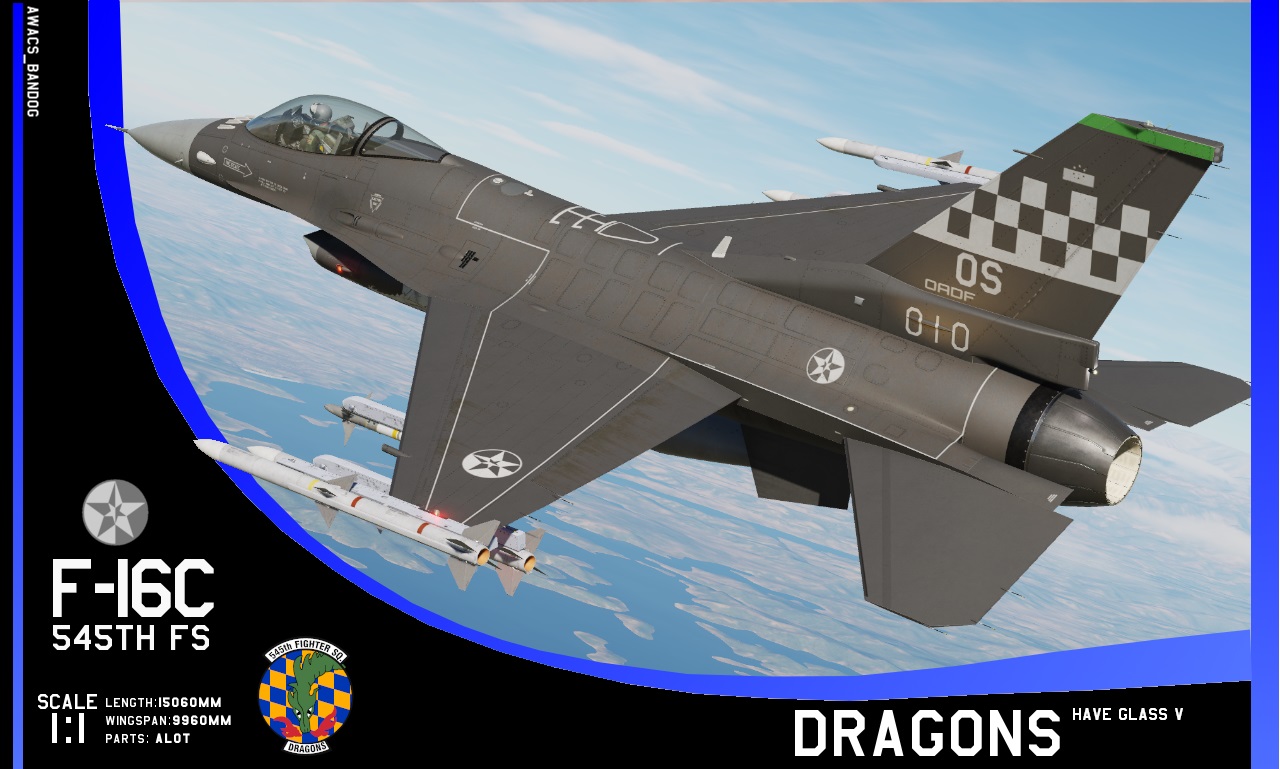 With the OADFs retirement of the A-7 however in 1993, came the disestablishment of the Dragons who would remain dormant until 2011. The OADF saw the need for new Commands, and in particular to reinvigorate the Immediate Reaction Force which had languished to a critical degree under the Harling administration. The OADF opted to Reactivate the Dragons as a F-16C unit, now assigned to the 57th Fighter Wing, alongside fellow F-16 squadron the 65th "High Rollers" fighter squadron.