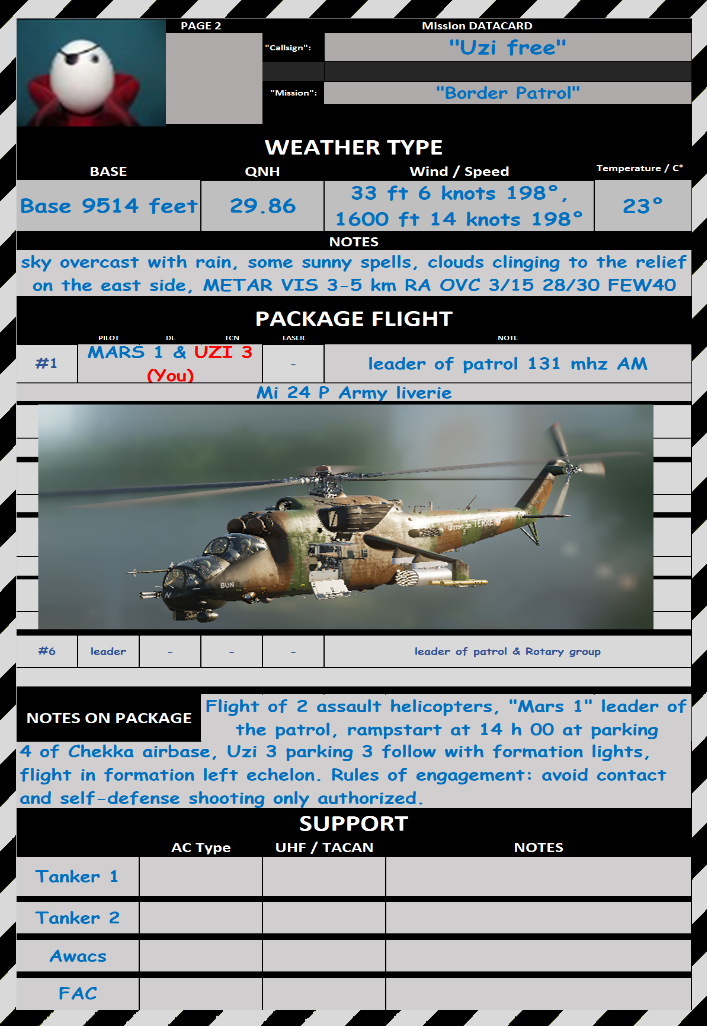 Type - Single mission
Uploaded by - CORSAIR V.E.A.F
This mission "Patrol Border" is the number 2 of "Operation Fugu" campaign is inspired by the "Operation Diodon" mission during the Lebanon war from 1982 to 1984.
The Multinational Security Force in Lebanon was created in September 1982 at the Lebanese request to the Secretary General of the United Nations and dissolved in March 1984 following the double attack against the French and American contingents.
Assignment:help the Lebanese army restore the authority of its government in and around Beirut. Ensuring the safety of civilian populations.
Four countries made up this multinational force: the United States, France, Italy and the United Kingdom. A strong naval presence ensuring their support off Lebanon.
The war is complex, marked by rifts between religious communities, militias, phalanxes, traffickers, and by foreign interventions (Syria, Arab League, Israel, Iran, etc...).
This Campaign is part of this context of both "neither war nor peace" with a wide variety of helicopter mission

The "surprise" deployment was a success but sparked hostile political reactions in the country. The contingents with two helicopter squadrons are deployed and the "Chekka" base located on a plateau is secured like a fortified castle.

The police missions assigned to your gendarmerie group have not yet been assigned, so to discover the region a reconnaissance flight with an army helicopter has been planned.
This one-hour flight consists of discovering the northern part of the country, the surveillance of which is our responsibility.
Your flight will be commanded by "Mars 1" an experienced crew who has already carried out missions in the region and was part of the technical team that assisted Lebanese pilots before the "UN-mandated deployment". The weather is bad but the mission is maintained because the bad weather does not facilitate the task of possible aggressors.
The planned mission is to fly around "Mount Lebanon" which takes 1 hour. Mars 1 will rampstart you (Uzi free) let it pass and you follow.
Once take-off, you fly in formation behind, following the flight plan and your leader. The flight consists of flying over Tripoli, René Mouawad airport, then following the northern border with Syria.
The second part of the flight consists of flying on the eastern slope of Mount Lebanon and returning to Chekka Airbase due west. This second part of the flight is done in hostile terrain, the eastern slope being "uncontrolled".
Reports point to phalanxes or militias equipped with small arms and heavy machine guns. The instructions are to avoid any hostile contact, only legitimate defense.

Follow your leader, and good flight during 1 hour 15 minutes. Lot of radios contents ! A SU 25 is at the parking so can load this mission and play with an another hélicopter.

The mission is successful if the 2 helicopters return to the parking lot on the base safe and sound. Possible enemy encounter !