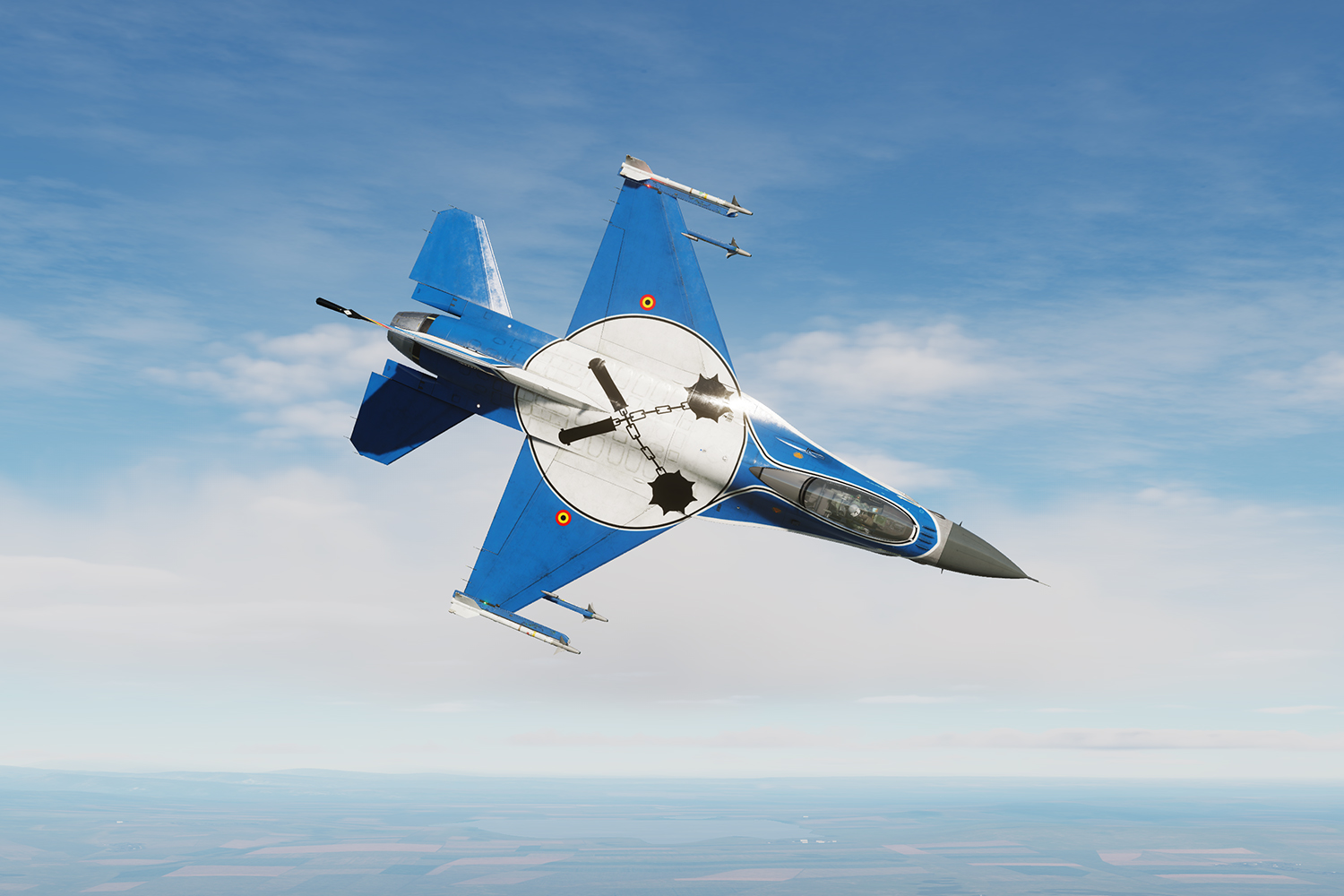 Type - Skin
Uploaded by - TigerTrigger
The 349th Squadron was founded in 1942 as a Belgian unit within the Royal Air Force.
The squadron took part in the D-day landing operations and further liberation of Europe during the second world war.
After the war the SQ. was stationed at EBBE (Beauvechain AB).

The 349th Squadron 349 flew with 6 different aircraft: the Spitfire, Gloster Meteor, Hawker Hunter, Avro Canada CF-100 Canuck, Lockheed F-104 and the Lockheed Martin F-16 Fighting Falcon.
The squadron was equipped and operational with F-16's in 1979 as the first operational F-16 unit within NATO.

In 1987, at the time based at Beauvechain, received a special paint to celebrate the 45th anniversary of the Squadron.
I tried to remake this livery as for DCS.

If you have any tips or remarks, please let me know.