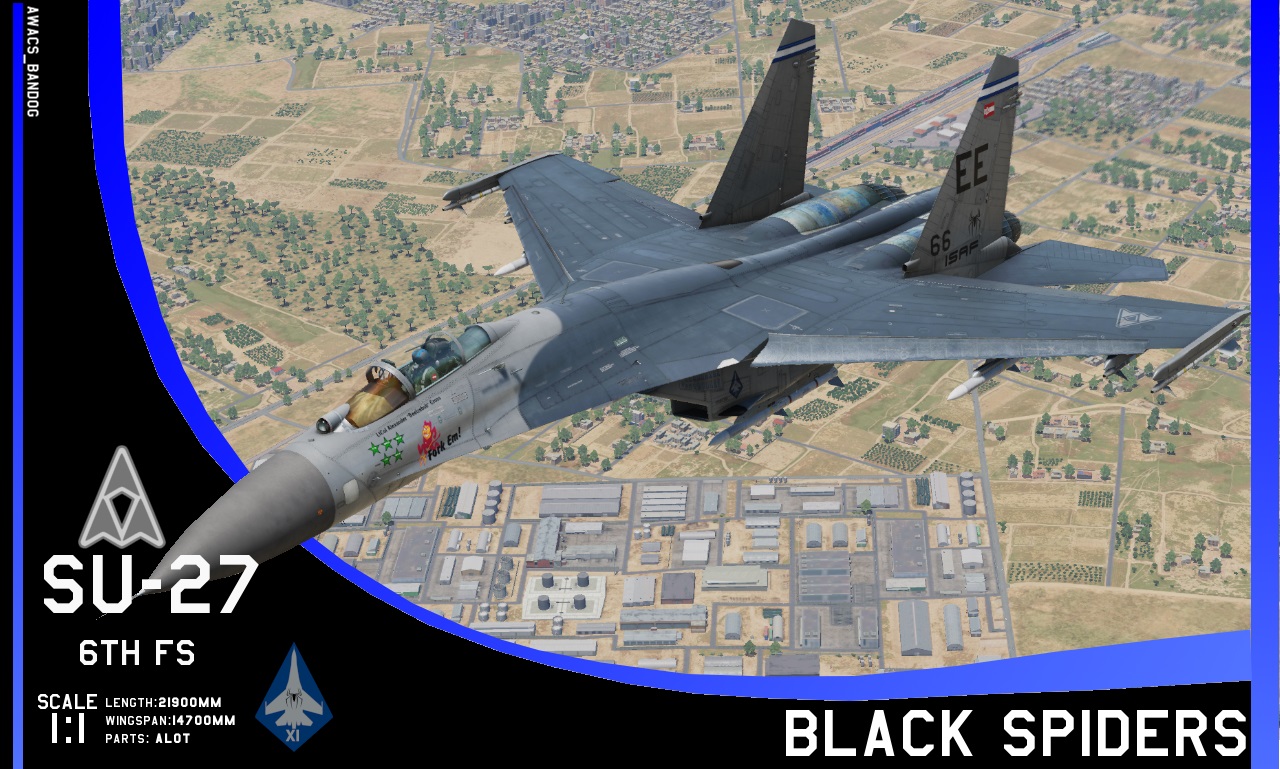 Better Avionics, Weapons upgrades and the ability to field precision strike weapons with underslung Targeting pods put the Su-27UG A cut above its counterparts.

However, the upgrades were not fully implemented in 2003 when the Eruseans marauded across the country. The 6th Fighter Squadron "Black Spiders" was deployed to hold the line at all cost. For hours the pilots fought a desperate losing battle of never ending sorties and precision strike missions relying on ground spotters or other aircraft to mark their targets.

Eventually all was for not when the military was forced to retreat and the Government capitulated under Erusean rule.