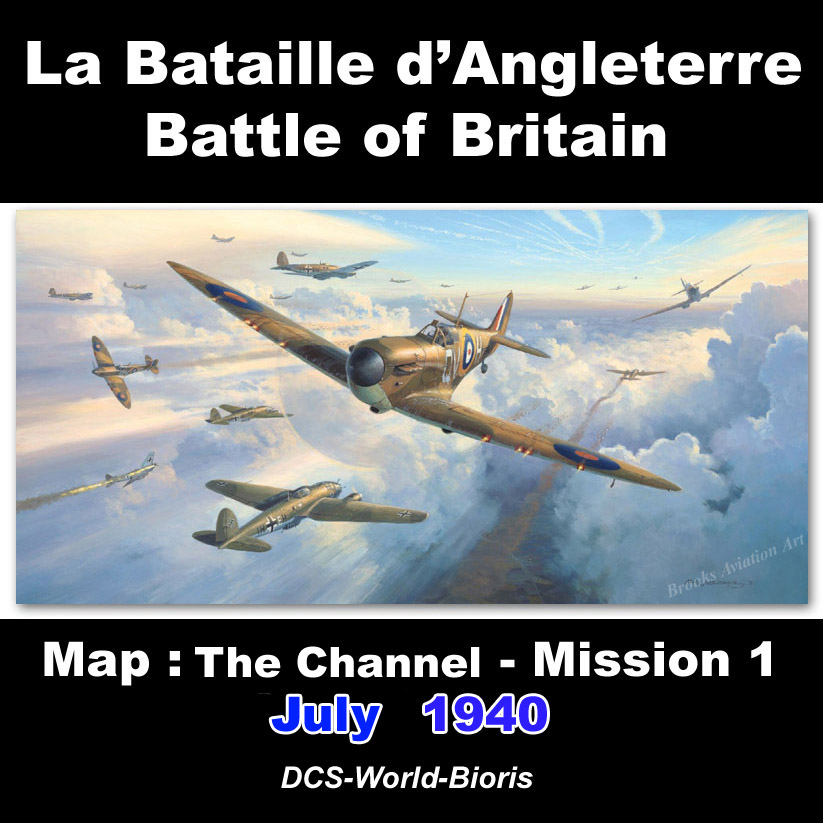 Type - Single mission
Uploaded by - Bioris
- Historical battle - Start of the Battle of Britain, hunt the German BF-109s, defend the skies of England aboard your Spitfire.

- Mission 1: Fighting in the English Channel : "Kanalkampf" in German.

- July 1940, the Battle of France has just ended, the Germans begin to attack Great Britain. They sink the freighters which supply England with food and materials, but they do not yet attack the soil of England.