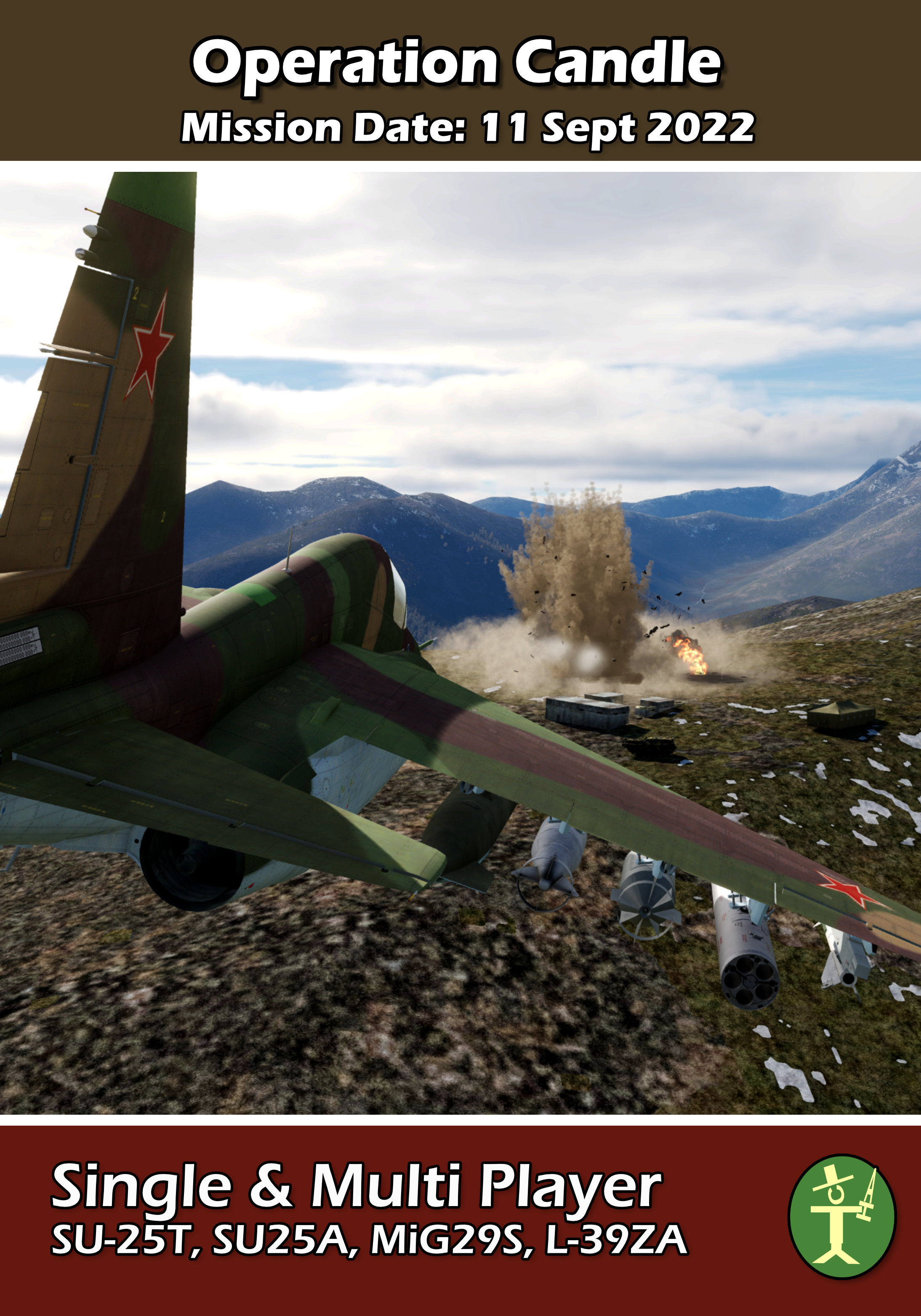 Type - Single mission
Uploaded by - chattytumbler
This mission is primarily an SU-25 ground attack sortie with the choice to fly as the L-39 Albatros 'bad guys' for the Red team. It is playable on either the red or blue sides in single player and/or multiplayer modes. The main mission brief is aimed at the Blue team but there is a full Red brief.

Single player: Radio options will allow you to fly for Red or Blue and you generate AI aircraft to help or hinder you. As the L-39 you can generate the entire enemy AI strike package then go and hunt them down.

Red Force Mission: Up to 2 human pilots can fly L-39Zs to try and protect the commander and stop the SU-25T attack.

Blue Force Mission: Knock out the enemy SAM site so you can destroy an enemy garrison and hopefully eliminate its commanding officer.  This can be flown by up to 12 human players.