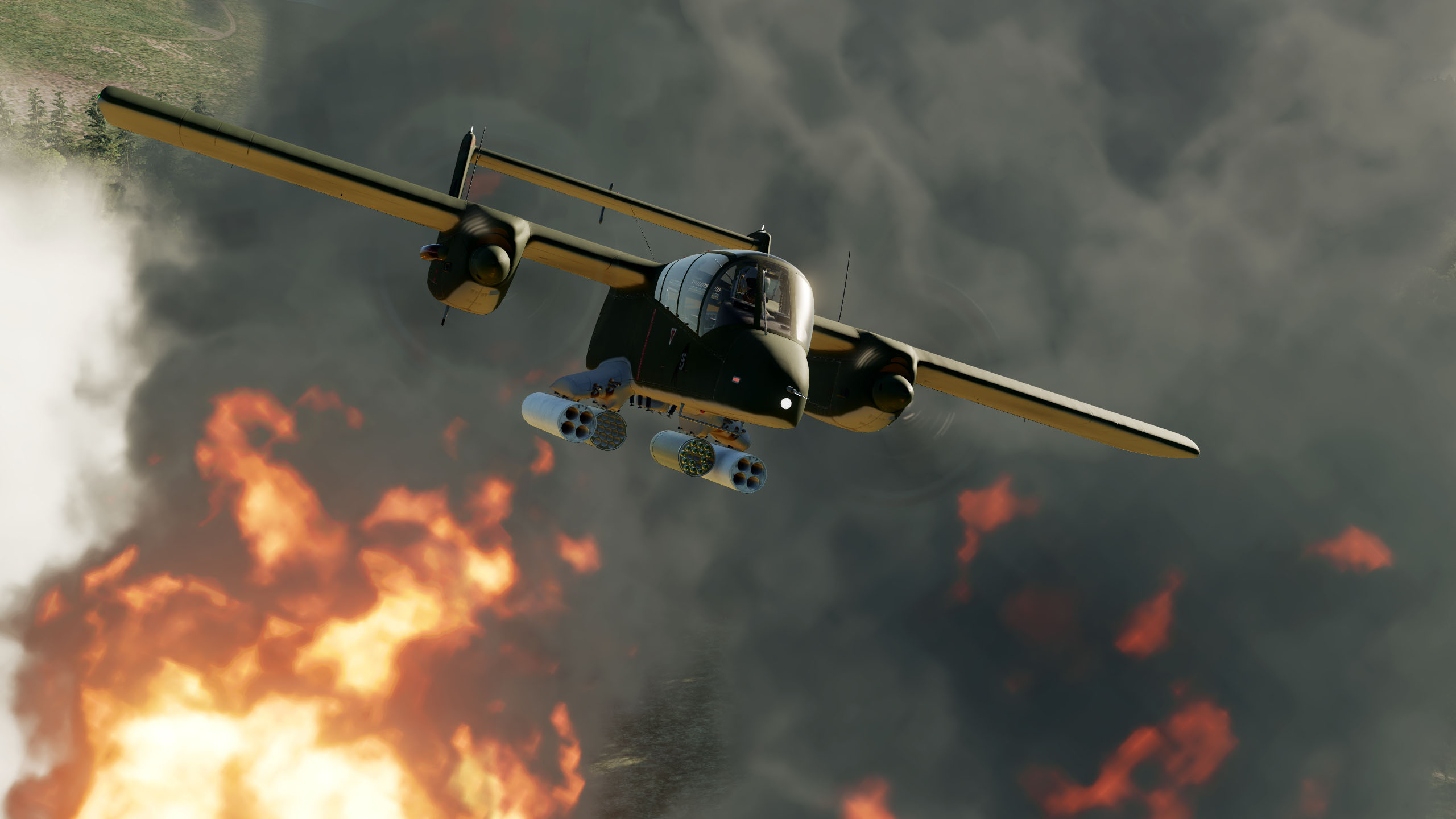 The player can fly around, identify targets and request an air strike from one of five availabe striker groups, to engage the target.
He can select the type of ordnance that he wants dropped on the target and the amount of ordnance. As an option he can also select a specific attack heading.
After firing his marker rocket, the selected AI bombers will drop the selected ordnance onto the smoke marker.

The mission is based on my FAC Script, which will be released for download separately.

Both the Split Air OV-10A Bronco mod and the community A-4E Skyhawk mod are needed to run this mission.

If the player identified a valid target (AI ground units or a map object), he needs to do the following steps:

Once these selections are made, the dialogue between FAC and striker will start and the task is set.

The dialogue will now prompt the player to fire a marker rocket at his desired target, which the attackers will engage with the selected options fr om strike menu.

As an option the player can select an attack heading, fr om the F10 – Other -> Strike options menu.

A PDF manual is included.

Link to the script:
https://www.digitalcombatsimulator.com/en/files/3325979/

+++ update 30.09.2022 +++
v1.4 fixed the "nil" script error, when one of the ai attackers was not available anymore (crashed/shot/typo in name...)
added a "Two miles!" call for the attackers, so the player knows when to look at the target area
reworked the reset strike request logic

A sample video by 311Gryphon: https://youtu.be/nmG1tm_1dnk