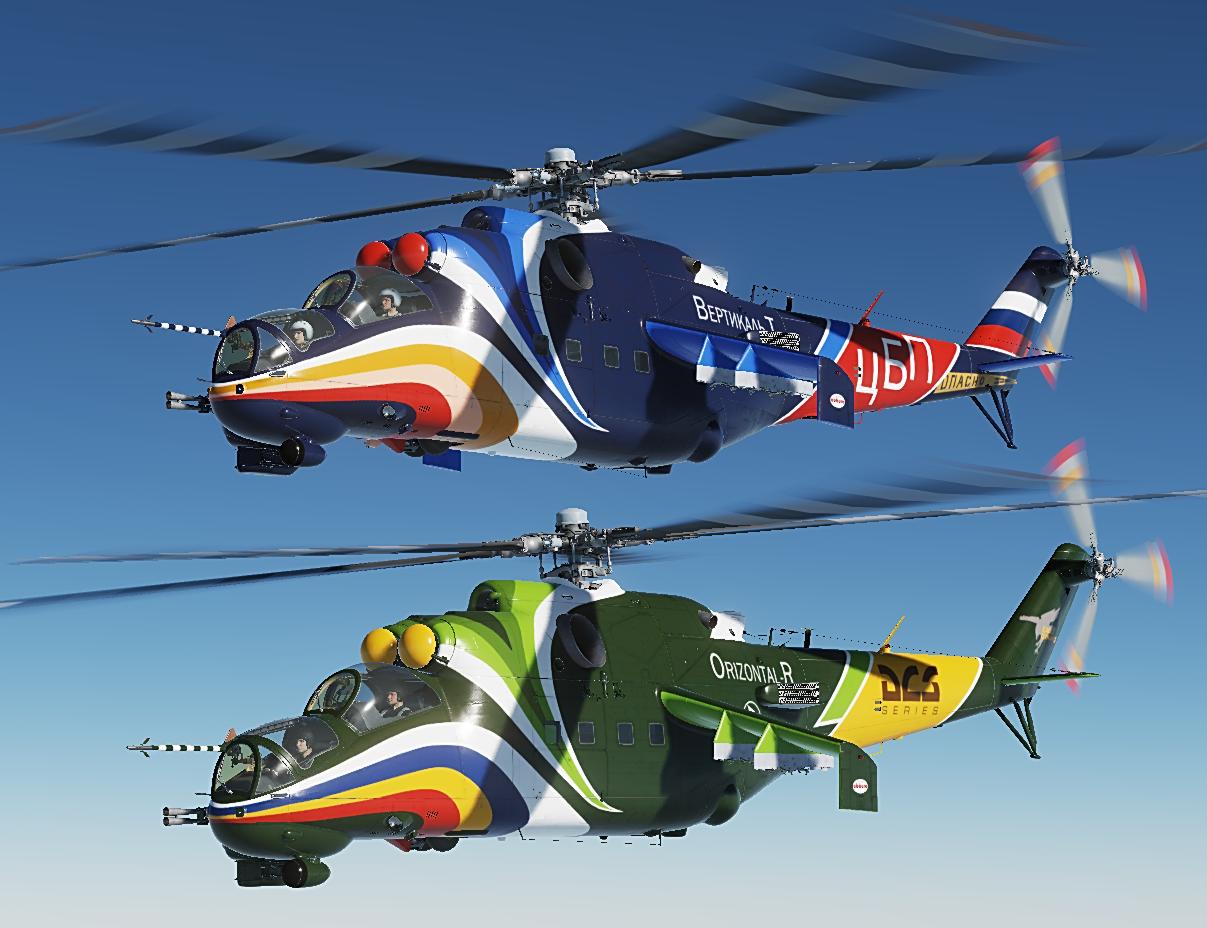 Vertical-T is a real skin used on a modified version so-called Mi-24T, flown by the leader of the Russian Army Aviation's Berkooty display team.
Orizontal-R is a fictional livery based on Vertical-T emphasizing our DCS simulator along with the Romanian flag in front.
Both liveries are represented as factory new with custom slightly shinier  roughmet.

!!! IMPORTANT: Orizontal-R requires Vertical-T to be installed, because some files are referred to different folder in order to minimize the space usage !!!

This livery took me an insane number of hours for the alignments of all those elements which are spread on countless parts of the templates. The result however, I hope will enjoy you as much as i have enjoyed creating it.
Tags: RoAF, Mi-24. Mi-24P
FOLLOW US