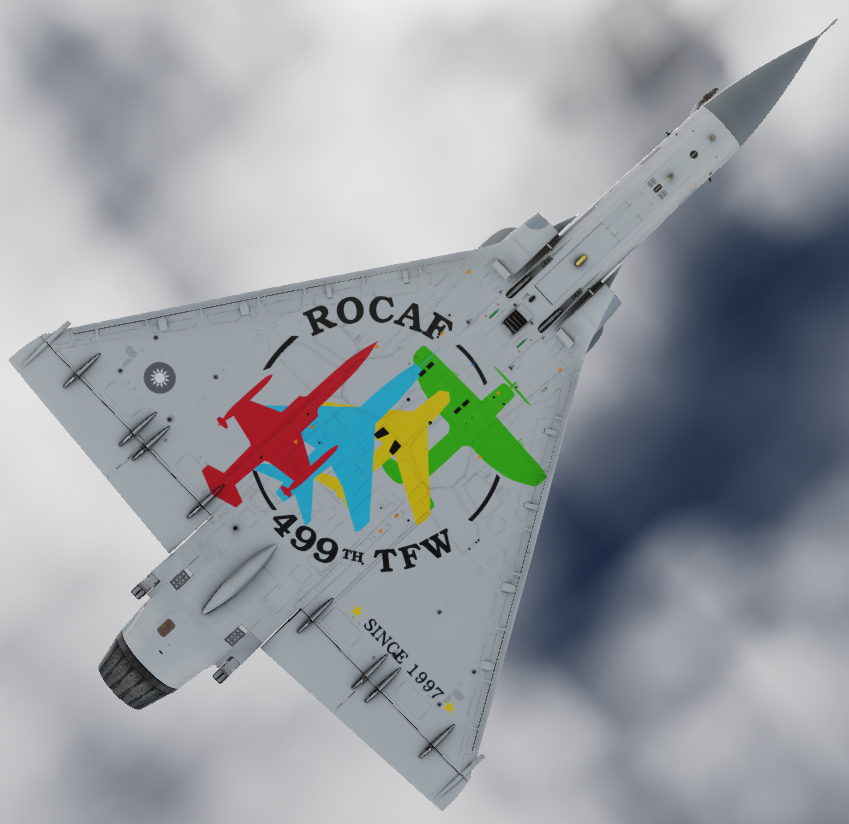 Type - Skin
Author - Mauser792
These are repaints of the RAZBAM Mirage 2000C in the colors of 499th TFW, ROC (Taiwan) Air Force, at Hsinchu Air Base.  ROCAF actually operates the upgraded Mirage 2000-5 with RDY radar and armed with MICA missiles.

These skins are available free for personal enjoyment. All other rights reserved.
Tags: Mirage 2000C, Taiwan, ROCAF
FOLLOW US