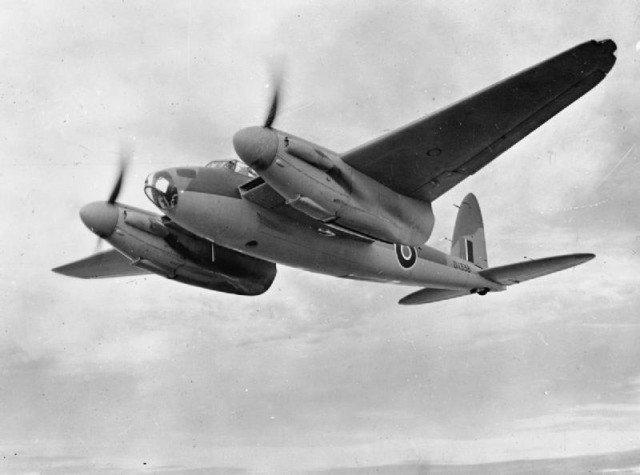 Type - Multiplayer mission
Uploaded by - drandall
Operation Jericho was a low-level World War II bombing raid by Allied aircraft on Amiens Prison in German-occupied France on 18 February 1944. The stated objective of the raid was to free French Resistance and political prisoners. To do this, a precision air attack assigned to 18 Mosquito aircraft from the 464th RAAF, 487th RNZAF and 21st RAF squadrons were tasked with breaching the outer prison walls and destroying the guard’s mess hall. A diversion attack was also simultaneously carried out on a railway station. The three (3) mission files included are based on this historic and controversial attack.....:

This mission can be conducted as single player or multi player. Along with two Mosquitos, two P-51Ds and two P-47s have also been placed on the departure airfield. If you want to use other aircraft, be sure to only change the existing aircraft, otherwise the mission triggers will not function.

In order to simulate a more realistic experience, the Easy and Hard  version mission files are configured such that the Theater map displays no additional information, and labels have been turned off. You should be able to find the target area easily using the information provided in the mission briefing without using these aids. The Dynamic version allows labels. It is also recommended that you do not use the "mark position" feature of the kneeboard.

Heading to, and coordinates of, the target area are given in the mission briefing. Mission requires The Channel terrain.

NOTE 1: Because the mission files are larger than allowed by the DCS User Files server, the included ZIP file contains a link to my Google Drive where they can be downloaded. There are two files available, one labeled "Easy" and another labeled "Hard". The only difference is that the "Hard" version includes air defenses.

NOTE 2: Although I have tested this mission several times, as of the release on 10/22/2021 it is possible that I did not catch everything. Please provide feedback if you find a bug. General comments about the mission are also appreciated.

UPDATE:  Version v1.2 includes three versions (Easy, Hard and Dynamic). Corrects a flag error in that was found in the early release of the "Hard" version. The "Dynamic" version randomly spawns one of nine different threats at mission start - Note: Early release - this version is undergoing testing.