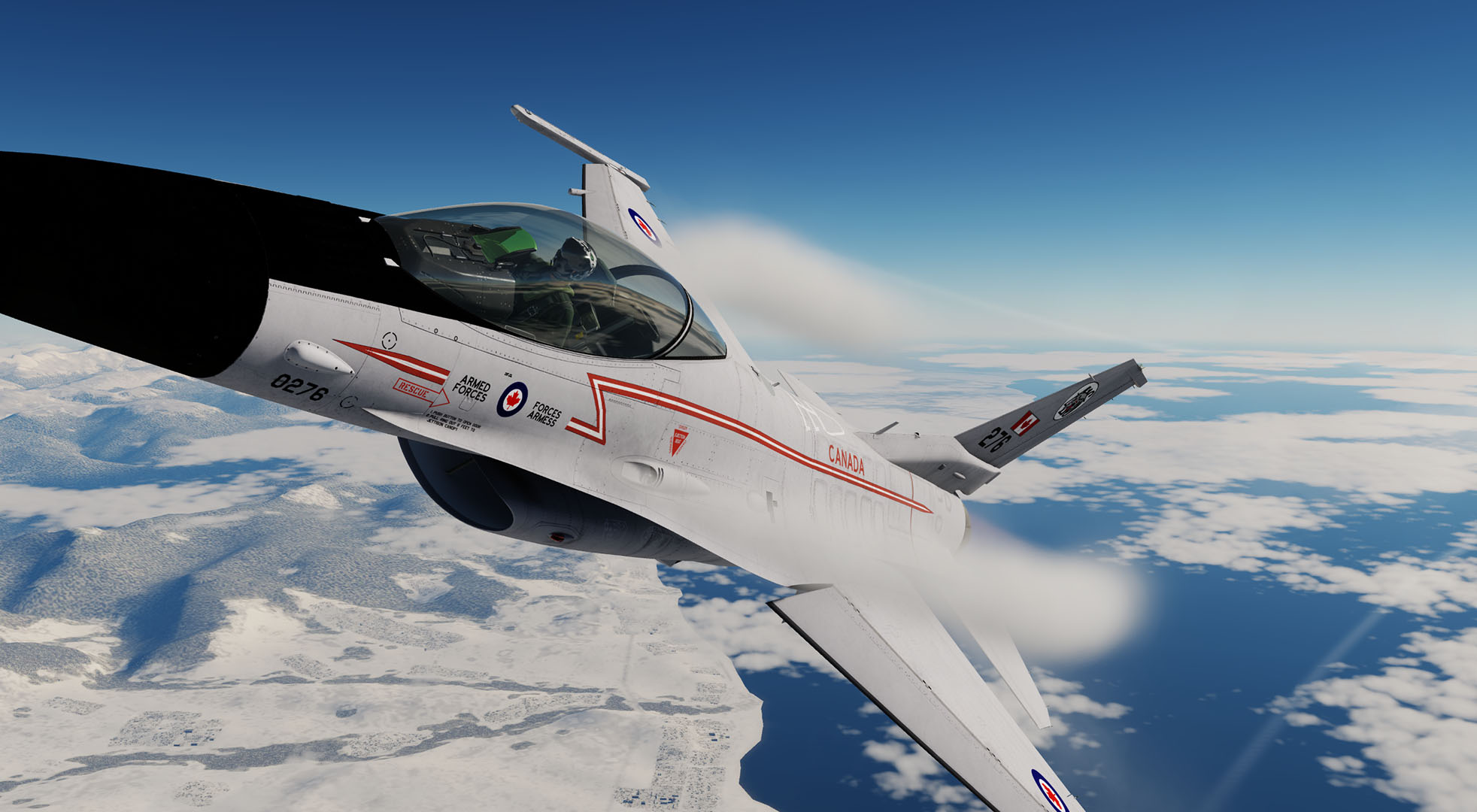 Type - Skin
Author - KYJellyFish
No. 416 Squadron RCAF was formed at RAF Peterhead, Aberdeenshire, Scotland in 1941 as a fighter squadron for service during the Second World War and was based at various RAF stations in Scotland, England and continental Europe. The squadron was disbanded in March 1946. The squadron was reformed in 1952 at RCAF Uplands in Ottawa, Ontario for operations in Europe as part of Canada's Cold War presence. The squadron was located at Grostenquin, France. By 1957, the squadron was relocated to Canada at RCAF St Hubert near Montreal as an air defence squadron flying Avro Canada CF-100 all weather fighters. In 1962, the CF-100s were replaced with the CF-101 Voodoo and the squadron was moved to RCAF Chatham, New Brunswick, where they flew the interceptor until the end of 1984. 416 Squadron thus became the world's last front-line unit flying Voodoos.