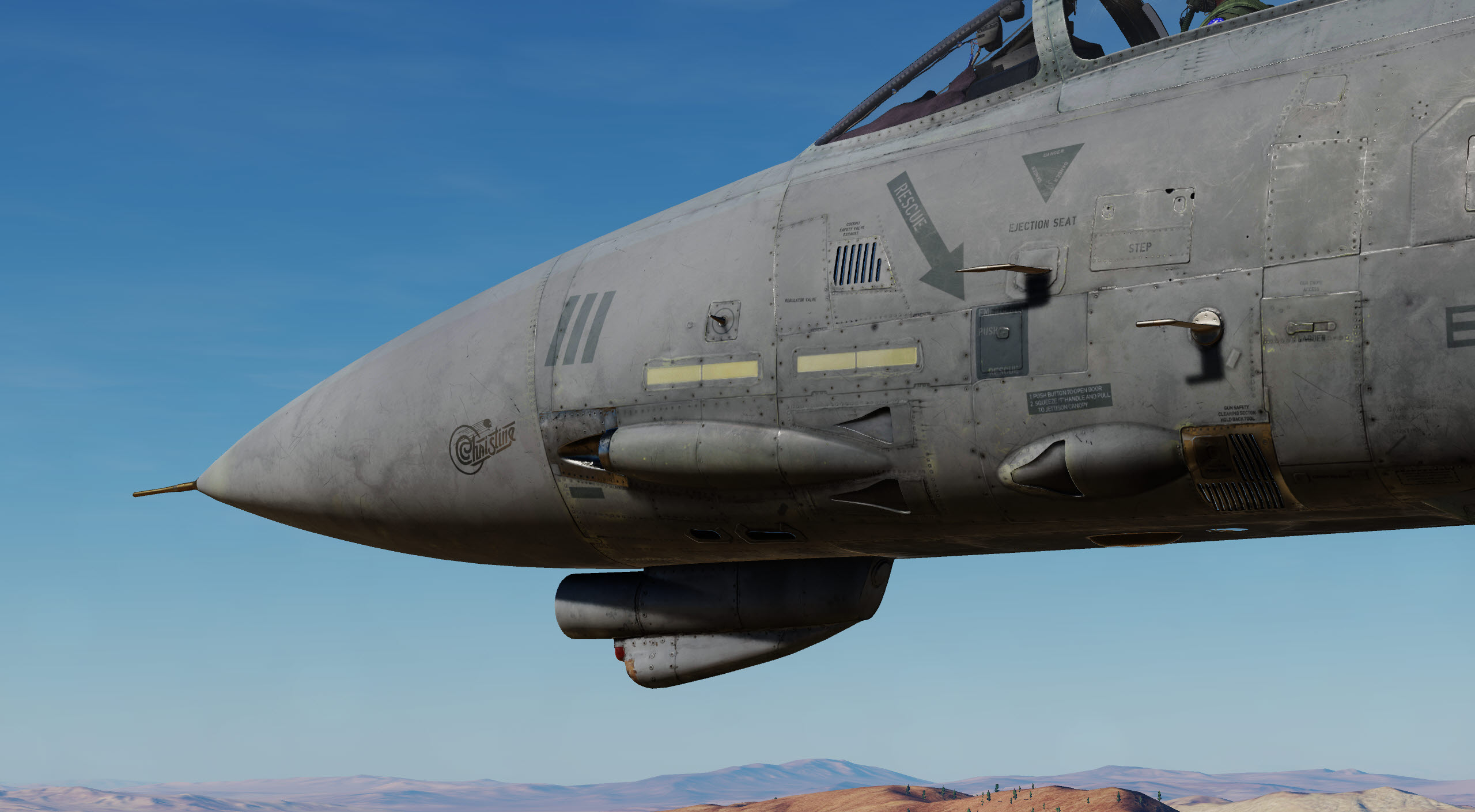 "Christine" The longest serving F-14D livery has been fitted to the DCS F-14B. New aircraft surface and roughmet redesigned to give a heavy weight feel. The new nozzle and photo decal texture and HB's weathering layer are used to represent the last-flown F-14 in Middle East and Desert operations.

Inserted Tom Cruise face into PILOT HELMET. Your face is reflected in the cockpit mirror. It's great for Tom Cruise flying Tomcat with  tomcatter.
If you don't like it, please replace HB_F14_EXT_PILOT_HELMET with the original

I kept the serial number of HB F-14B

VF-31 was formed on July 1, 1935 and known as the “Shooting Stars” but later would become
the owners of Felix The Cat emblem and in 1948 received the name “Tomcatters”. In early 1981
VF-31 received the Grumman F-14A Tomcat and in 1992 upgraded to the F-14D Super Tomcat.
In 2002 VF-31 was onboard the USS Abraham Lincoln and heading home from Operation
Enduring Freedom when they were ordered back to take part in Operation Iraqi Freedom wh ere
the Tomcatters flew 585 sorties and dropped 239 LGB/JDAM/Mk 82 bombs.

In 2003 VF-101 Grim Reapers took possession until 2004 when it made its final home with VF-31 Tomcatters. In 2006 on the Tomcats final cruise the aircraft was named Christine and became the longest serving USN F-14.

All reference from http://www.primeportal.net/hangar/bill_spidle_f-14d/f-14d_159600_christine_parts/index.php?Page=2
Thank you very much for the very rare photos