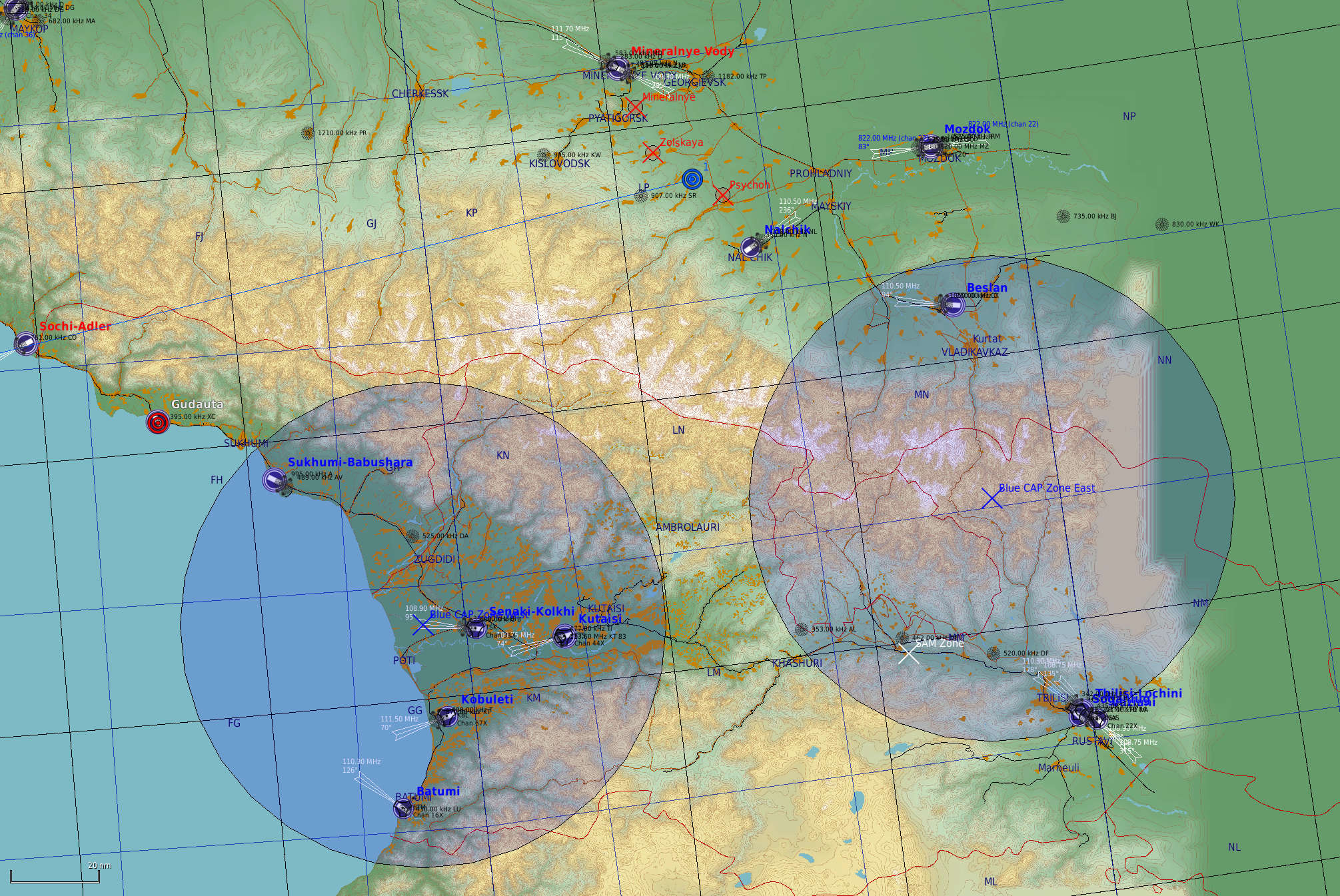 Situation
BLUEFOR has pushed back REDFOR forces North-East of the Elbrus after REDFOR agressors pushed south two years before. A shaky truce had been established in the meanwhile.
BLUE intelligence units now report that REDFOR is planning for a Winter offensive, leveraging their stronghold in MINERALYNE-VODY to prepare for the push towards TIBLISI.


BLUEFOR HQ has been established in TIBLISI. The USS Roosevelt is on the way back to BATUMI for enforcement. An airlift is operating fr om the coast to TIBLISI for enforcements. North of the Elbrus, BLUEFOR joint forces hold NALCHIK, BESLAN and MOZDOK airbases.
Artillery and tank units hold positions north of
Nalchik. CAP flights operate from KUTAISI (Zone West), Vaziani (Zone East) and TARCAP from Beslan (Zone North East), CAS from Mozdok.

NOTES: A REDFOR carrier group is operating off the coast of CRIMEA. Distracting operations are to be expected from insurgents and surprise air-operations from REDFOR.

#1 – Support ground units to take the target zones in     PSYCHOH, ZOLSKAYA, and the MINERALYNE BREACH.
#2 – Take care of insurgent operations if and when they occur
#3 – Look out for surprise REDFOR air & ground operations     along the coast of Georgia

- Build on MOOSE framework
- Assign Artillery and Ground Units via F10 Menu
- AI CAP and CAS support available via F10 Menu
- Super Carrier integrated
- Modular build, easy to add own airplane groups
- Many modules put on the map, of course mainly my favorites F14 and M2000c :), some F16 and F18 as well as Mig-29G and A-10A+C available
- To disable ATIS, change script in the 3rd trigger in the mission editor from "EnableAtis = true" to "EnableAtis = false" (minus the quotes, of course)