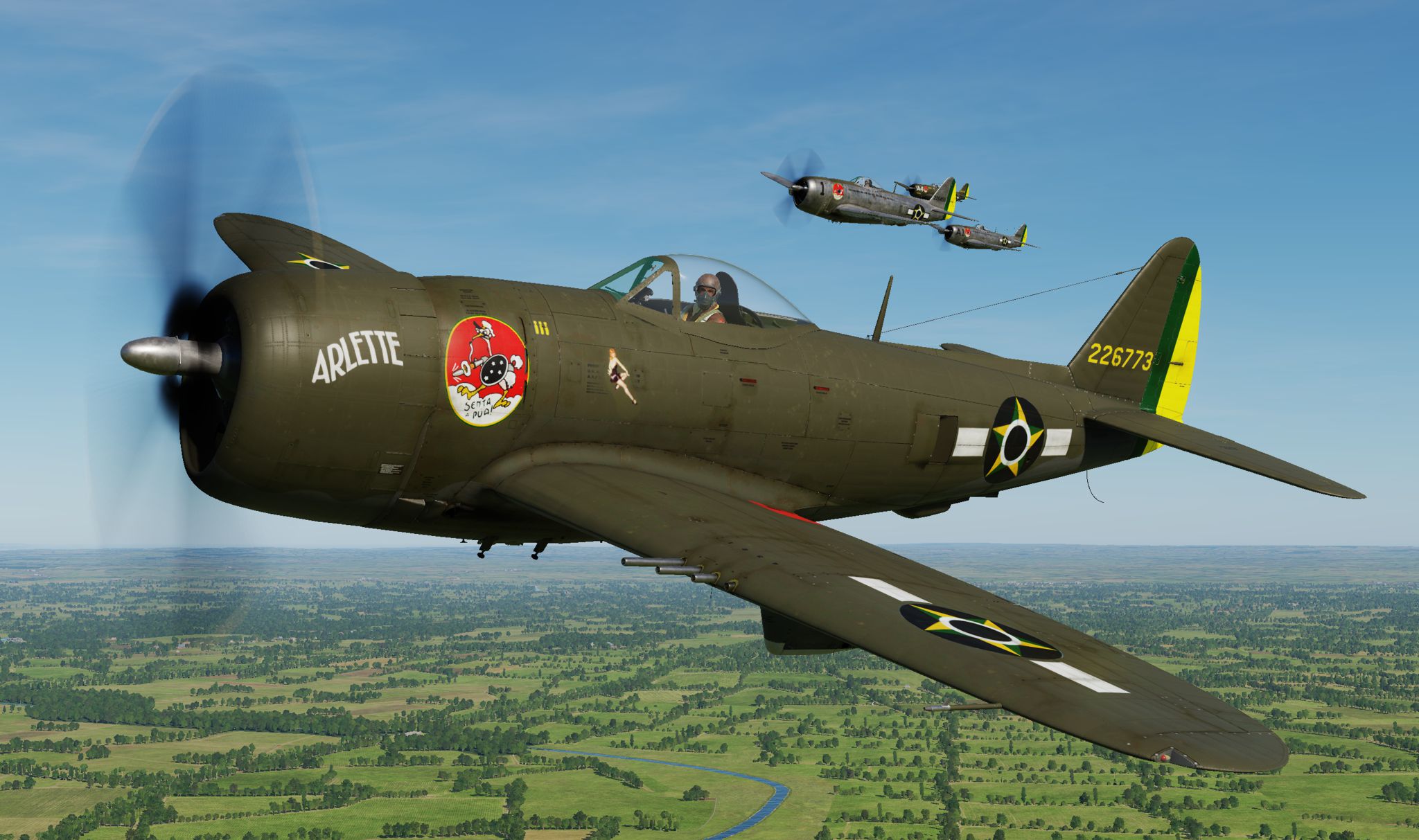 About this Livery:
The livery is as historical as possible. After evaluating the photograph evidence, I concluded that the name ARLETTE was in white, not yellow.

1st Lt Miranda Correa flew 8 combat missions during WWII. He flew very few sorties because he was the Squadron Inteligence officer. When the squadron received the airplanes in October, 44, few pilots decided to customize their planes. Lt Miranda named his plane to his wife, Arlette, and placing a pin-up bellow the canopy. The Squadron CO, Cel Nero Moura, did not like the idea and the customizations was promptly removed. At the time of the famous "Arlette" photo, it had only 3 missions so far.
Eventually, this airplane would be shot down by flak flying as Green Six (D6).

He was fortunate to let him fly a bit as he was an important piece of the squadron. This airplane was a P-47D-25-RE SN 42-26773.There is a famous picture of this airplane. This airplane was eventually assigned as D6 (Green Six) and was shot down by Flak.
Miranda Correa survived the war, remarried three times and had only one son. He ended his Air Force Career as a General.

2nd Option
Extract the 1st Brazilian Ftr Sq-Jambock-Arlette-Miranda folder to your C:\Users\"YourUserNameHere"\Saved Games\DCS.openbeta\Liveries\P-47D-30 folder
If you don't have that folder, you may create it.
Remember to double check your HD drive letter and Saved Games destination folder.