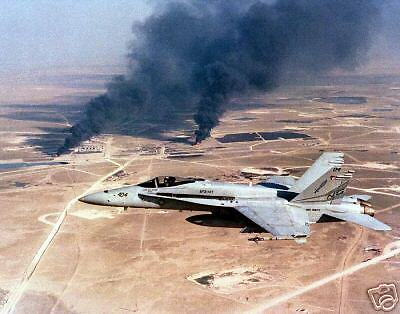 Type - Single mission
Uploaded by - Clutchy
This mission is a recreation of a sortie that was ordered on the first day of Desert Storm (Jan 17, 1991).

Note: Geographically, Iran has been substituted for Iraq.

4 F-18s were tasked with bombing the H3 airbase in western Iraq. They were accompanied by 6 F-15s and a Hawkeye early warning aircraft. The number and types of aircraft on both sides, and the order of events are accurately represented but everything else (weather, distance/altitude, weapons, etc.) is my best estimate.

Your mission is to destroy Iraq's H3 airbase. Your flight (Enfield) of 4 F-18s will launch from the USS Saratoga and rendezvous with Springfield 1 and 2 (6 x F-15C), and Hawkwind (E-2D Hawkeye). Opposition should be light - some AAA at H3 but no SAMs. They've already been dealt with. However, the likelihood of encountering enemy aircraft is high.

Your target is the H3 airbase (Lar Airbase). Your flight is armed with Mk-84 bombs. Your goal is to ruin the airfield and reduce its ability to launch aircraft.
Tags: F18 Hornet, desert storm, Persian Gulf Map, jdam, Stennis
FOLLOW US