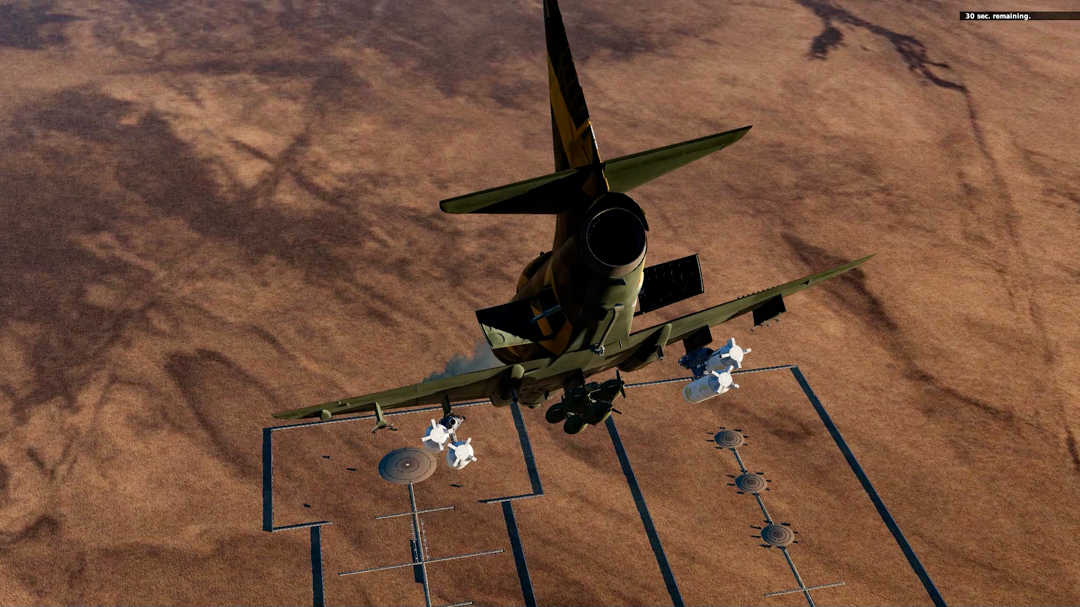 Type - Single mission
Author - sidekick65
Fly missions with the A-10C II, the AV8B or the A-4E Community Skyhawk on this bombing range as seen in the Gathering Storm and Iron Bombing Tips and Tricks Videos.

The ranges is designed for multiple types of iron bombing missions and comes with fully loaded instances of the three listed aircraft both in the air and on the ground.

The mission also implements an optional "SAM Exclusion Zone" which will force players to stay below 500' when within 10nm of the range, except for short tactical popups.

To run the mission requires the three listed aircraft, the Persian Gulf map, and the following mod: http://www.476vfightergroup.com/downloads.php?do=file&id=287

The range complex consists of two ranges.  The first has a single 50m target with a 750m run-in line.  The second as a series of 3 25m targets.