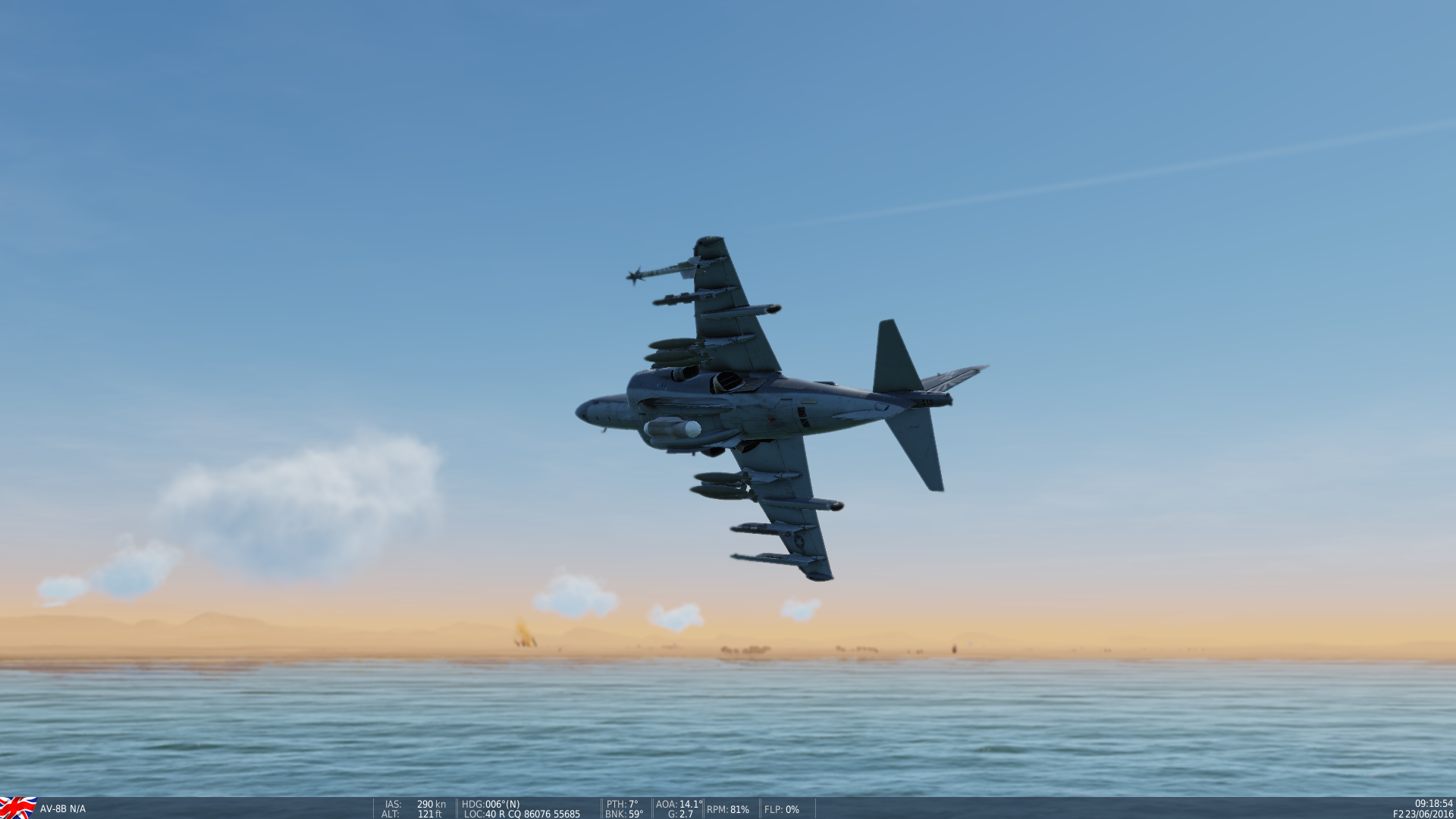 Type - Single mission
Uploaded by - Hedgeslammer
Qeshm Island has declared independence from the mainland Iranian government after a major earthquake.
Help fly in relief supplies by removing the air defence threat and any forces preventing access to the airfield.

Full briefing:
Situation:
A major earthquake has hit Qeshm island.  The Iranian government has been very slow to respond with aid, and the resulting frustration has led to an unexpected development.  The regional government of Qeshm Island has declared independence fr om the Iranian mainland and requested aid from the UN as a sovereign nation.
Unsurprisingly, the Iranian government aren’t best pleased and have denounced their declaration, instructing the local garrison to impose martial law and execute the governor and his co-conspirators.  Unfortunately for the Iranian government, some of the local military have sided with the governor and requested help from the UN to hold off the Iranian government mainland forces.
The UN have granted limited assistance – which is wh ere you come in.  They’ve granted permission for relief supplies to be flown into Qeshm airport.
A flight of Chinooks are flying in troops and disaster relief, due to land at Qeshm Airport ASAP.
However, a force of Iranians loyal to the mainland government are holding the airport and are denying the Chinooks permission to land.  We need you to help persuade them to desist.

Objectives:
Their defences comprise an old Rapier battery and a couple of ZSU23 anti-aircraft guns around the perimeter of the airfield – these are your main objectives.  They also have a handful of armour that they’re using to hold off local rebel forces.
Tarawa - callsign Black Pearl – will co-ordinate air ops, while a Marine Force Recon team - callsign Barbossa - are overlooking the airport and in contact with local rebel friendlies who’re planning to attack the forces guarding the airport this morning.  They’ll co-ordinate ground ops and alert you to any defences they’d like your help with.
Once the main airport defences are destroyed, Barbossa will confirm with the codeword “Tortuga” to avoid alerting the Iranians on the mainland, and the Chinooks will land and drop off their load.  They will abort if they meet significant resistance, so clear out as many defending forces as possible to allow them a safe landing zone by the airport buildings.
The area is dangerously close to the Iranian airbases at Bandar Lengeh and Havadarya, so the UAE will provide CAP for the mission in case any flights are launched to intercept the transports.
We still don’t have AWACs available in the area, so communication between flights is the only way you’ll know what bandits are in the air.