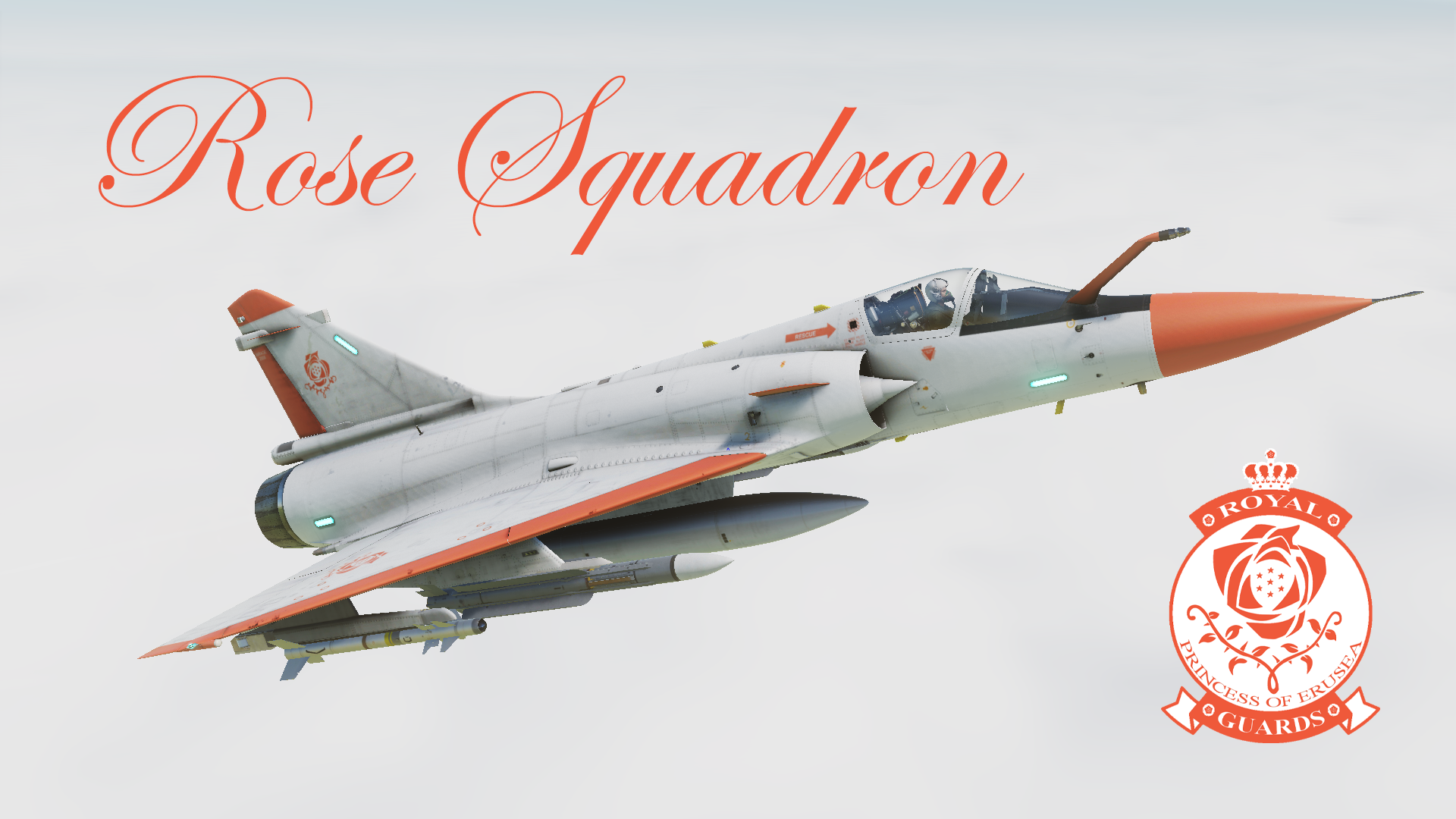 Type - Skin
Uploaded by - TrickyJumbo
Fictional livery for the Mirage 2000C based off of the 3rd Royal Guard Regiment from the Ace Combat series. Included are two liveries, a "standard" livery and a "flight lead" livery, with an orange radome and rudder surface being featured on the latter as the only real difference.