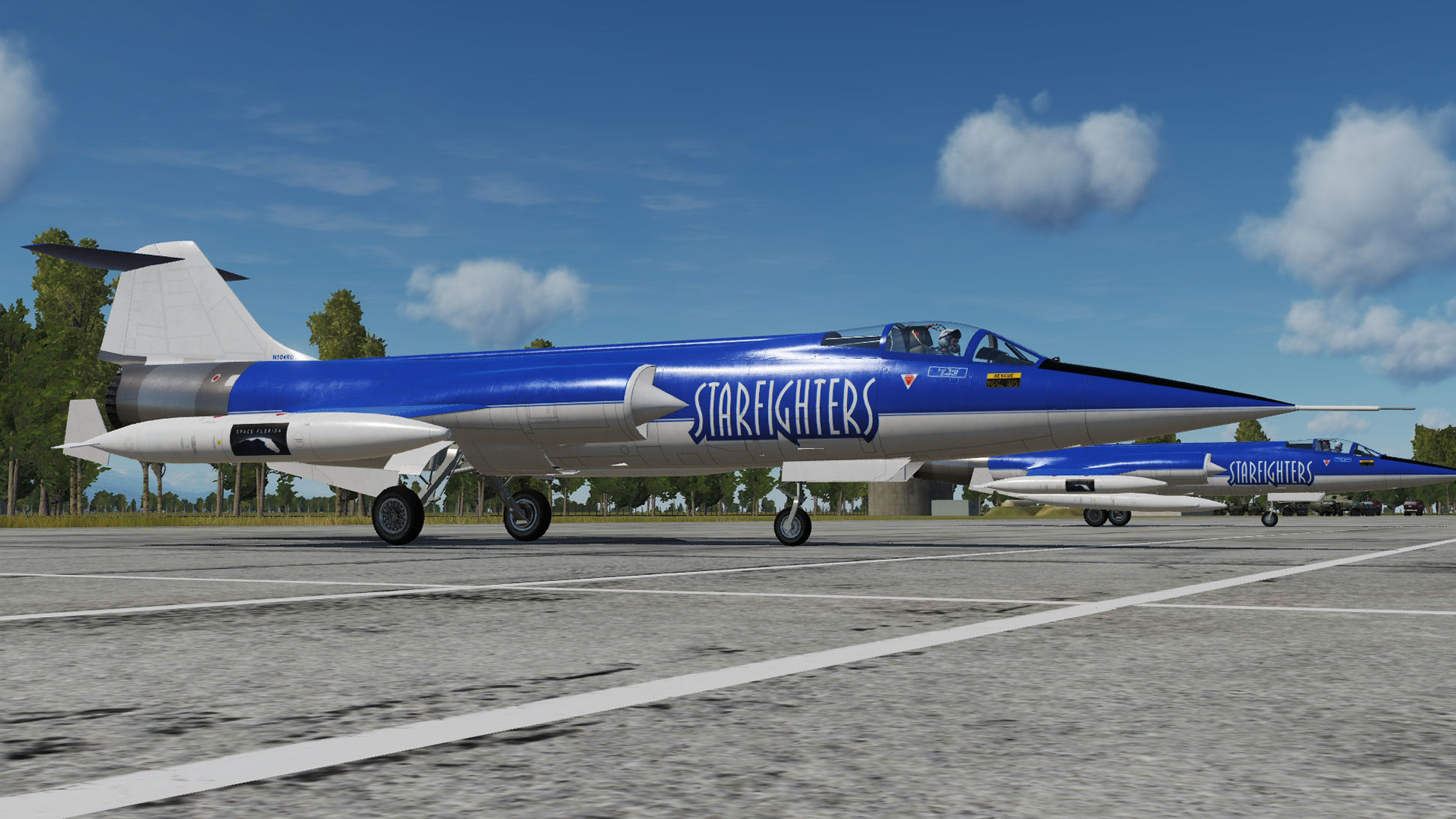 Starfighters operates the world’s only fleet of flight-ready F-104 supersonic aircraft.
Based at NASA's Kennedy Space Center and operating under authorization from the Federal Aviation Administration,
these aircraft are available to government and commercial customers for a variety of missions.

The CF-104 Starfighter 104850 went to Europe after being delivered to the Canadian Armed Forces.
In a later live it was sold to The Starfighters Demo Team, that was in July 1997.
After the first season was very succesfull both aircraft received a stunning blue-white “STARFIGHTERS” colorscheme.
Its civil registration had been changed to “N104RD”.

The CF-104 Starfighter 104759 was first delivered to the Canadian Armed Forces on 17 May 1962.
The Starfighters Demo Team needed an extra single-seat airframe for the 2007 season.
The 104759 arrived in St Petersburg in November 2006.  In early 2008 it had received its blue-white color scheme.
From (effective date) 10 August 2007 the aircraft received official registrationnumber “N104RN”.