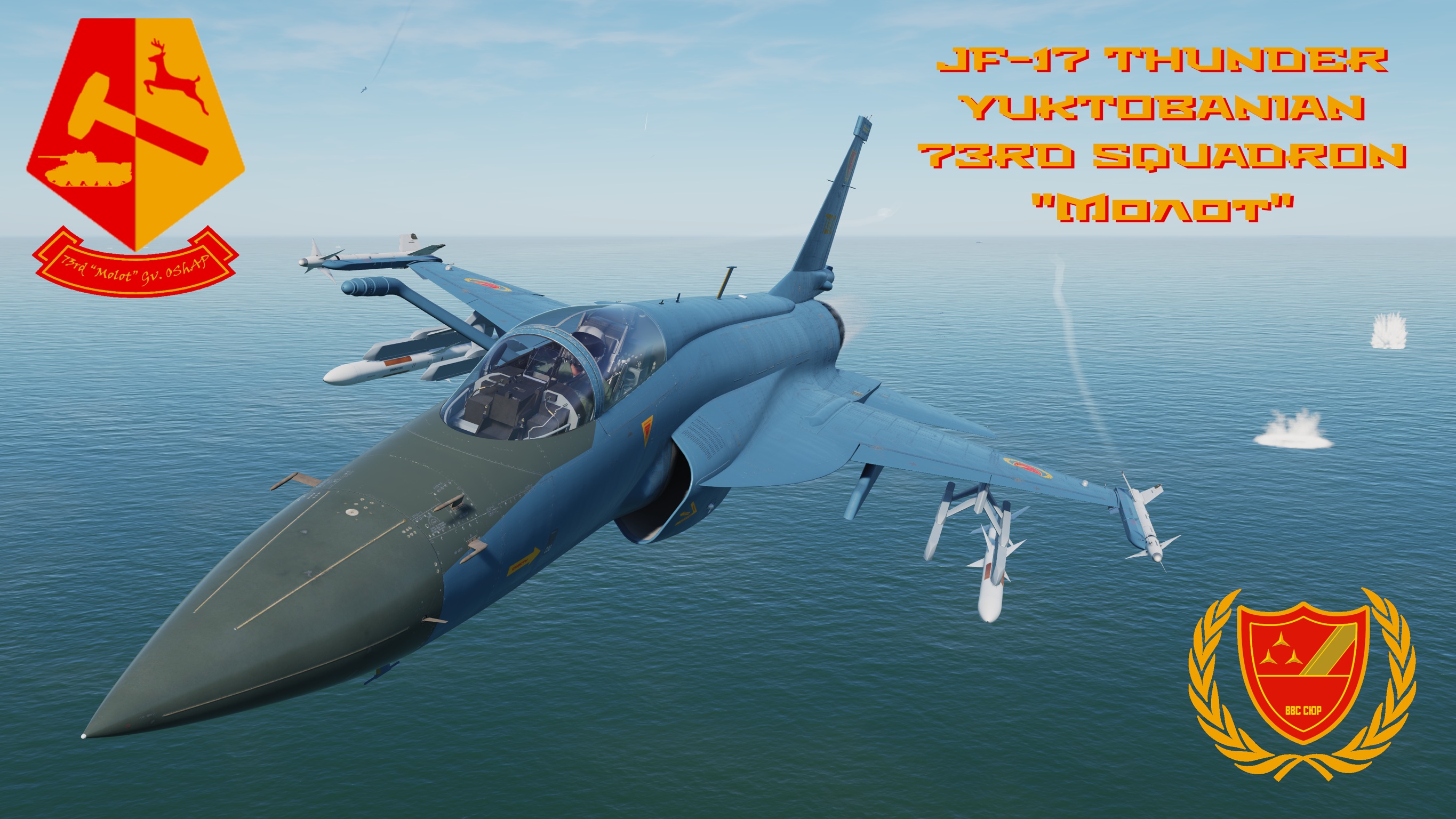 Type - Skin
Author - Chief of Booty
this is a livery I made as I wanted a non gray livery for the jf-17. It is based off the F-20 tigershark used by the Yuktobanian airforce in Ace combat 5.

To install the livery you need to place it in the jf-17 livery folder which is located in coremods/aircraft/Chinese asset pack in your main install directory.

this skin may be replaced/upgraded once the official template comes out.