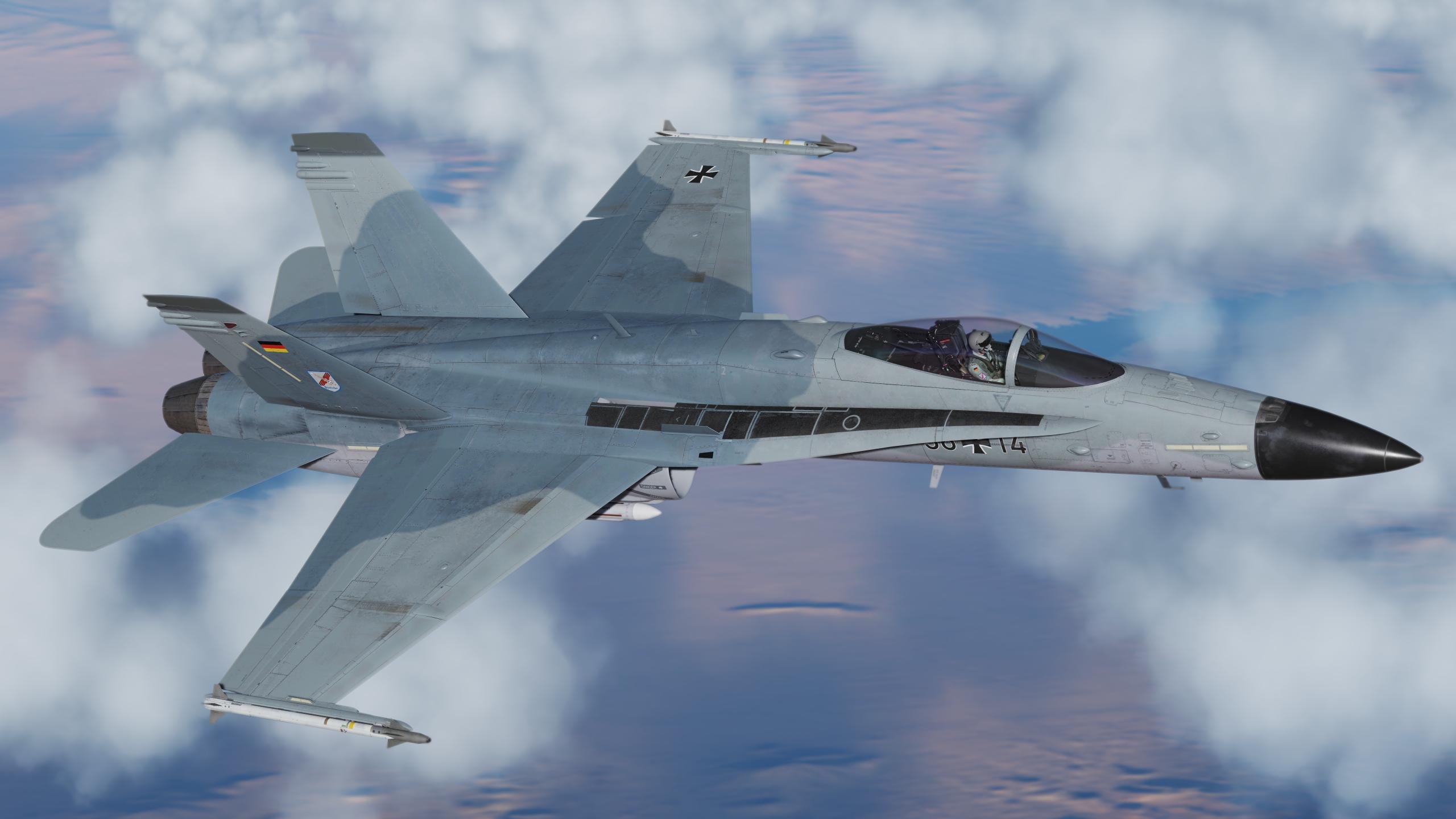 My idea was to create a skin similar to the original texture template but based on a real life German camouflage scheme. So I came up to the NORM 95 scheme used for example by the Air Force Fighter-Bomber Wing 31 (Jagdbombergeschwader 31 “Boelcke”) for the Panavia Tornado.