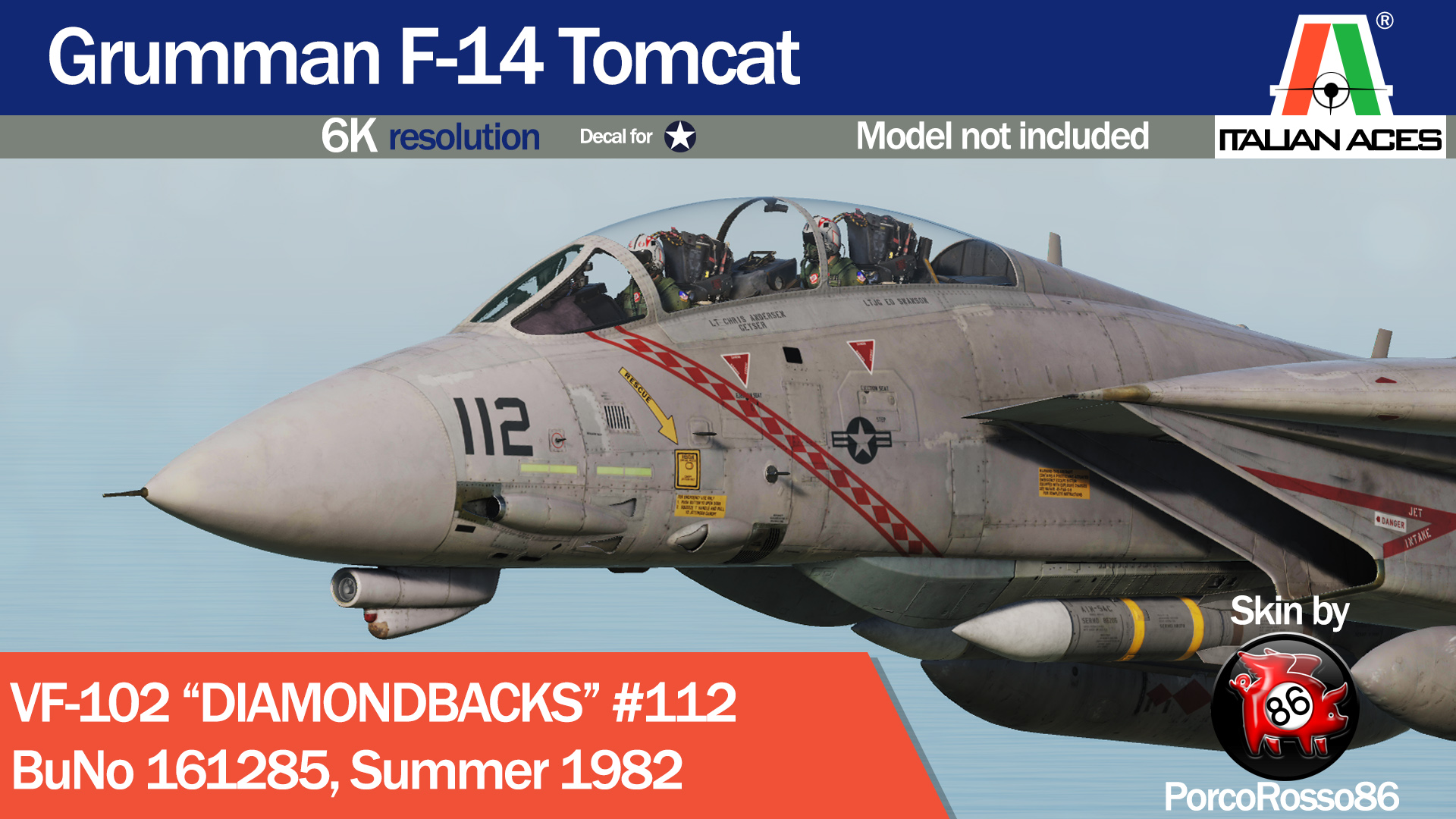 
From an original request of Tincup
This livery was delayed a lot, was ready on mid summer, but the lack of infos about RIO callsign and name gave me some delays.
I publishing with a "hypotetical" RIO name, after some research about it, but without the callsing. If anyone can help me with it and maybe about cap' plane I'll eternally glad

And now a brief piece of story:
"The first squadron to be designated VF-102 was established on May 1, 1952, and it flew  the F4U Corsair and then the F9F-5 Panther for just over three years. On July 1, 1955, the  squadron was redesignated VA-36, and it moved from NAS Cecil Field, Florida, to nearby NAS  Jacksonville. (..)
In 1981, they  began their transition to the F-14A, and the squadron became operational with Tomcats in  1982.  Since VF-102 transitioned to the Tomcat fairly late compared to other fighter squadrons,  the TARPS reconnaissance pod was already in service when the “Diamondbacks” made their  transition, and they became operational as a TARPS-capable squadron. Along with the  “Starfighters” of VF-33, they were assigned to USS AMERICA, CV-66, as part of Carrier Air  Wing ONE. Shortly after completing their transition in the second half of 1982, the  “Diamondbacks” embarked in AMERICA to take part in the Exercise Northern Wedding with  U. S. and other NATO forces. "